In tikz, how to pass named coordinates to a named pic?

I have found problems when passing a named argument to a pic, but only when the pic is also named.

Any help for this problem (or a workaround) is welcome. Thanks in advance. 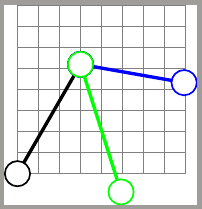 [This is really a long comment...that is too long for a comment]

Like Torbjørn, the code in the OP compiles for me so I wonder if the problem is really that the OP does not seem to be using the correct syntax for the \pic command. According to the manual, the syntax is:

In particular, when it is supplied the prefix should come before the coordinates. As such the MWE should look more like:

I have changed the the third pic to use MyLink 2. With the code in the OP, the red link is just drawn over the top of the green link. 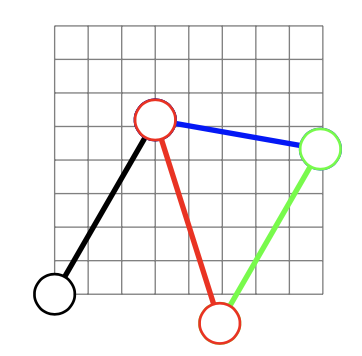 What is actually happening here is that:

Not the answer you're looking for? Browse other questions tagged coordinates tikz-pic or ask your own question.

7
Anchoring complex tikz pic
4
How can I pass an array as argument to a tikz pic?
9
TikZ fill not being drawn using named coordinates
4
TikZ: clip with Pic?
1
TikZ/PGF key filters : overriding color
3
TikZ: How to pass default option to pic?
2
How to align eso-pic & tikz coordinates
4
Named paths inside a tikz/pic
1
How to pass position arguments correctly from pic to new command in tikz?
8
How can I draw angled lines in LaTeX to create ruled template for calligraphy?