TikZ draw line from one page to another

I'm in a twoside environment and have two tikzpictures in figures at the top of each of two opposing pages. Is there a way to draw lines that connect the two tikzpictures across the two pages? I have managed to draw the parts of the lines that belong on the second page. I don't suppose we can go back and draw on the previous page during the compilation? Is there maybe a simple way to store coordinates between compilation runs, so that we know on the left page where the right figure will end up?

Here's what I have right now:

Here's how I imagine it should look – the red lines are where I'd like to have the lines on the left page: 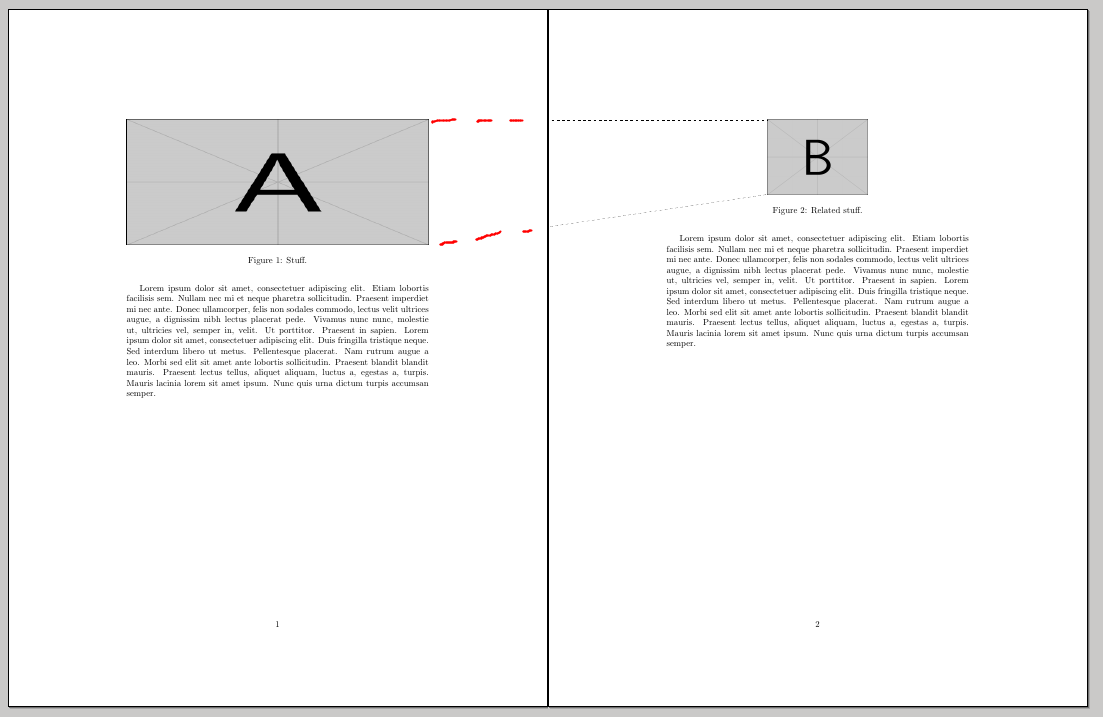 This may look bad depending on the kind of book binding, but could be neat if the pages lay flat (and directly next to each other).

The key that invokes this behaviour is next page (or next page vector if you want full control). By invoking next page=right, we envision the pages being laid out side-by-side from left to right and a tikzmark now appears to refer to its absolute position as the pages are laid out (actually, it's always relative to the current position, but it is appearances that matter).

So to implement this in your code, we place some handy tikzmarks at the corners of your images (since you are embedding them in tikzpicture environments this is very easy to do). Then we set the next page key when we draw the lines. The only catch is that we have to draw the lines twice -- once for each page that the lines cross (this could be automated with a bit of footer/header trickery and the \iftikzmarkoncurrentpage command, but in this case I think that's overkill).

You can use the tikzmark library: 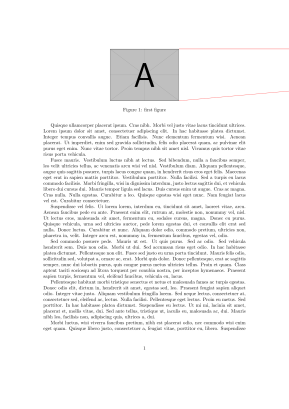 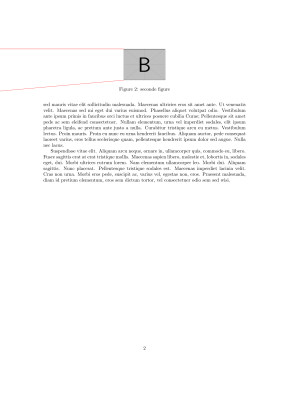 Two new commands and a new tikz option are defined:

17
How to define the default vertical distance between nodes?
16
Numerical conditional within tikz keys?
12
Drawing rectilinear curves in Tikz, aka an Etch-a-Sketch drawing
9
Line up nested tikz enviroments or how to get rid of them
3
How to draw a square and its diagonals with arrows?
6
How to plot polar formed complex numbers?
8
How can I draw angled lines in LaTeX to create ruled template for calligraphy?
3
Arrow between BTrees