Spacing in proof environment with \item 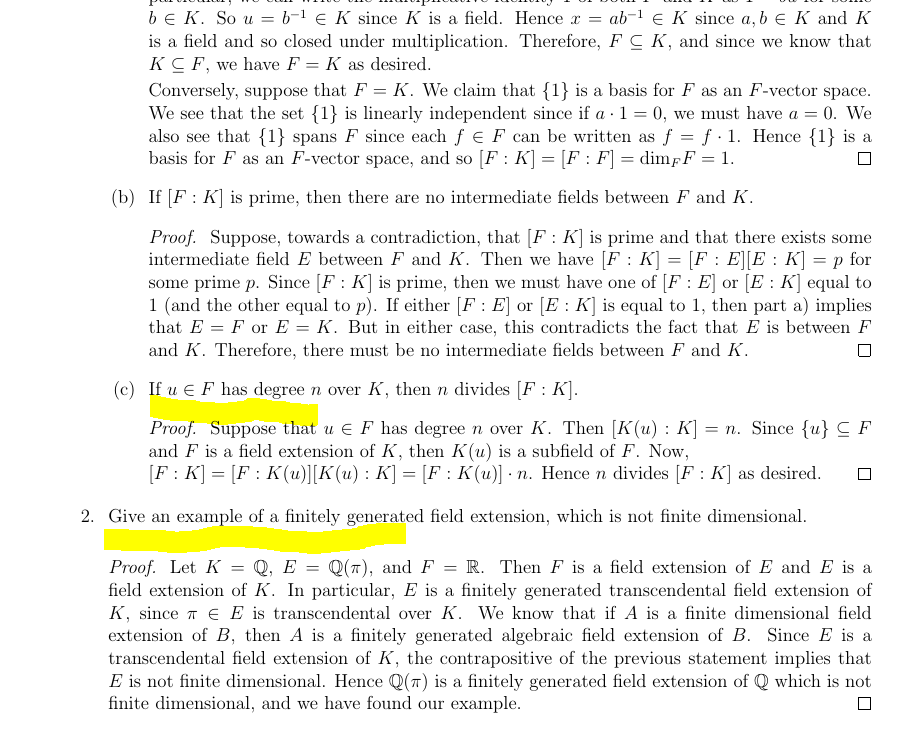 I am trying to write up some proofs, and I noticed that there is more vertical space between the end of question 1 and the beginning of question 2 than there is between the different parts of question 1. Since they are all using the same proof environment, I was wondering why this is the case. It's possible that this is conventional but I don't think I've seen this kind of spacing before in other papers, so I was wondering whether to try to adjust it or leave it as is. 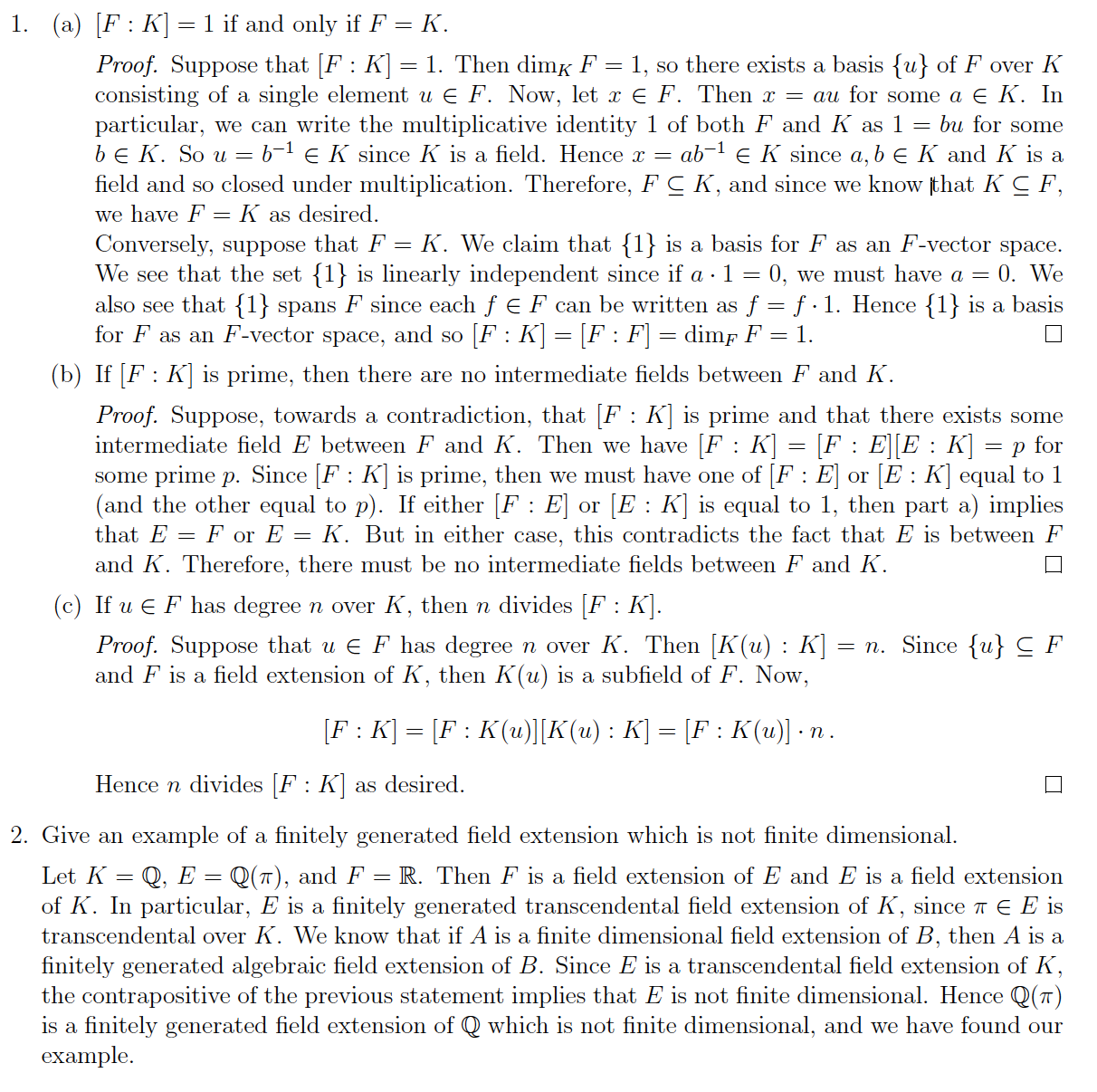 From your MWE understood that you need to add more vertical space at the end of the proof envirionment, if I'm correct, please try with the modified MWE:

Please correct me, if my understanding was wrong....

Not the answer you're looking for? Browse other questions tagged spacing line-spacing proof-package or ask your own question.