[update: I tried the answer (as best as I could) that was commented and seemed to work for one person, but the problem is still persisting]

I tried this on PDFLaTeX, but since asking this question I have switched to XeLaTeX, if that makes a difference. I have updated screenshots to reflect this, but note that I could not get it to work on PDFLaTeX, either.

I am new to using LaTeX for linguistics and only used it for math in the past. I am currently applying to grad programs in linguistics so I am using LaTeX for my writing sample. I feel like there has to be something easy that I am missing, but I have combed through all the other stackexchange threads I could find and various manuals online to no avail.

I ensured that I had both {leipzig} and {glossaries} downloaded:

Here is a link to the Leipzig Package Documentation/Manual: https://ctan.math.illinois.edu/macros/latex/contrib/leipzig/leipzig.pdf

Here is a screenshot of the minimal code listed for an inline glossary in the package documentation: 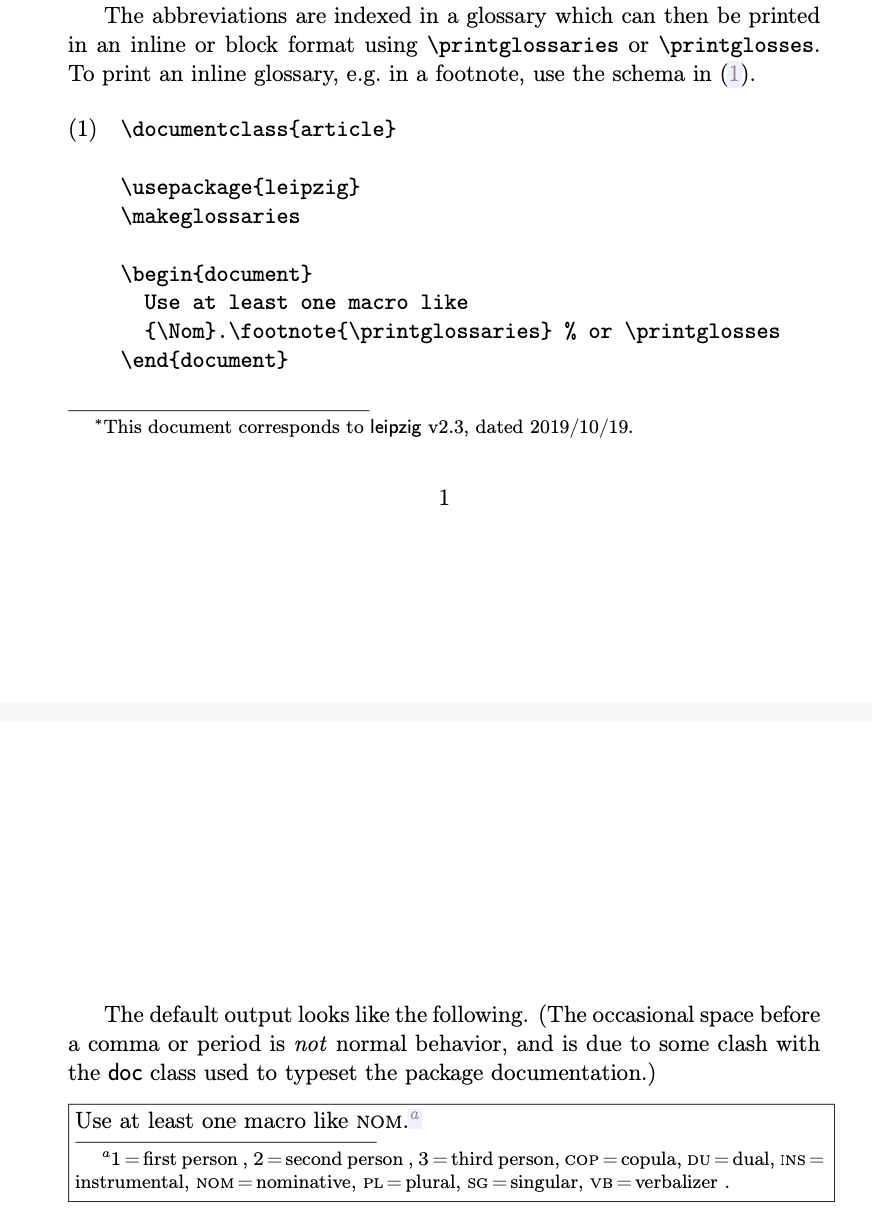 This is what the code for that looks like in my XeLaTeX:

Here is a screenshot of it: 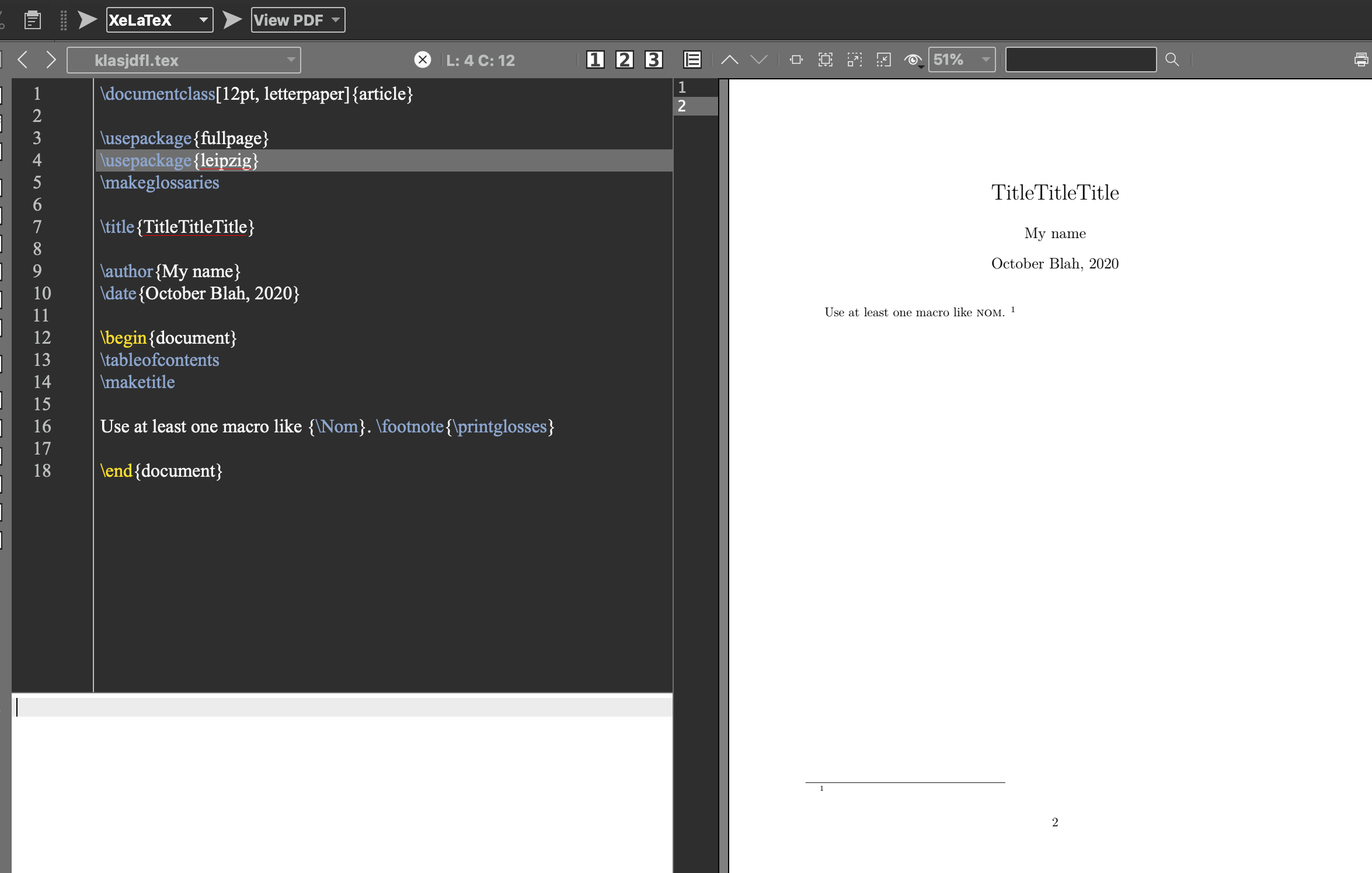 I tried to use /usepackage[glossaries]{leipzig}, as well. I also replaced /makeglosses with /makeglossaries -- no combo seems to work.

I compiled it with XeLaTeX at least two times every time.

Adding \usepackage{glossaries} (note that this is not in the package instructions code) gave me the following error: 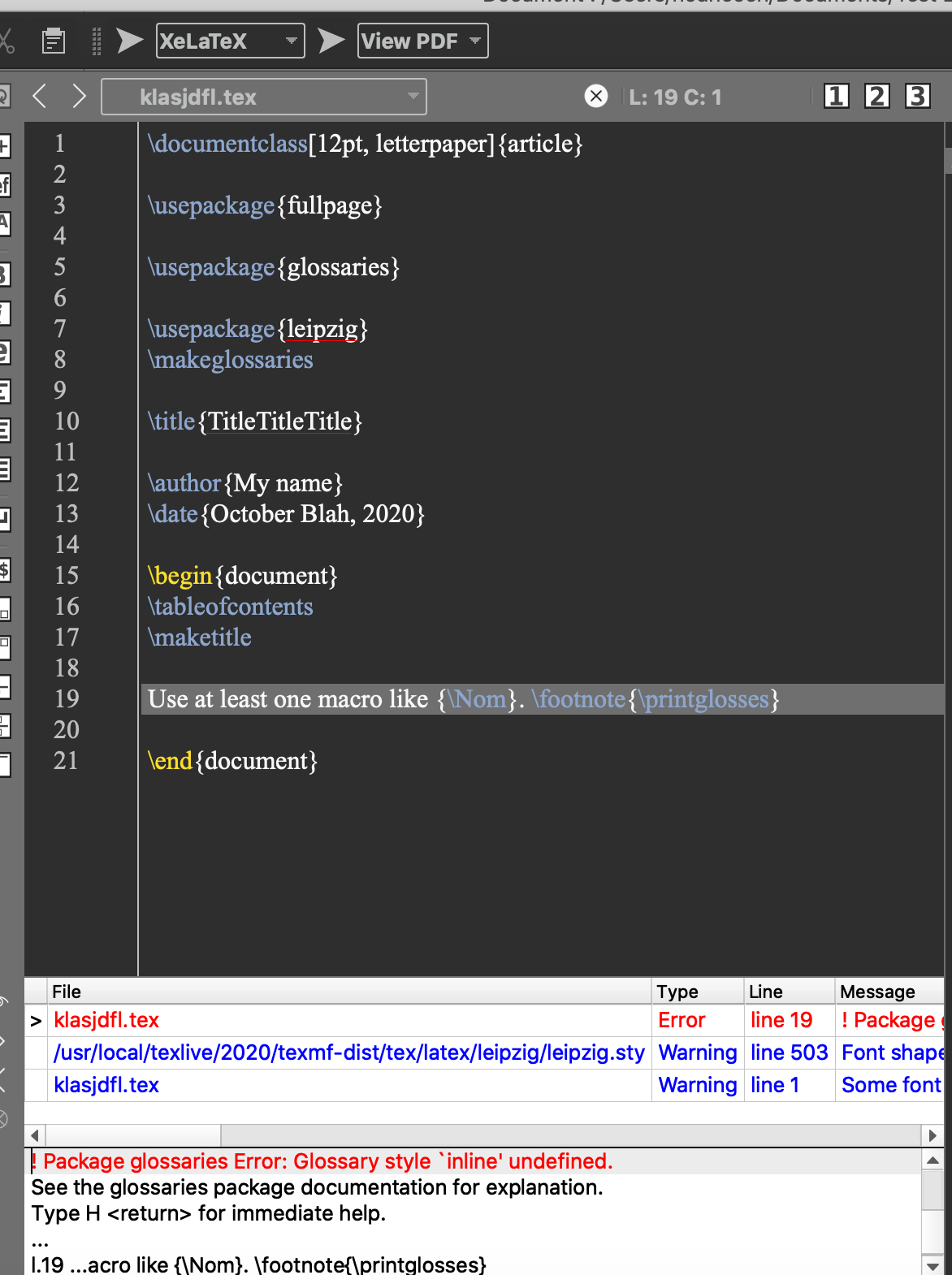 Using \usepackage{glossary-inline} fixed this error; however, it still did not produce a glossary. I just had the following code, but still no change in the actual document:

I am using the latest versions of MacTeX, TeXMaker, Leipzig, and Glossaries and am running the last OSx.

There is a second suggested code in the Leipzig Package Documentation (and in fact, this type works better for my paper, but still does not work).

Here is the screenshot of the package documentation: 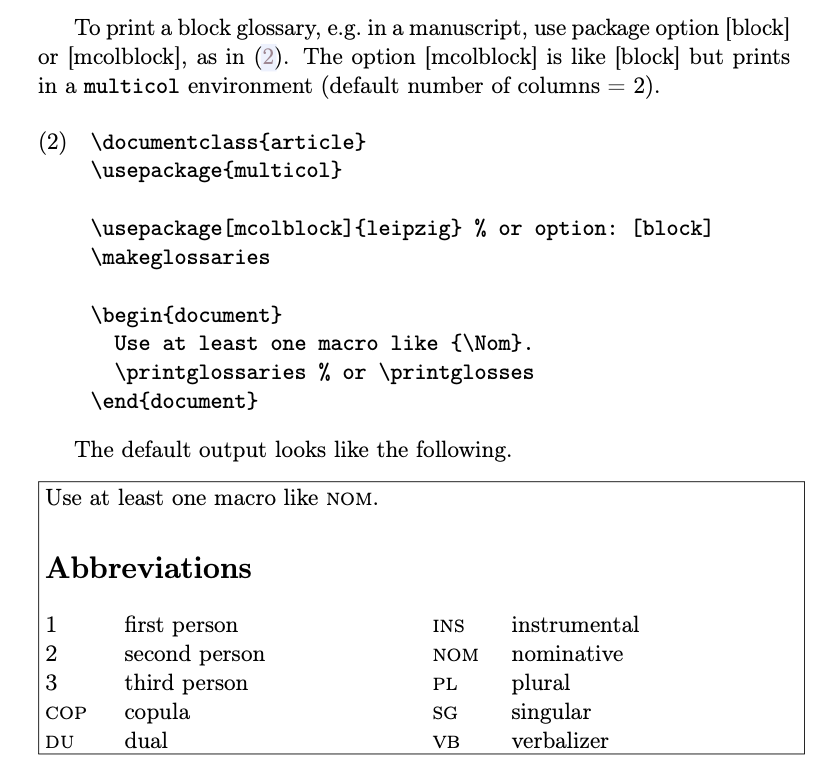 Again, I tried both \makeglosses and \makeglossaries, as well as both the [block] and [mcolblock] options. None worked.

It results in this mess and still does not produce a glossary: 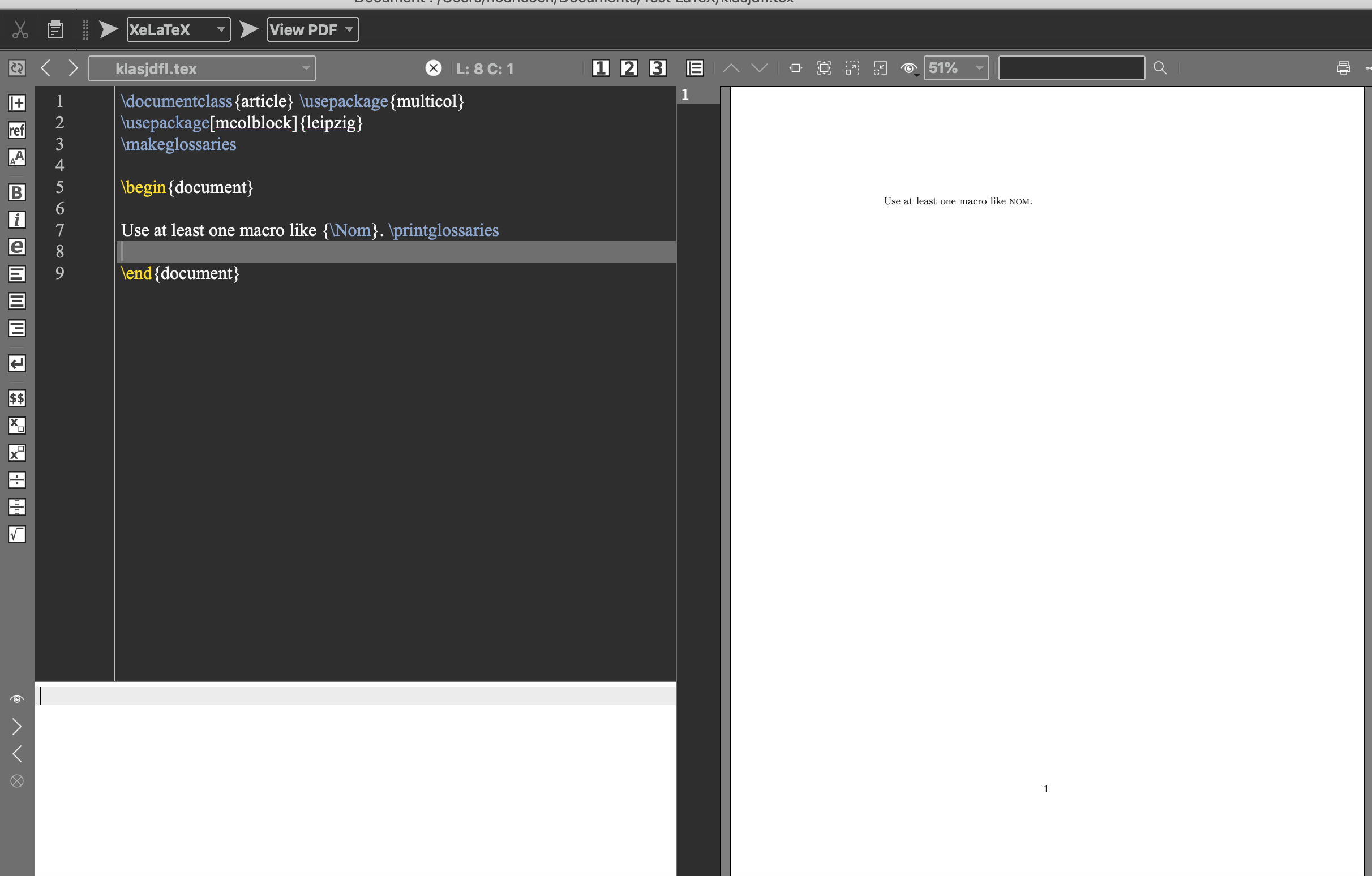 I even added a \section{asdf} to see if it would print under it, but with no luck.

Any help or advice would be greatly appreciated! I've been trying to fix this for literally weeks.

The documentation kind of buries the lede. The glossary itself is generated by the makeglossaries command. By default, TeXmaker doesn't provide access to it, but apparently it's not too difficult to add it. See this answer Using Texmaker with glossaries on Windows

From the terminal, the command sequence is:

Not the answer you're looking for? Browse other questions tagged glossaries texmaker mactex linguistics leipzig or ask your own question.

1
Glossary entry not updated
4
Glossary per chapter (not by section)
0
Glossary not being updated, document complaining about non-defined acronym
4
Linguistic glosses with Leipzig package including morpheme boundaries
2
How to center entire glossary but not column contents using leipzig package