Directed Graph for the Collatz Conjecture

The following directed graph contains sample orbits of the Collatz Conjecture. I think it may have been originally produced with Mathematica.

Is it possible to produce something similar with Latex? If so, are there any paradigms to follow? I couldn't find a similar example on this site. Thank you.

Lua(La)TeX lets you do nice things via TikZ's graph and graphdrawing libraries. What I post is a first attempt and my Lua is better than my LaTeX I guess, so bells and whistles are up to you. 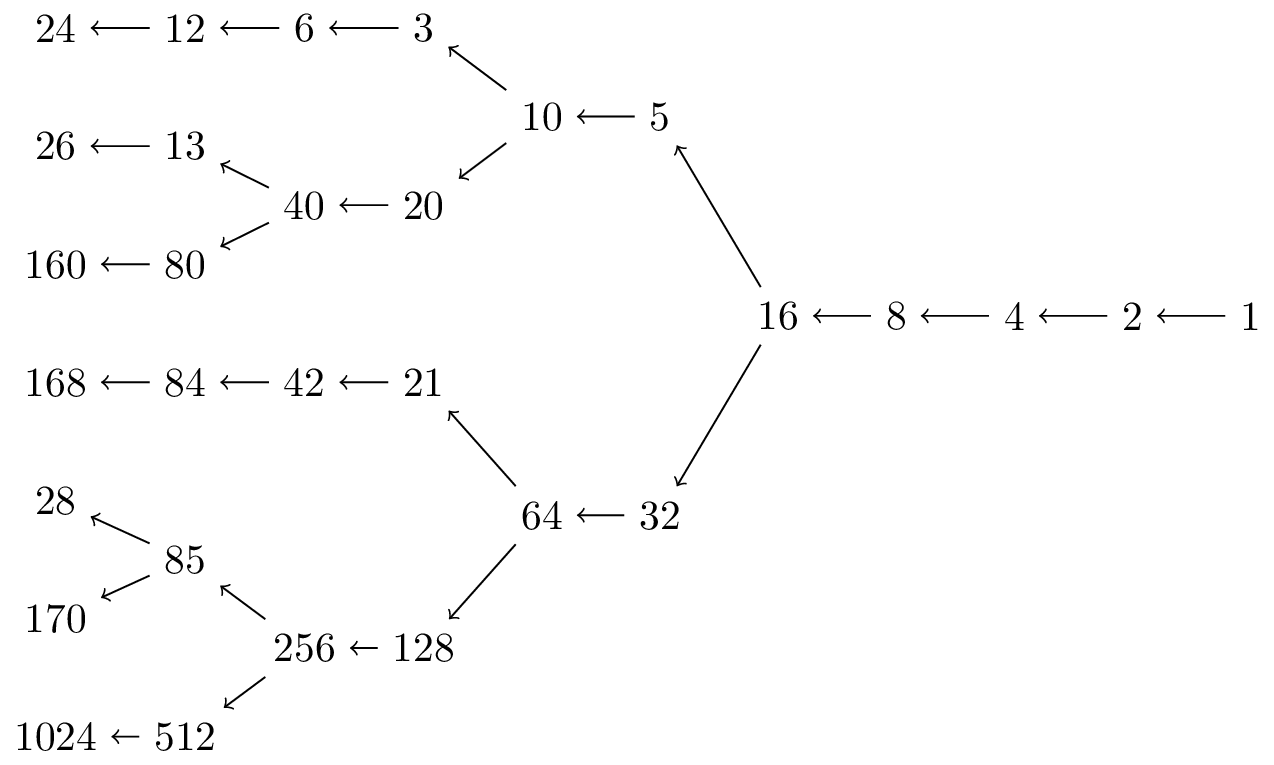 Running in Cocalc we get: 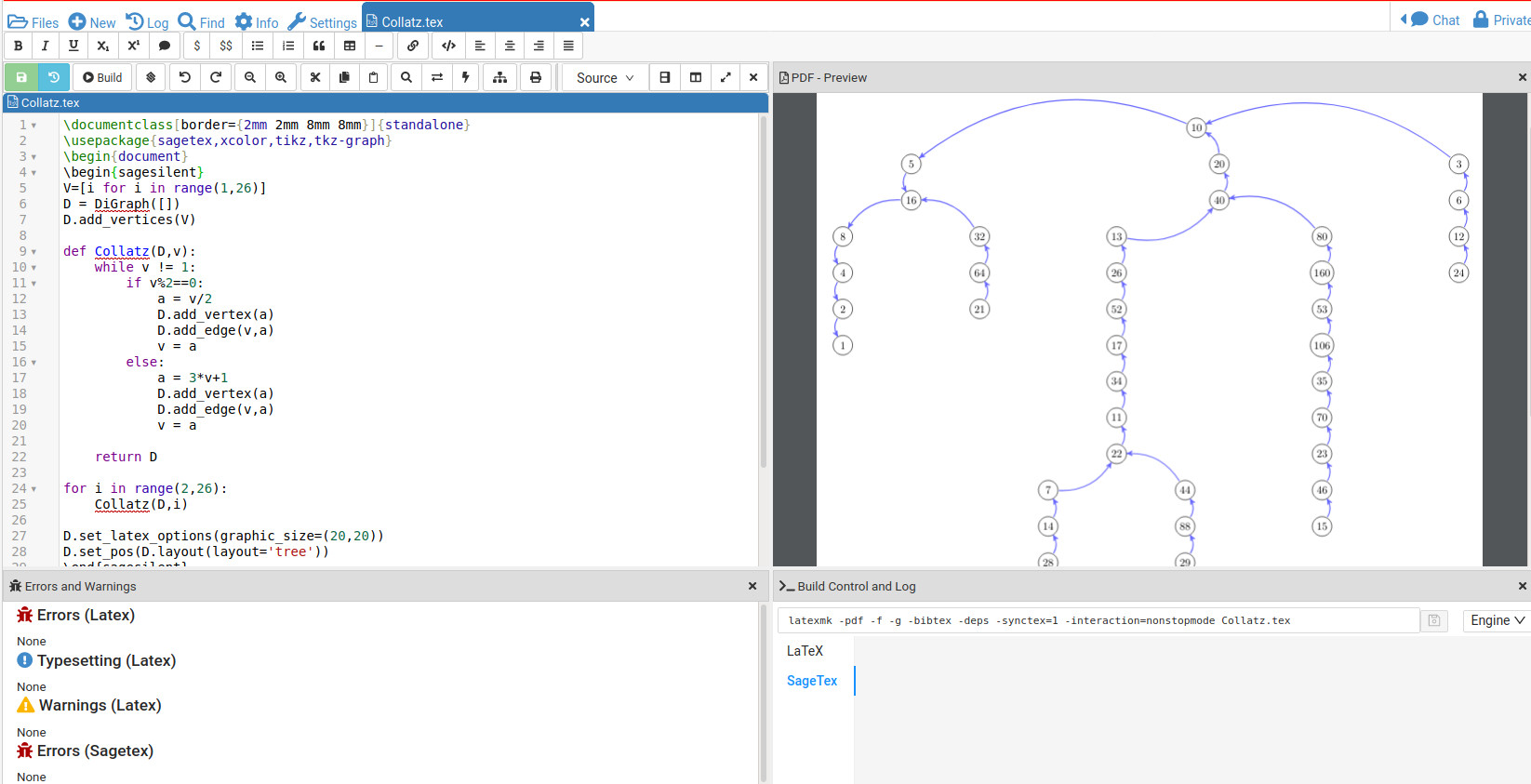 Representation using digraphs involves directed edges (arcs) with a bend to them. To get rid of that you would have to create a graph and use tikz to get straight, directed edges. This would be a bit more time consuming. SAGE is a computer algebra system which is not a part of LaTeX. The documentation for generic graphs and digraphs is here. The best way to explore sagetex is through a free Cocalc account. The documentation for sagetex is on CTAN here.

(This answer is based on studying the earlier answer to this question, by user Jairo A. del Rio. It's probably redundant, but I had starting typing this a few hours ago so might as well finish it up…)

One of the TeX/LaTeX packages for drawing is TikZ, about which I don't know much, except that normally you can draw diagrams by specifying the positions of nodes, and drawing paths between them (see The Morse code of TikZ in TUGboat), with various shortcuts.

Here we probably don't want to (compute and) specify the position of each position manually: for this, TikZ has some support for algorithmic graph drawing, in particular its “tree layout” is suitable here. For example, you can obtain the following result:

with the following input:

(Just showed a variety of options for how we can specify the edges: we can chain multiple of them, whitespace doesn't matter, duplicate edges are ignored, etc.)

To get something closer to the image in the question:

From these ideas, we can assemble a solution. Put the following in a file called collatz.lua:

And then your .tex document can be:

Edit: Without the optimization to avoid duplicate edges using next, it takes significantly longer even at say n=40. I tried another optimization: that of printing each edge immediately with tex.sprint instead of accumulating all these strings and printing them once at the end, but it makes no noticeable difference even at n=10000 (running time of about 3 minutes). I guess that most of the time is taken inside TikZ itself (after Lua puts the edges into the TeX stream), and joining strings on the Lua side is relatively fast.

Not the answer you're looking for? Browse other questions tagged tikz-pgf tikz-arrows nodes or ask your own question.