Problem with “shadows” library of Tikz

I just updated Miktex. When I compile a Latex document with the commands :

a big black logo appears at the top left of the first page of the DVI file, but not in the pdf file. It is the "shadows" library that creates this problem. Do you have a solution ?

Short answer: This is a feature of the latex+dvips+ps2pdf workflow and cannot be avoided in connection with the recent (v3.1.6) release of PGF and its shadows and fadings TikZ libraries.

Fadings, also known as transparency gradients or soft masks, are a PDF-only feature (as is basic, constant transparency too). Fadings have been made available for the DVI->PS->PDF route only recently (PGF-3.1.6). User- and pre-defined fadings were just ignored in previous PGF versions.

Defining a soft mask involves the creation of a so-called PDF-XObject, a self-sufficient, graphical object that is later used to mask (i.e. to add transparency to) other graphical objects, as shown in the example below.

Creating a soft mask takes place at the upper left corner on the page of its definition. Pre-defined soft masks of the fadings library are created on the first document page. What you see in the intermediate PS output are the underlying graphical objects that are used in this process. They cannot be hidden, but disappear in the final PDF-making step (ps2pdf -dALLOWPSTRANSPARENCY ...).

Since Fadings are a PDF-only feature, it does not make sense to publish/to release the intermediate PS version of a document containing these. You will have to produce (ps2pdf -dALLOWPSTRANSPARENCY ...) and ship the PDF instead.

If you really need to send out PS, perhaps because the publisher wants it, convert the PDF back to Postscript, using pdf2ps. The resulting Postscript is visually indistinguishable from its PDF precursor.

Example document ex.tex with a user-defined soft mask. Typeset with

Intermediate Postscript (as shown in gv or GSview or printed on paper): 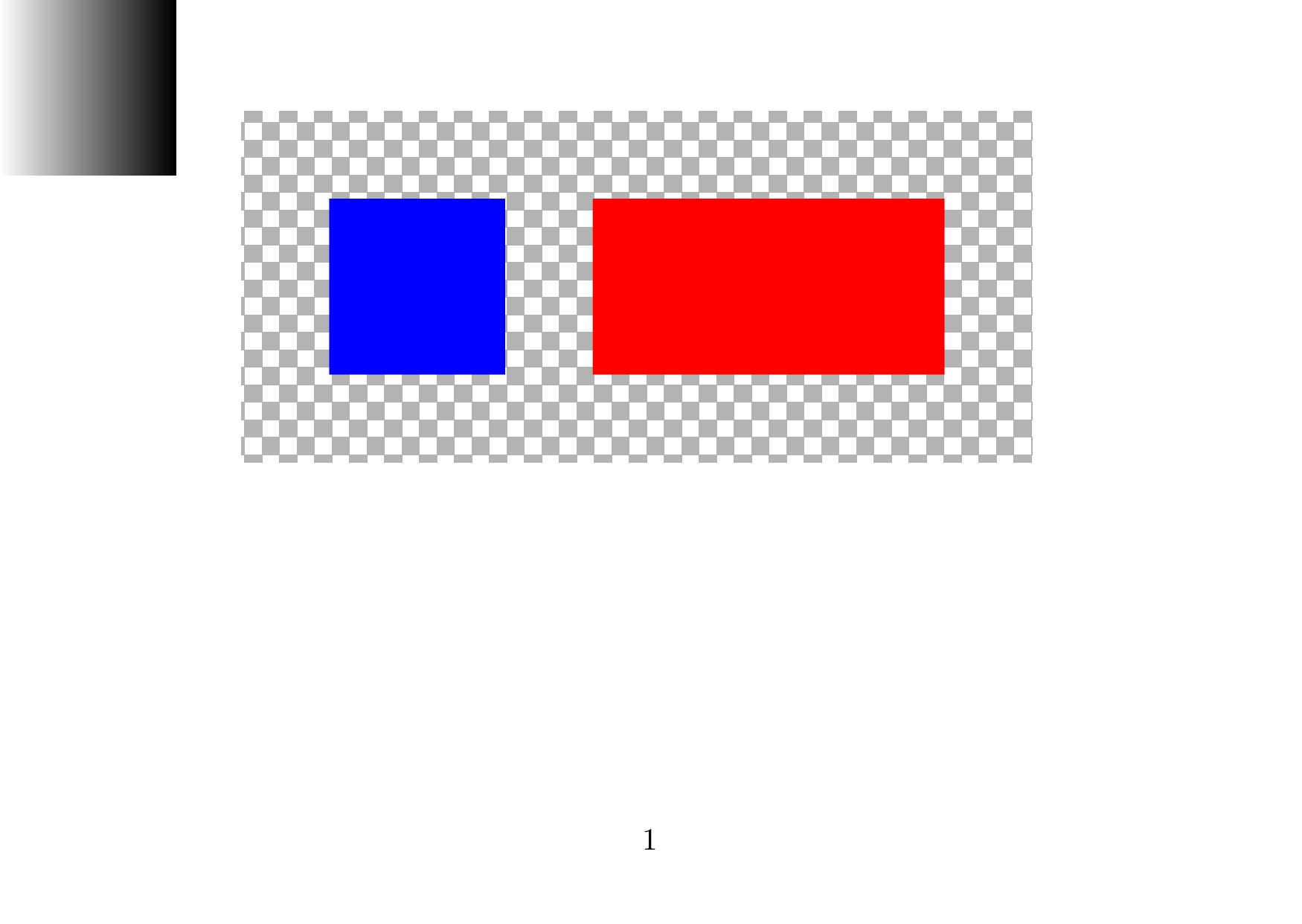 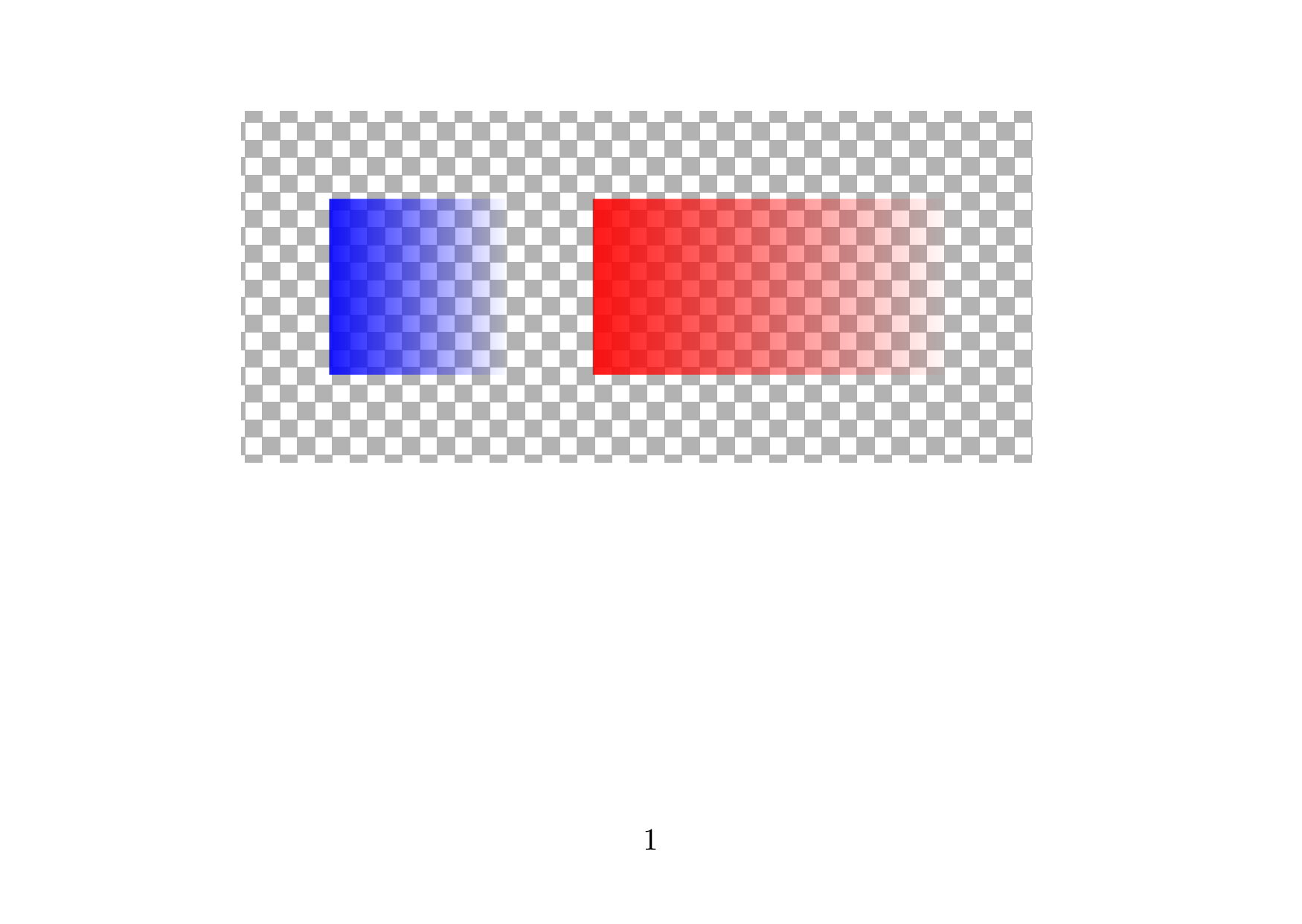 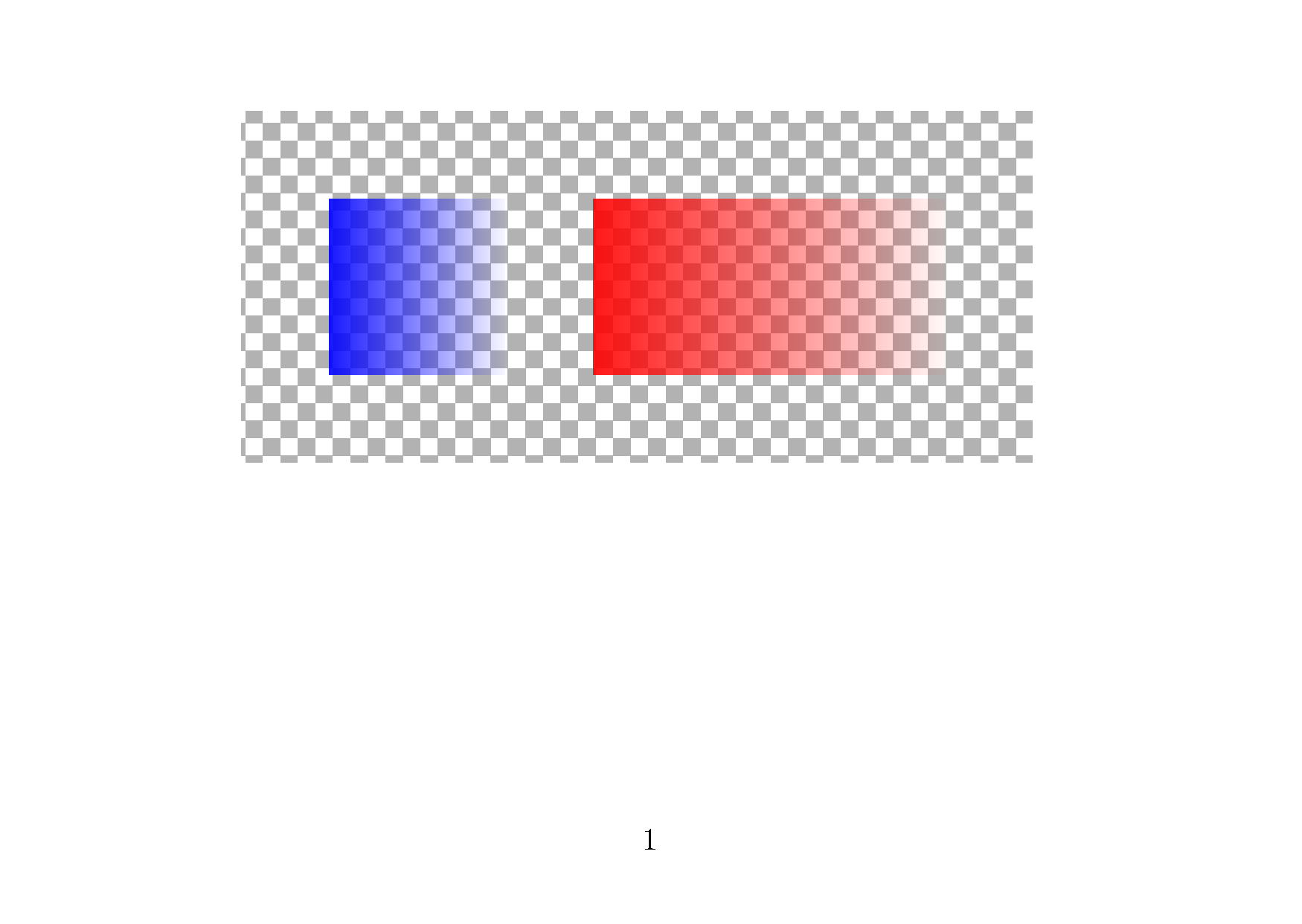 Not the answer you're looking for? Browse other questions tagged tikz-pgf dvips shadows ps2pdf or ask your own question.

7
Tikz with positioning does not work with DVI
12
tikzpictures give huge pdf files when processed via dvips and ps2pdf
2
Compile with TikZ external library
3
Problem compiling TikZ diagram using template
7
Why do I get an extra white page before my TikZ picture?
2
Beamer boxes with flat shadows
2
How to install the tikz rulercompass library on mikTeX and Windows?
0
How to take out all links from a pdf, but keep their color?