Can the split environment be used for only one equation?

Within the span of half of a page, the User's Guide for the amsmath Package gives conflicting assertions about whether the equation or align or gather environment housing the split structure can contain only one equation or multiple equations. 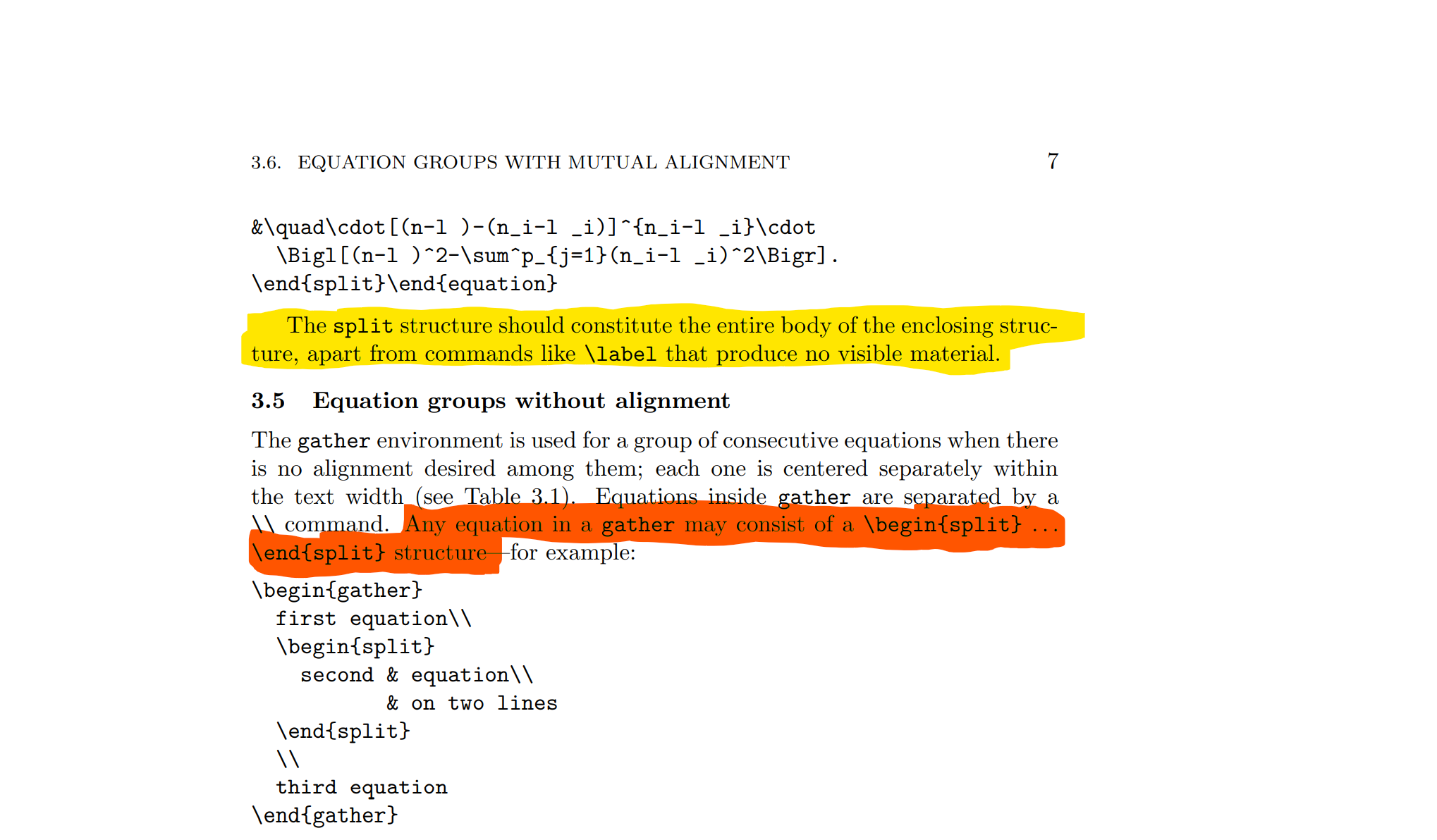 Well, which is it?

Also, what is a good way to split multiple long equations in an align environment?

Here is an MWE try: It has three equations, two of which have long right-hand-sides that need to be split over multiple lines. There should be only three equation numbers on the left side 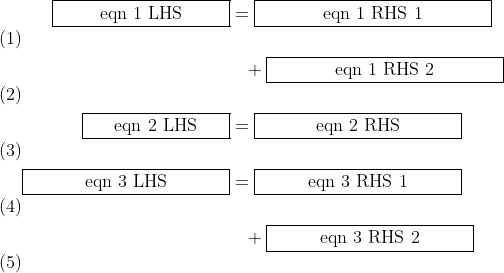 Can the split environment be used for only one equation?

Using the sentence you highlighted in yellow, I believe the answer should be

A split environment should contain the entire body of the enclosing structure.

What may give rise to confusion is the term "structure". Consider the case of

which I trust can be accepted as an example of a particular structure, viz., a two-line equation. Now consider three different ways to typeset this two-line equation/structure. The first uses split, with split enclosing the entire structure; the second uses aligned; and the third tries to mimic the second but with the use of split. The first two ways succeed, whereas the third quite obviously does not. Observe also that I could have placed the first two structures in independent equation* environments without provoking a change in the way the structures end up getting typeset.

Not the answer you're looking for? Browse other questions tagged equations split gather or ask your own question.

45
What's the difference between split and aligned?
3
How to Split equation in aligned environment
2
Visually grouping split equation
7
Using 'equation split', how can I ensure that only the last equation is numbered?
3
Amsmath split environment changes alignment inside gather
4
Aligning multiline equation to the left with only one equation number
1
difficulty in numbering the equation properly when used in subequation along with split
2
Equation split with bracelet over one line
0
Equation cant be referenced - split environment
2
Aligning a group of muti-line equations within along align environment