Computer Modern Unicode: Inconsistency in letters small a and g in italic fonts

I found a kind of inconsistency in the Computer Modern Unicode font family between the italic fonts and all others for the letters "a" and "g". In the roman, sans serif, and typewriter fonts the letters have the left form and in the italic versions the right form.

While the non-italic fonts provide alternative shapes, available via \char"0251 and \char"0261, to match them with the italic version, it doesn't work the other way around. There are no corresponding glyphs provided.

I understand that the italic fonts probably were mainly designed to be used in math typesetting and there the available shapes are prefered. But why are there no alternative glyphs to choose? Or are they somewhere available and I just couldn't find them?

Is there a good reason to favor one shape over the other? (Or for mixing the shapes within one font family?) Below is a comparison of the two alternatives for different computer modern fonts. 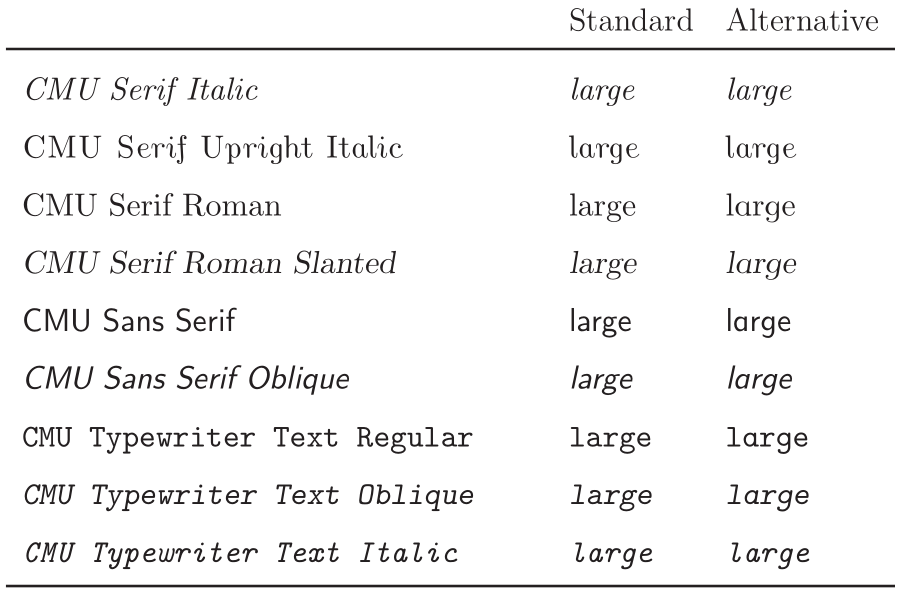 Browse other questions tagged fonts typography or ask your own question.