I am interested in producing a series of balls which contain a pictorical idea of movement, to represent a gas. As such, I would like to apply a rotation in each of this set of "balls in motions" (which I shall refer henceforth as just mballs) according to random angles. 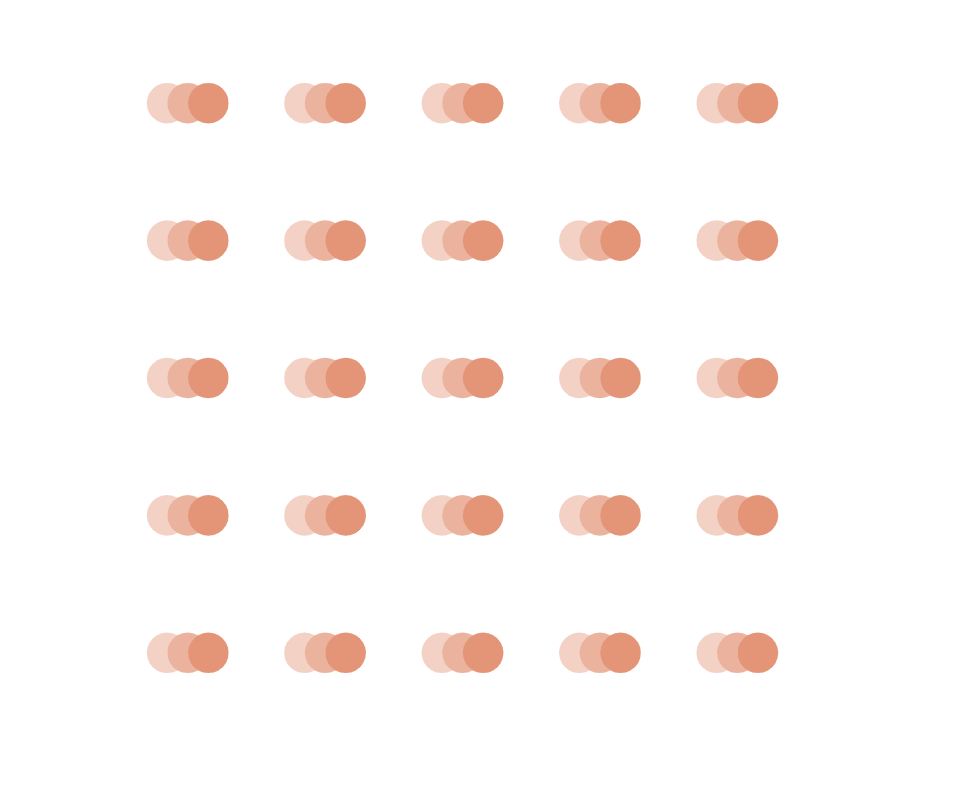 I tried a couple of things so far, but my problem is, particularly, to let each of this mballs acquire a different angle. That is, the randomness of the angles is not a big deal, but if I try to add an angles in the loops, which could depend for example on the variables \x or \y it just doesn't work, I mean, I tried something like

or even for a fixed angle

or even for a fixed angle. So, to wrap up, my questions are:

(1) How should I adjust my syntax for this to work? That is, I'd like to still be able to perform the loop and apply a rotation to the mballs in each step.

(2) Not so important, but relevant, what's the best way to implement the randomness in such angle?

Your choice of defining the command \ball the way you do it removes the possibility of easily passing optional arguments (as the rotation angle) to your construction.

This could be solved by rewriting the definition of your command. But tikZ/pgf provides a ready-made solution for your problem: pics.

The idea is that a pic is simply some code that you can add to a picture at different places using the pic command whose syntax is almost identical to the node command.

In your situation (I've adapted your code to my personal taste),

inserted before your tikzpicture would allow you to insert a rotated version of the three balls anywhere:

Now Jairo A. del Rio's comment is easy to implement: 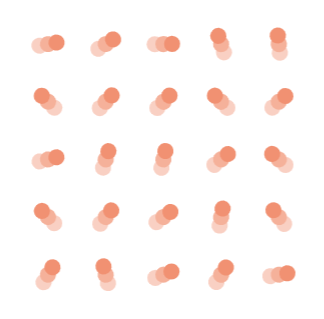 32
Spirograph, Continuous Rotations in TikZ or PSTricks
5
TikZ circuits: symbol for gas discharge tube?
17
TikZ: Drawing an arc from an intersection to an intersection
4
Combined rotations in tikz
4
Tikz picture using random number
1
tikz-picture: for-loop over array
8
How can I draw angled lines in LaTeX to create ruled template for calligraphy?
1
Loop picture using TikZ
1
How do I change the radius of circle in a node in tikz style?
2
Document header with tikz