Now, either of these things seem to commute with themselves nicely; if I try

Likewise, composing shift transformations acts how I would expect.

Where I run into trouble, though, is combining the two.

I would expect that the second scope here "believes" y to be the vector (0,2), and so applying a yshift of 1 should shift the picture up by 2 units in the underlying coordinate system. Instead, it seems that the yshift is performed relative to absolute coordinates.

Why doesn't this happen, and what should I do to get the desired behavior? (Obviously in this case I can manually adjust things, but in practice I am working with much more complicated nested scopes and this is not so feasible.)

In TikZ there are two types of operations: some are affected by transformations, some are not. The former are for the general drawing, the latter are for adjustments, labels etc. xshift and yshift belong to the second group, while shift belongs the first one. So, instead of yshift=1cm, use shift={(0,1)}. 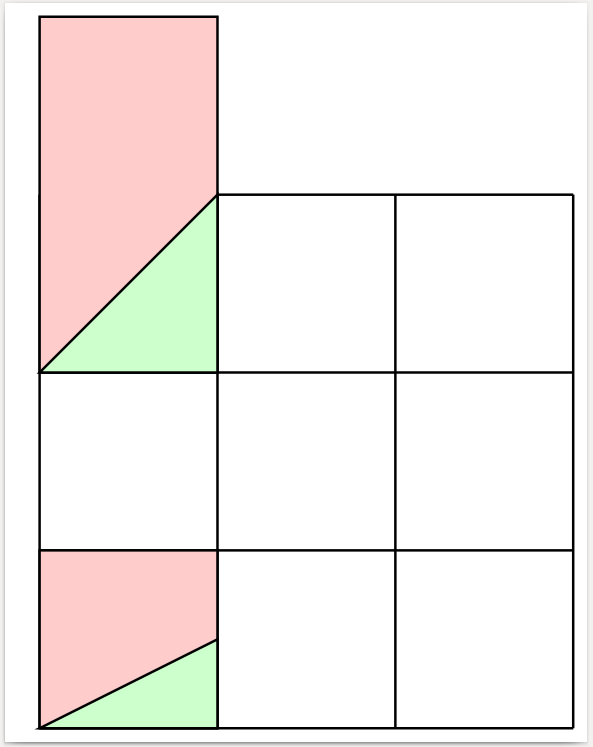 14
Rotate a node but not its content: the case of the ellipse decoration
21
Can I define a new shape with predefined filling and shading to be used in decoration?
3
Shifting nested tikz scopes with a command
18
TikZ: Drawing an arc from an intersection to an intersection
3
Interaction between "scope + shift" and "fill between" from pgfplots
1
tikz: positioning when using metrics without and with units
9
Line up nested tikz enviroments or how to get rid of them
2
How to locate a tikz matrix at a particular point, besides xshift and yshift
1
Tikz images are always shifted to the right and xshift, yshift and shift do not work