Bounding a picture inside a shape on a node

I have a tikzpicture tiled inside of a tikzpicture with the shape of a starburst as a central, repeating node. I want to fill the starburst with a picture. Normally, for a question here, I'd take the starburst out of the tiling and have a much simpler MWE. However, I do not want work-around solutions that are incompatible with tiling using an \sbox. I have this which produces a starburst in a tiling as expected: 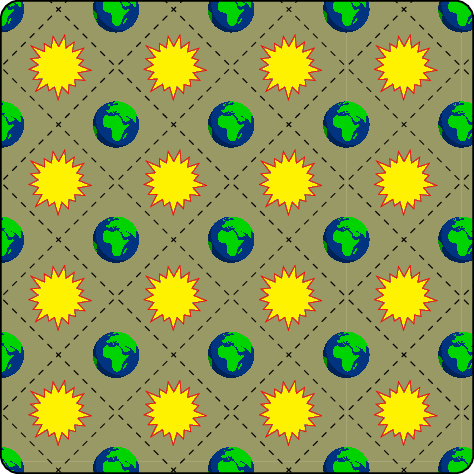 When I replace ] at (2*\x+1, 2*\y+1) { }; with ] at (2*\x+1, 2*\y+1) {path picture bounding box.center={\node {\includegraphics[width=0.065\textwidth]{Fireball.png} } } };, I get an error message that path picture is an undefined control sequence even though the Tikz & PGF manual for Version 2.10-cvs says that nodes are placed on paths. When I substitute ystar.center for path picture bounding box.center, I get another undefined control sequence error.

By substituting \node at (2*\x+1, 2*\y+1) {\includegraphics[width=0.065\textwidth]{Fireball.png}}; for the entire starburst node, I can get this, but the picture is already in the shape of a circle, and I want a starburst. 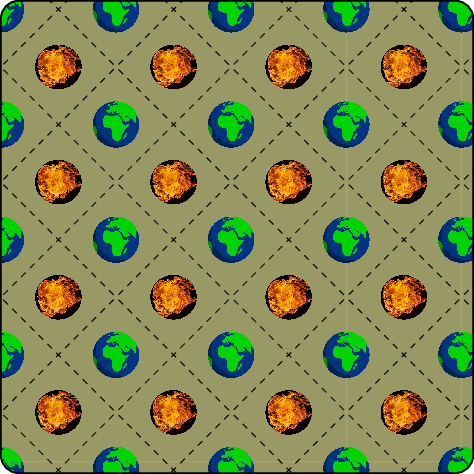 Lastly, I can draw a shape and use that bounding box to trim the picture, but I don't want to draw each segment of the starburst:

Not the actual shape I'll use, but this process does trim a picture by the shape.

This shows how to fill a (drawn) rectangle with a picture, but as I've said above, I'm not looking to draw a shape. I want use a shape from a shape library: How to create a rectangle filled with image using TikZ?

This addresses a particular feature of drawing a rectangle to use to trim a picture, but not what I want: How to create a rectangle filled with image using TikZ?

This talks about including graphics in a node, not the bounding box issue: Moving a picture inside a scope on a background layer

This is close, but does not include the bounding aspect, which is really what is tripping me up: How to typeset a TikZ picture inside a node?

I think the problem is just where you tried to place path picture. It should be into node options not as node contents.

I don't have globe or Fireball images, but as you can see, the result keeps the starnode shape. 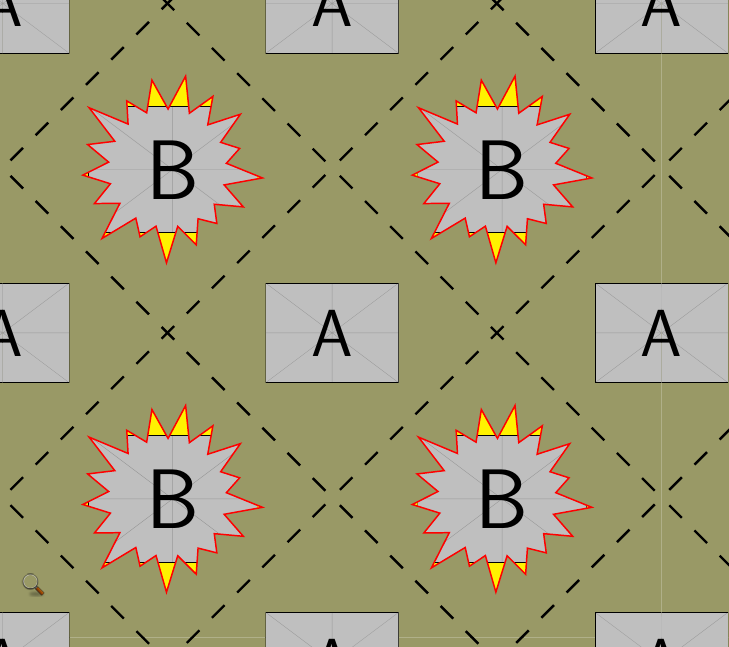 Not the answer you're looking for? Browse other questions tagged tikz-pgf nodes includegraphics bounding-box or ask your own question.

12
How to create a rectangle filled with image using TikZ?
11
How to typeset a TikZ picture inside a node?
4
TikZ: Different shapes inside of a node
1
Moving a picture inside a scope on a background layer

14
Rotate a node but not its content: the case of the ellipse decoration
21
How to define the default vertical distance between nodes?
16
Numerical conditional within tikz keys?
2
picture in picture: how to eliminate influences of outer node options on inner node?
9
Line up nested tikz enviroments or how to get rid of them
1
Creating a Tikz-Picture with respect to paper width
3
Defining a tikz-shape for block mode diagrams
3
Arrow between BTrees
3
Document header with tikz