I have an environment for which I want a few things to happen:

But I ran into problems here with environments that were longer than one page, with the minipage simply continuing into the bottom margin and off the end of the page, then the next page starting with with the extra \vspace.

I also had troubles with the minipage messing up spacing within the environment — specifically space between text and the top of a table — but I imagine that I could solve that later if needed.

You can rely on needspace to calculate the remaining space on the current page and issue a \newpage if needed. The following wraps that into an environment called myenv: 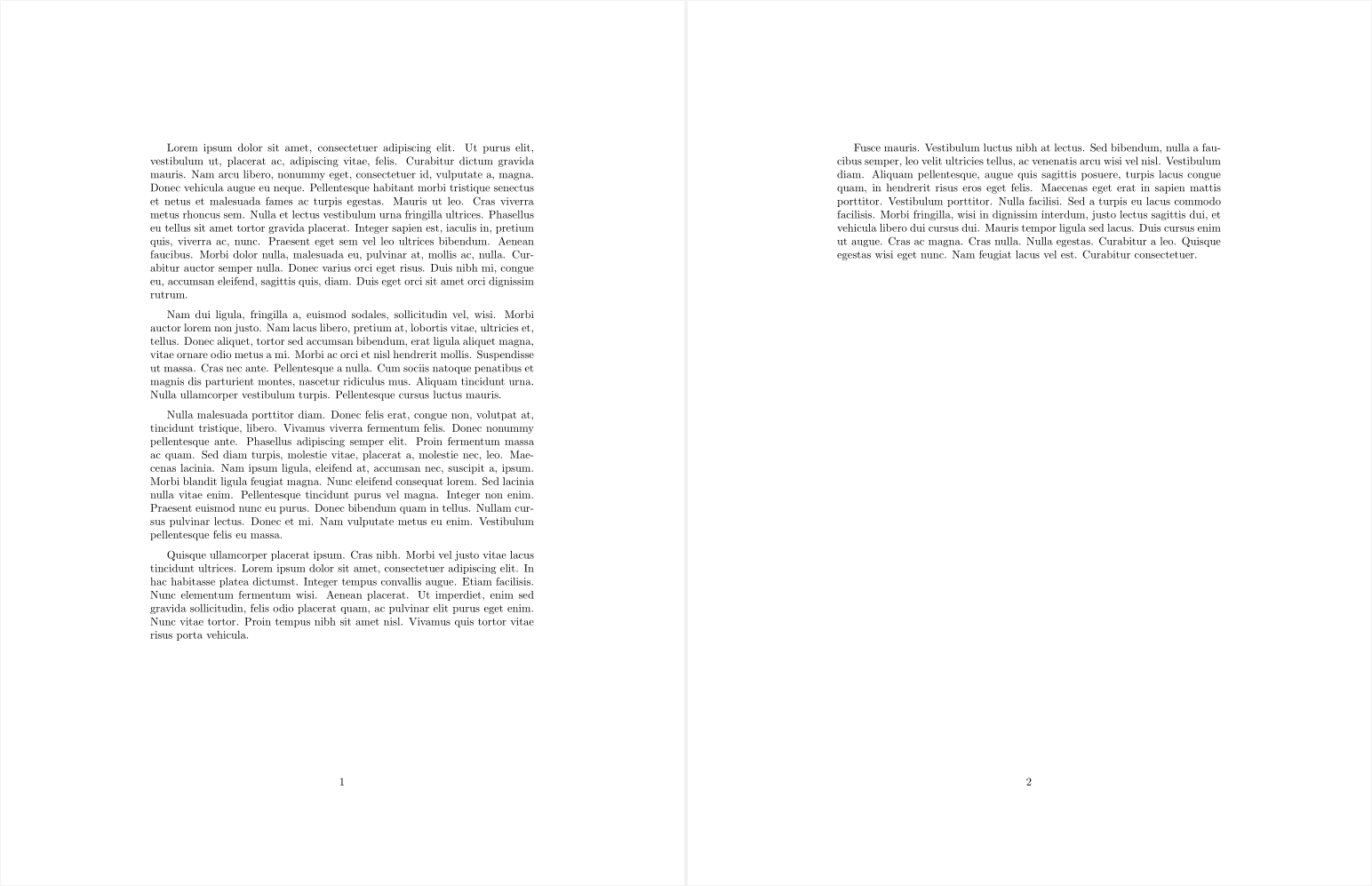 Not the answer you're looking for? Browse other questions tagged environments page-breaking minipage or ask your own question.

16
Pseudo code to be spread over multiple pages?
3
listing in minipage sucks content of previous page to the bottom
0
Equation at page break forces widow line from previous paragraph
1
How to reduce as much as possible space taken by questions of an exam while avoiding questions that spill over multiple pages?
1
moderncv: pagebreak does not adjust the text to the page
3
Preventing minipage from creating a blank page
0
Force pagebreak before sections if the section does not fit on the page