I'm struggling to draw a diagram in tikz. I'm trying to do a simple illustration of a parallelogram inside an arbitrary quadrilateral.

I have the following code to place S halfway between O, and P.

Is there a way to do this? Ideally I would get a named coordinate that I can use for further drawing in the end

but when I tried to draw a line from S to another point I got an error that pgf didn't know any shapes by the name S.

It is not clear, what is the problem. With knowing of the coordinate S you draw a rectangle. It can be simply defined as follows: 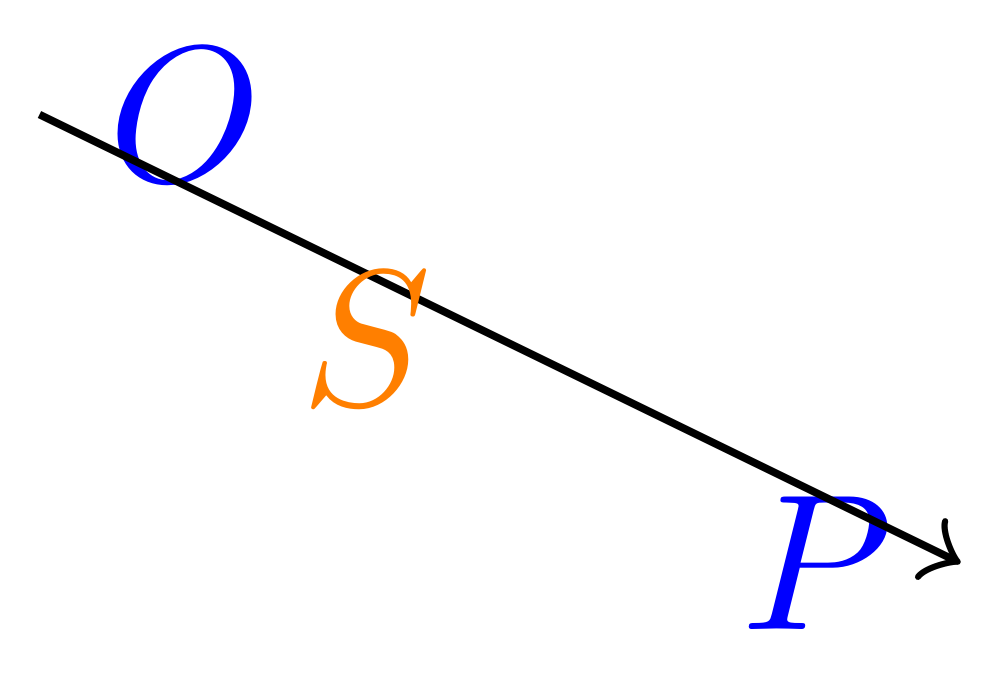 14
Rotate a node but not its content: the case of the ellipse decoration
6
TikZ/ERD: node (=Entity) label on the inside
18
TikZ: Drawing an arc from an intersection to an intersection
9
Line up nested tikz enviroments or how to get rid of them
2
tikz - create coordinate with maximum y-value of two other coordinates
2
LaTeX Tikz: Compare two \def arguments
10
How can I draw angled lines in LaTeX to create ruled template for calligraphy?
3
Arrow between BTrees
3
Document header with tikz