I want to create a tikz node with two colors (split along a vertical axis) and a single body of text spanning the two parts.

The way I've seen the shapes.multipart library used makes the being confined to a single part of the node, or to write multiple distinct text bodies in the different part whereas I'm looking to share the text.

I could manually do it by creating two nodes at the same coordinates, one containing the text and the other one a multipart node filled in two colors, but if I do it the simple way the dimensions of the multipart node wouldn't adapt to the text size and so the text might overflow from the whole node.

There's no need for a multipart node. A regular node can be filled with several colors with path picture command. 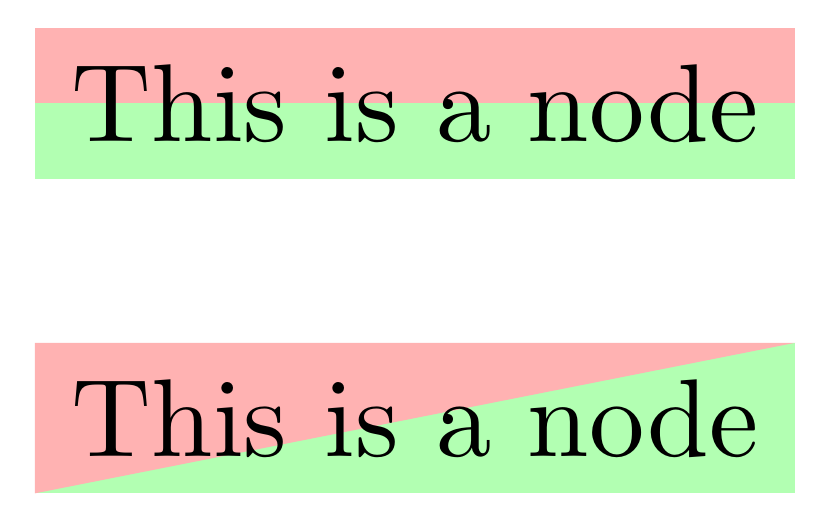 Not the answer you're looking for? Browse other questions tagged tikz-pgf tikz-node shapes multipart-node or ask your own question.