ntheorem - indentation at beginning of chapter

I am writing a document using the book class, which, by design, does not indent the first line of the chapter/section/subsection. I noticed that if I start a chapter with a framed theorem then, for some reason, the initial \noindent is postponed to the first line after the theorem. The same does not happen if I use a non-framed theorem instead. Here's a mwe: 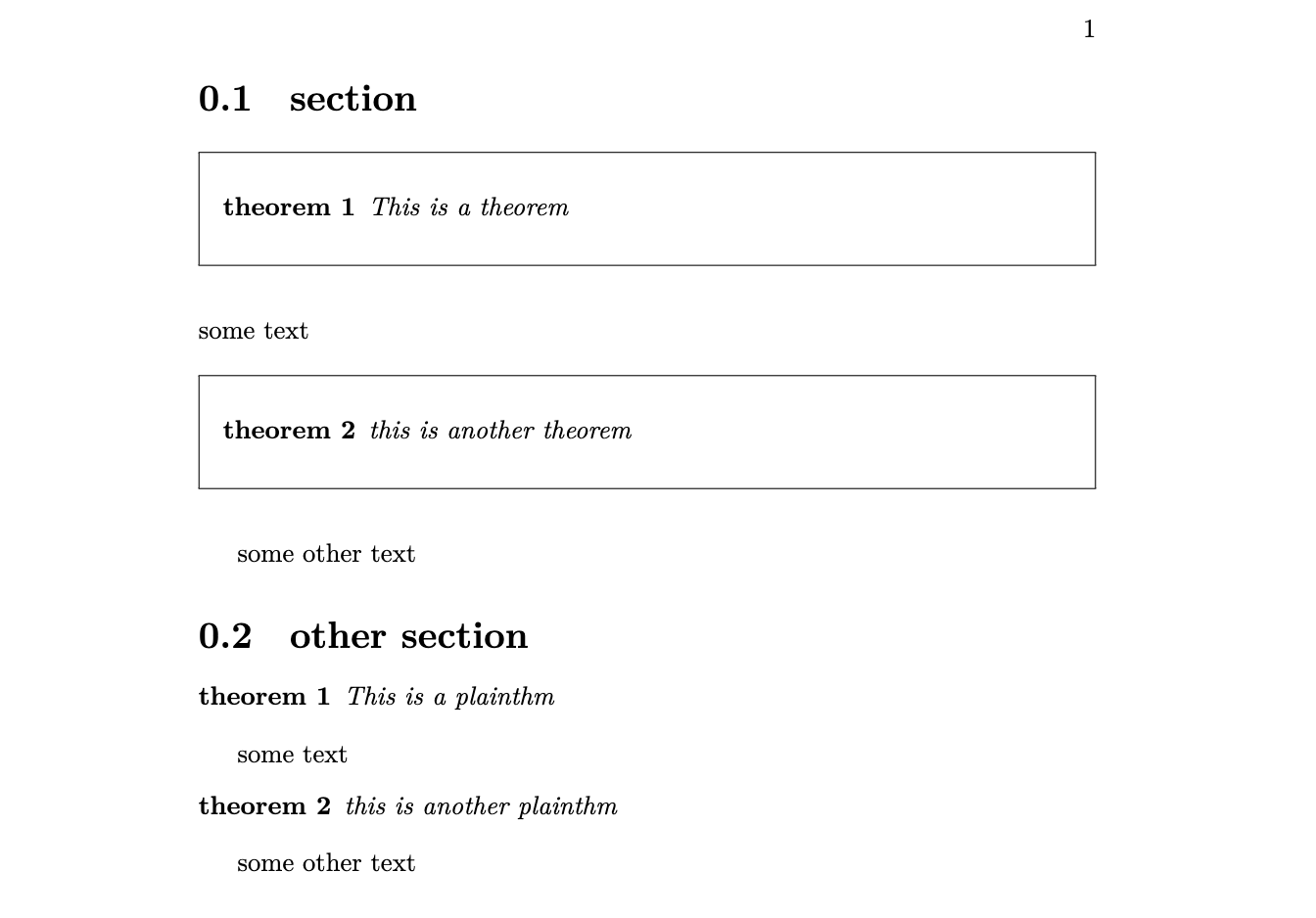 While this does not seem a very important issue (I doubt I will ever begin a section with a theorem), I would like to understand why this is happening (I guess it has something to do with the fact that framed theorems are drawn within boxes) and what is the "proper" way to fix this. I can think of several workarounds (like adding a dummy line and a negative \vskip before the framed theorem), but I am interested in a more flexible solution (e.g. something that doesn't break I change the documentclass).

With all possible reservations about framed theorems, particularly the ugly format provided by ntheorem, you need to ensure \if@afterindent is set to true.

I suggest to have a look at tcolorbox, for this kind of job.

The theorem environment just after the section title will set the conditional to true, but as it's done inside an environment, the setting doesn't go past \end{theorem}. 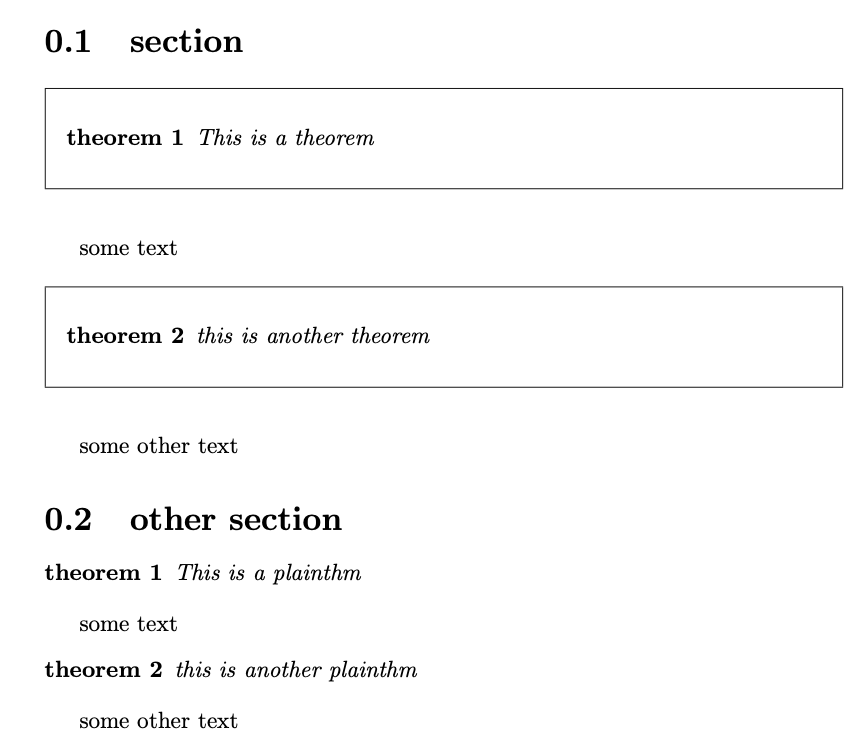 Simply add a \leavevmode after the end of the environment: 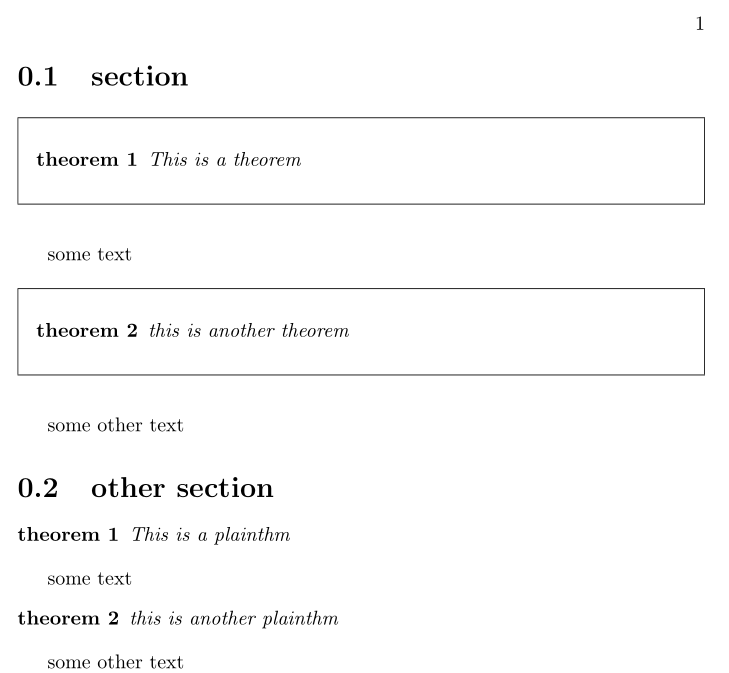 Not the answer you're looking for? Browse other questions tagged indentation framed ntheorem or ask your own question.

5
ntheorem with the [amsthm] option ignores styling of a theorem environment
4
Need help with modifying ntheorem environments
1
QED sign does not always occur with package ntheorem
1
Framed text and pageboundary
3
Hyperref and theoremstyle break: red box drawn on line above
4
Placement of figures inside an ntheorem environment
5
Change amount of hanging indentation in reference list
1
How to line-break a framed text box?