Label of an element is out of frame

I want to draw a Darlington assembly with two transistors. For the layout: no problem!

On the other hand, the label of the 2nd transistor is outside the frame by taking as the standalone document class (which I prefer to keep to facilitate the export of the image later).

I know that an inelegant solution is to artificially increase the margins but I am thinking that maybe there is a "cleaner" solution?

Thanks for your response

Why this happens will be probably explained by (one of) the package authors. Meanwhile you can use the following workaround: 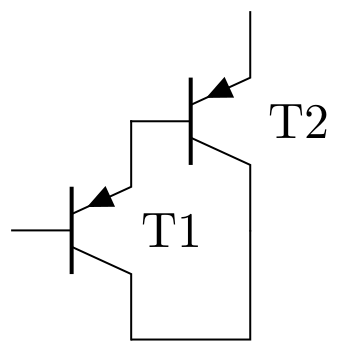 Not the answer you're looking for? Browse other questions tagged circuitikz standalone or ask your own question.