TikZ tree whose children are located at specified positions?

Is there a way to construct a tree whose children are located at specified positions, so that TikZ computes the locations of the other nodes in the tree based on the level distance and sibling distance?

I ask because, ultimately, I have a matrix of nodes and would like to grow a tree into the second column's vector from the righthand side. A minimal working example of what I have so far is: 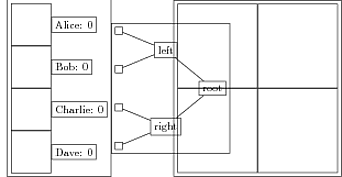 I would like to modify this diagram so that the leaves of max tree attach to the four entries in second column of ballot counts (i.e., Alice: 0, ...).

In an earlier version of this question, @TomBombadil suggested that I could use at to explicitly position the leaves of the tree. The problem with that is that then the interior nodes will also have to be positioned explicitly. I was hoping for some way to leverage level distance and sibling distance.

Edit: Based on @percusse's comment that "growing the tree and putting nodes left of each sibling" might be an answer, I came up with the following MWE that does, more or less, what I want. (@percusse: Is this what you were getting at, or were you thinking something different?) 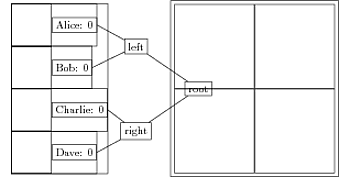 This approach has several drawbacks:

I guess, in general, the code is not as clean as I would have liked; I'm still hoping that there is a cleaner solution. But perhaps I just need to learn to be less greedy. :)

You can name nodes and then use these names for relative positioning. You can also use absolute position and do all the stuff you usually do with nodes. In the example, the automatically positiones node is red, the relative ones are blue: 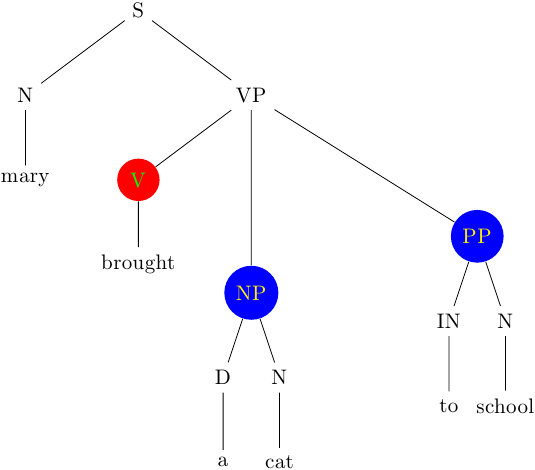 Here's a Forest version (rather late in the day, obviously), though I may not have understood the question since my solution doesn't look anything like Tom Bombadil's answer.

This just uses Forest, fit to and fit. 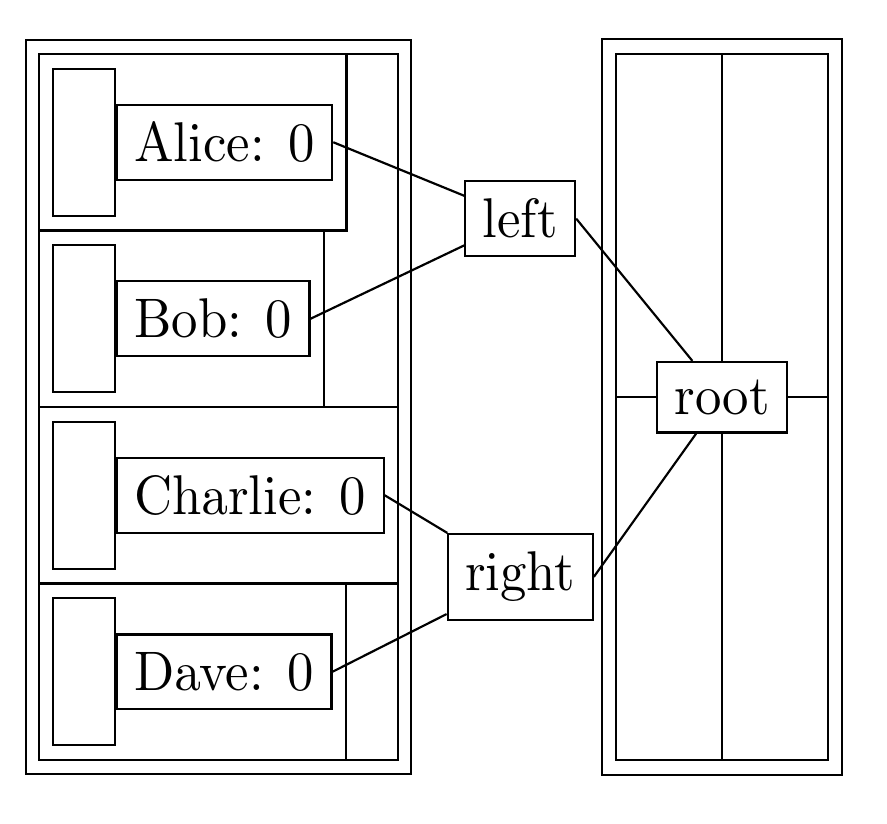 4
how to draw tree with a specified width between nodes