how to use metapost newinternal variable

I am trying to convert the statement

but it fails in the line of drawarrow. Any help would be appreciated. Thank you.

dashed evenly withcolor green is not a string, but a list of tokens. You want

so a macro. Full example 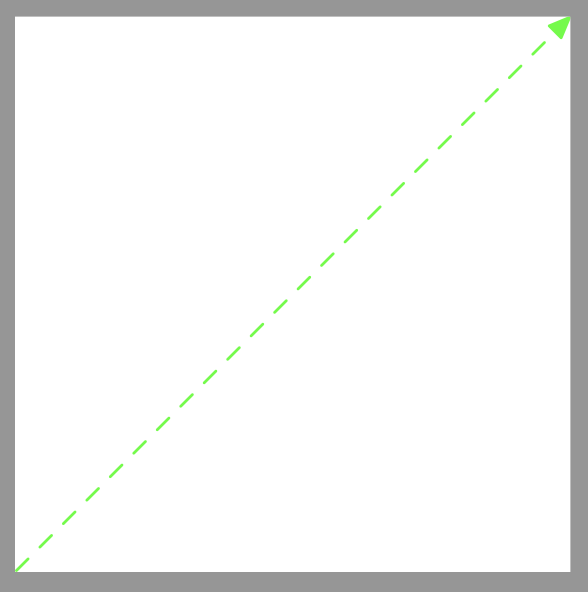 Instead of def, you can also apply scantokens which converts from string to tokens. Just ensure your string is MetaPost sensible code:

You're now able to store a list of strings to be later tokenized, but it's not that useful unless you really need chunks of MetaPost as strings. Another example:

I wouldn't actually recommend it as you might be caught by some expansion issues (as @egreg says, MetaPost, like TeX, works with tokens and thus faces the same issues), but it's fine for the simplest cases.

Plain Metapost already provides a mechanism to apply the same set of drawing options to a sequence of drawing commands. So another way to achieve what (I think) you are trying to do, would be as follows

Compile this with mpost to get 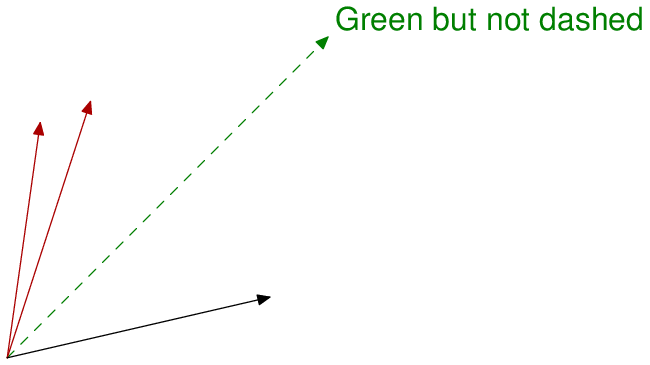 7
Metapost intersectiontimes
10
How to debug METAPOST inlined in ConTeXt? (Or “message” primitive and “loggingall;” in inlined METAPOST)
3
btex \begin{align} …\end{align} etex METAPOST issue
4
What's “logarifm” in Metapost and why I get the error “Undefined control sequence”?
2
Coding brachistochrone curve in Metapost
3
Help with drawing in MetaPost
5
Metapost (Graph) LuaLaTeX: intersectionpoint - graph with line not what intended - why?
2
metapost “ missing `,' has been inserted.” compilation error
6
How to use pensquare with dashed in MetaPost?
0
Convert a path to string / save path to a file in MetaPost