In plots in my thesis I am indicating the depicted quantity's units in square brackets. In the case of a dimensionless quantity, I want to use [-] to explicitly indicate that.

However, I am struggling to find a visually entirely satisfying typeset representation of [-] with Latex.

Out of the alternatives listed below, I favour 1. and 3. In the case of 2. I don't like the mathmode square brackets and the large spacing around the - operator. Regarding 4., the en-dash has an acceptable line thickness. However, the \textbf makes the whole [-] a bit wider.

Yet, in the case of 1., the hyphen, of which I like the line-thickness, is not centered. Regarding 3., on the other hand, the en-dash is a bit skinny.

Preferrably, I'd like to know an easy way of centering the hyphen in between the brackets in 1. Alternatively, increasing the line-thickness of the en-dash in 3. without also increasing its length would be satisfying as well. 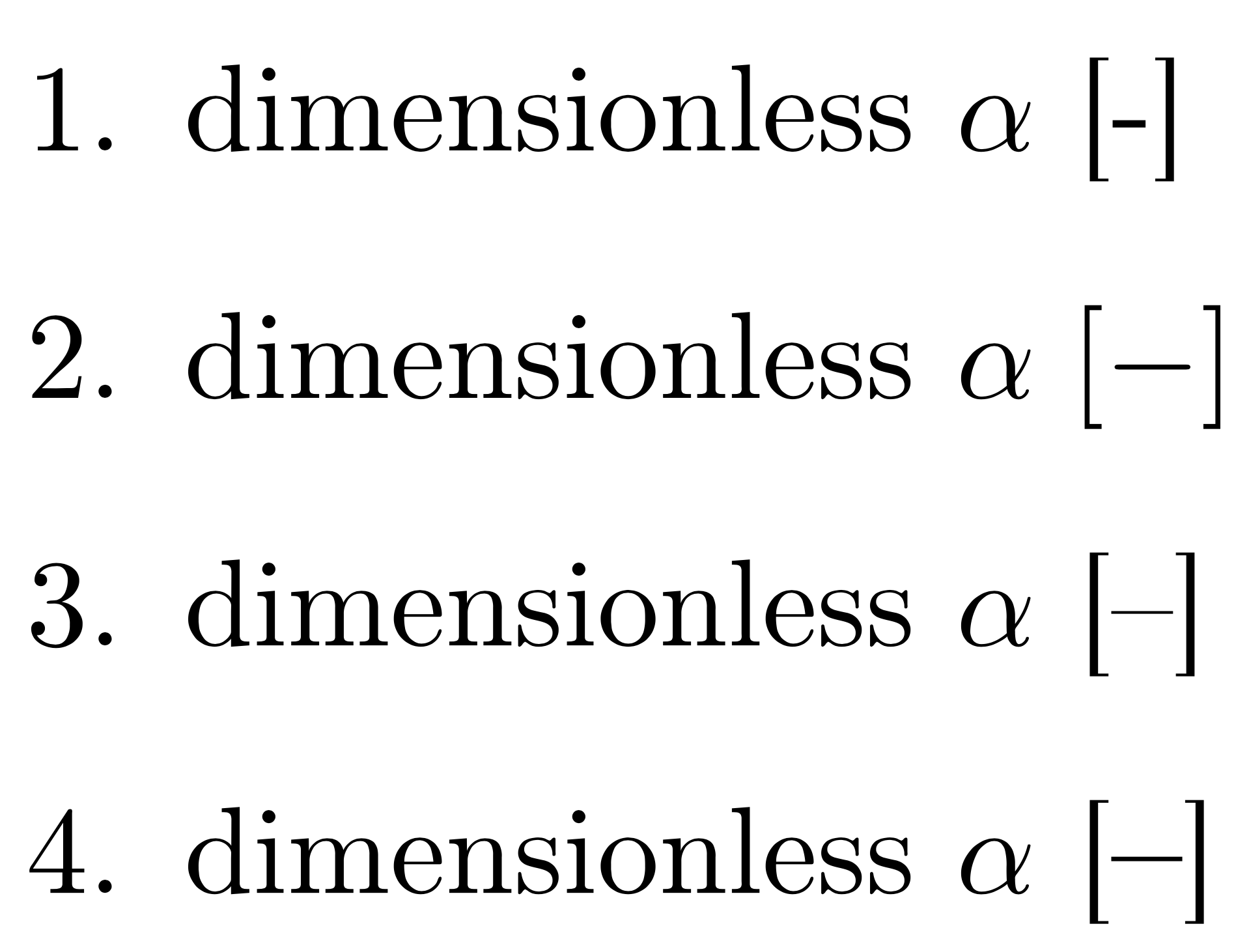 It's a bit of an overkill but here's a way

Not the answer you're looking for? Browse other questions tagged horizontal-alignment typography brackets units or ask your own question.