Wrong alignment with microtype: "(3D)" is too far left; inside enumerate. Is it by design?

The package microtype is meant to make small improvements to the final look of a LaTeX document. According to an answer to Should I load microtype with pdflatex? and a comment beneath the answer, one should (almost) always load microtype, and do so via

Without microtype, here is the output. Notice how "(2D)" and "(3D)" are nicely aligned: 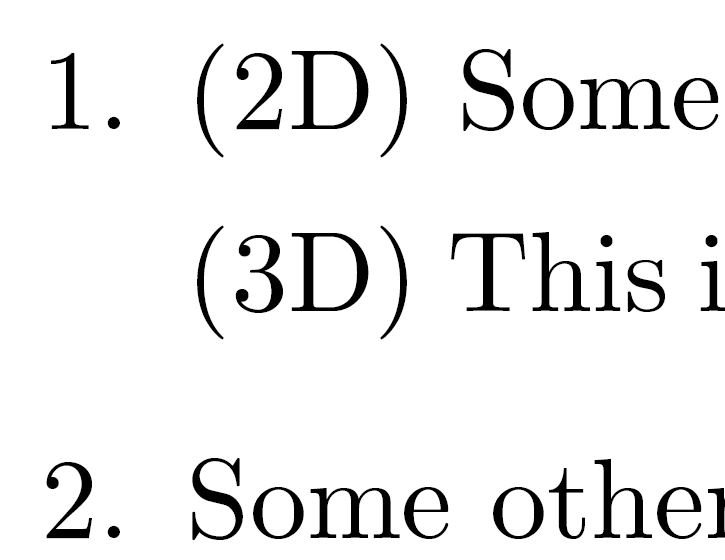 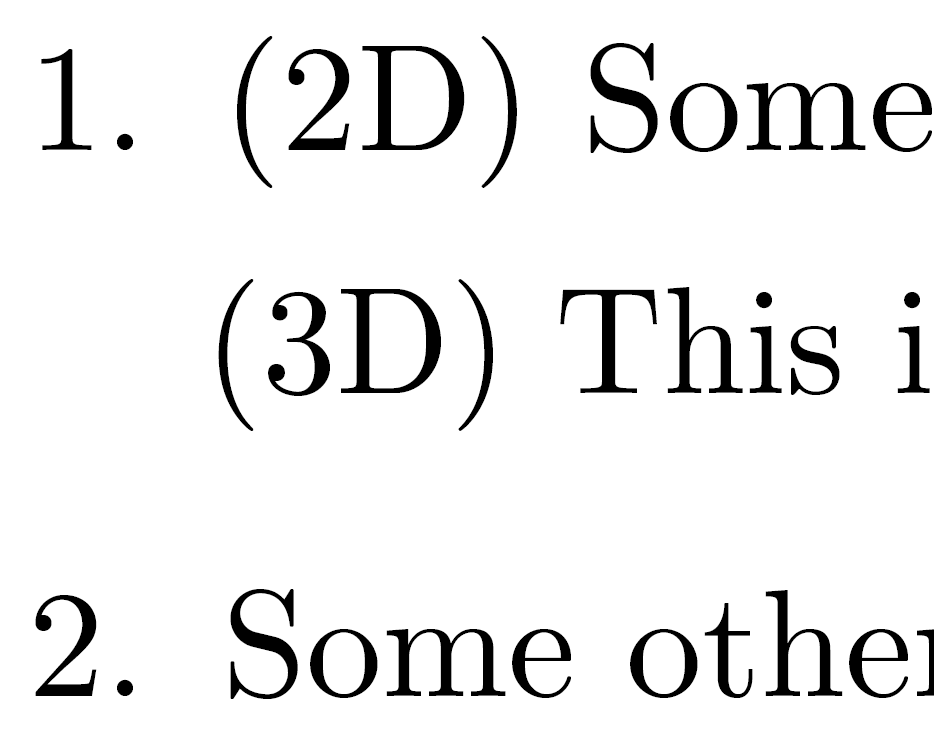 Granted, this is not a big effect but still annoying. I do not think this is an intended effect of microtype but I am not sure... More importantly:

MWE (to enable microtype, uncomment the corresponding line in code):

Whereas one approach would be to inhibit protrusion everywhere, this approach is to force protrusion on left parentheses that follow an invocation of \item, which I do by redefining \item to look at what follows. 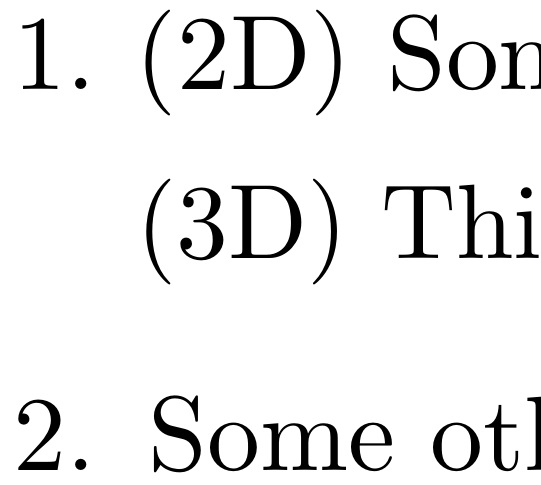 This could be equivalently done also with xpatch's macro \apptocmd:

Note that this only happen when the line start with "(" but not with characters like a "E". This is a side effect of protrusion (= margin kerning), that move "(" a bit to the left, to have a more harmonious margin, but in this case seems the opposite because the protrusion is not applicable after the item number.

An occasional dirty solution for this case could be some as \makebox[0pt]{} before the parenthesis, since a box of 0pt will be not protruded to the left (note that \makebox{} without specified width will not correct the protrusion), or disable the protrusion locally with \microtypesetup{protrusion=false}.

A general fix could be disabling the protrusion before for any enumerated list:

If one does not mind the extra vertical space, one could also use the following solution which adds \item[] in front of (3D). 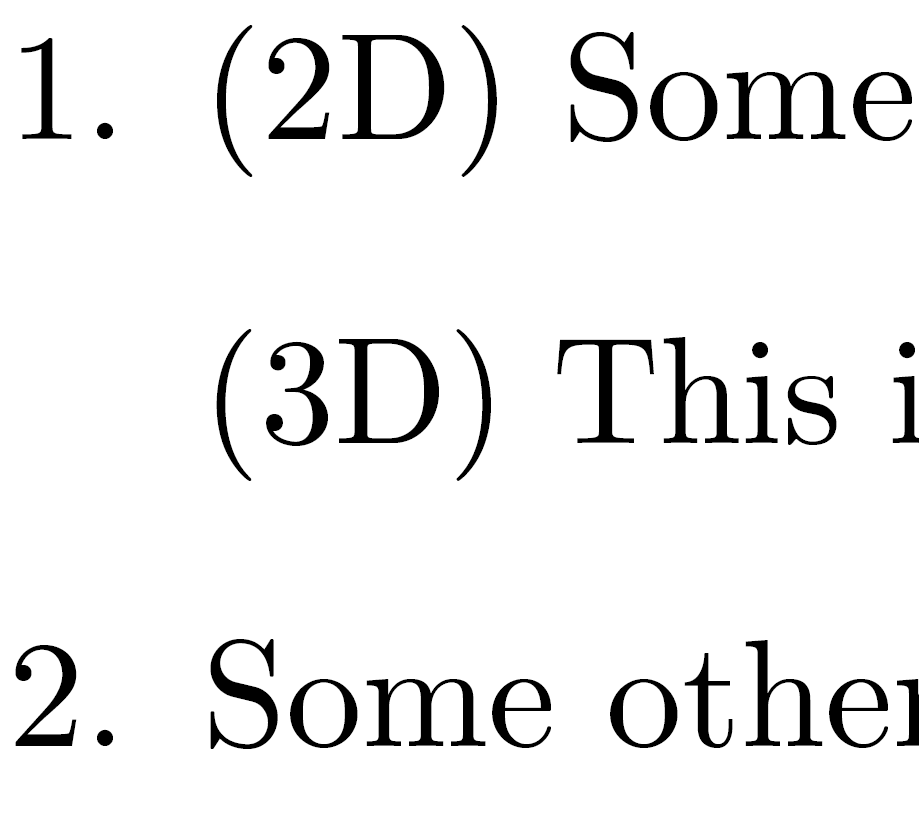 Not the answer you're looking for? Browse other questions tagged horizontal-alignment lists enumerate enumitem microtype or ask your own question.

61
Should I load microtype with pdflatex?
22
Microtype and quote environment leads to different indent of first line

3
Enumerate and itemize undefined + captions not working
24
Wrong protrusion with csquotes and microtype
5
\LaTeX logo too compressed with microtype and defined \SetExtraKerning
3
Equation tag alignment inside enumerate
1
Alignment problem with enumerate
3
Problems with enumerate inside rotate
0
Horizontal alignment issues with enumerate/description and sub-levels
0
Enumerate with left justify after breakline
5
,,Improper \halign inside $$'s`` with lmodern/microtype/fontspec