I am trying to draw a sequence of nodes which I would like to connect.

The following path specification draws a triangle but connects the coordinates instead of the nodes at those coordinates.

What I would like instead would be something like the following code which connects the nodes and not the center positions stated in the path.

Is there a direct way to do this without naming the nodes and drawing the lines manually?

edit: On the left is the first snippet and on the right the second, I want to have the right one: 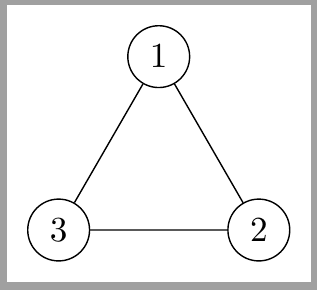 Since I'm used to write automata, I found that was easier to draw a triangle in this way:

It probably doesn't solve the problem the same way you were asking for, but as we discussed in the comment, this is how I would solve it.

In any case, you can take a cue from this and rewrite it in some other ways!

I guess you will get that naming the nodes is a convenient feature when you are more familiar with TikZ.

In the following, all nodes have no name. 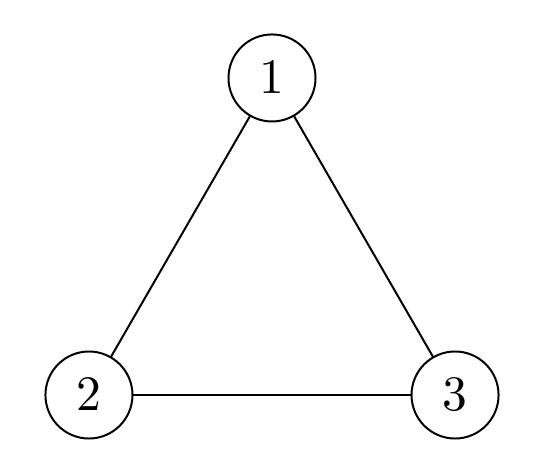 12
How two connect any arbitrary nodes of tree in tikz
9
How to draw tangent lines at control points of a path in TikZ?
18
Draw a path between many nodes using foreach
3
"append after command" in a tree (child path operation)
18
a circular figure with lines behind a disc going off in all directions like a sun
0
How to correctly connect nodes in tabular
3
TikZ: connect two unaligned nodes with a U-shaped line
4
Tikz, after defining nodes midway on a path, how to connect those nodes by a draw[->] which matches the path?
4
Phantom nodes for TikZ animation