Setting up MiKTeX and TeXworks

I'm trying to learn LaTeX, I installed MiKTeX and TeXworks as a editor and gave the path to MiKTeX in edit/preference/typesetting. I'm trying to run some code it gives me an error that the program pdftext.exe was not found!

The easiest is probably to write this path to the environmental variables in windows. Then pdflatex.exe could be found anywhere on the system and there would be no need of specifying the whole path - writing pdflatex.exe in the editor settings would be enough.

The procedure on how to set this environmental variable in Windows depends on the version you are using. In good old XP times this was found in the control panel under System in the "Advanced" tab.

But before you do all that, open a command line start->run->cmd and type in pdflatex.exe and check if it can be found. 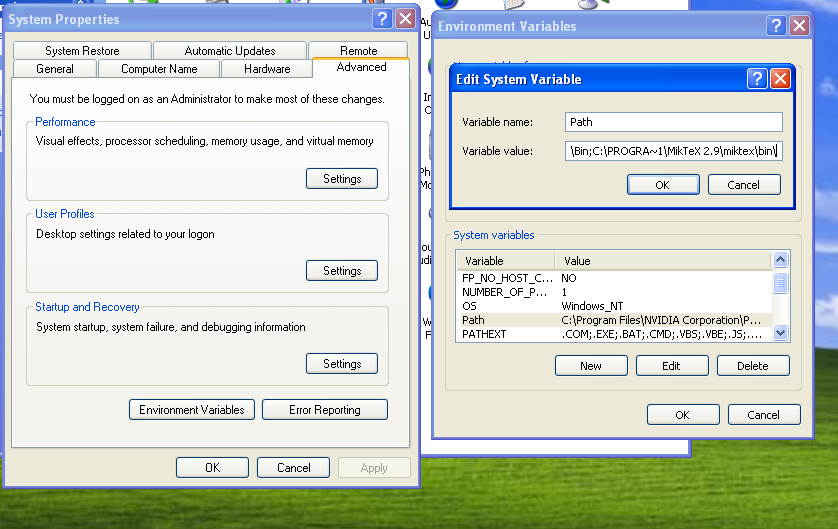 0
Compilation problem with miktex 2.9 on windows 8.1

5
MiKTeX where do I specify command line options?
11
How to use arara with TeXworks
6
Change language preference in TeXworks?
3
How to "cleanly" update TeXworks under MikTeX 2.9
0
Texworks is not compiling!
7
Running TexWorks on Ubuntu