I have a rather straightforward pgfplots diagram but I do not understand why there is a bump in my tanh function (should be smooth). The domain (and samples) key seems to influence the outcome. Can you explain this behavior and is there a systematic logic to prevent that (or do I need to use a trial-and-error approach)? 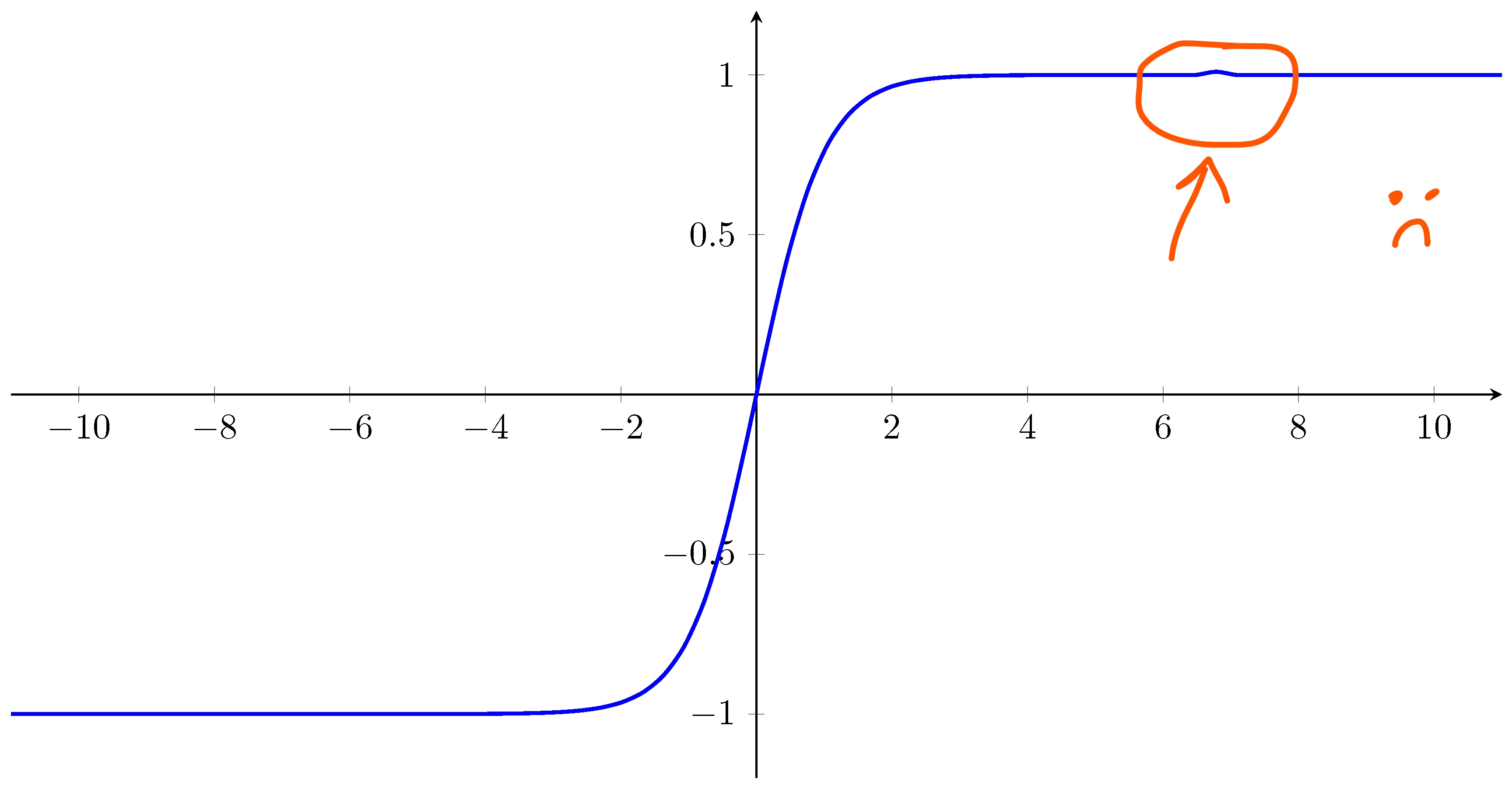 Symbol 1 shows in his answer the root cause of the problem. Maybe missing is the information, that all this (only) happens, when TeX is used as calculation engine. Since Symbol 1 has no idea how to fix this (in TeX) (of course this is no offense) the "fix" is to use another calculation engine ... ;) 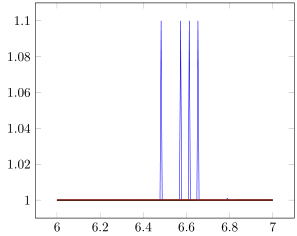 tanh is defined to be sinh/cosh. And the unexpected spike is a result of a bug in the division routine. More precisely, the macro \pgfmathdivide@@ defined in pgfmathfunctions.basic.code line 10 (github link) contains an unwanted behavior.

You see that the code becomes nasty when x/y ≥ 10. Usually, you would expected that x/y is always less than 10 because the previous y (the y before it was divided by 10) is less than x and the single-digit branch will be executed. So this branch is never executed; it doesn't matter if the code is ugly. But that is not true.

What could go wrong?

Thanks to finite precision, the following could happen

You see, adding 10^-d to \pgfmathresult isn't an easy job because 0.001 + 0.999 includes carrying. So instead of textually manipulating \pgfmathresult, this is done by

I don't know how to fix this.

Not the answer you're looking for? Browse other questions tagged pgfplots pgfmath or ask your own question.

10
Plotting a smooth function
9
Why do modern TeX variants not support floating point arithmetic?
10
How is floating-point arithmetic implemented in TeX
3
pgfplots: Dimension too large with no obvious large numbers
11
pgfplots: x vs \x
2
A bug I found in my TikZ/pgfplots picture
1
I need help ploting an equation

19
plotting two time series with bounds
11
How to prevent rounded and duplicated tick labels in pgfplots with fixed precision?
8
How to hide empty (value 0) ybars with pgfplots?
9
pgfplots: percentage in matrix plot
3
Center the axes in the coordinate origin
1
Bar plots with small x-values
1
Centering the x and y axes in the xy plane. And adding legends to function graphs