How to Insert Blank Line(s) in a Tikzpicture; Ordinary Methods Not Working Properly 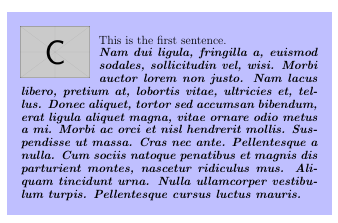 which was produced by the following code. 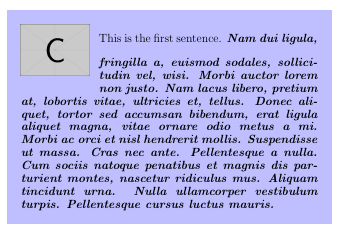 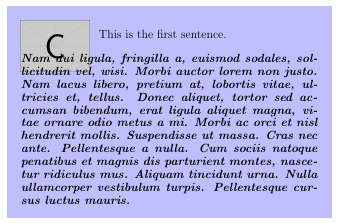 QUESTION Does anyone know why this happens and how to fix it? This tikzpicture seems to finely handle sentences as long as they are either all part of a contiguous paragraph or separated by \\. Anything else seems to produce strange results. I'm thinking that if I could add a ``blank sentence'' after \\ I might be able to produce what I am looking for.

I posted a question along these lines the other day, but it attracted no answers. I have simplified both the tikzpicture and the question in the hope that somebody may point out the cause of the problem and how to correct it. I hope this is OK. 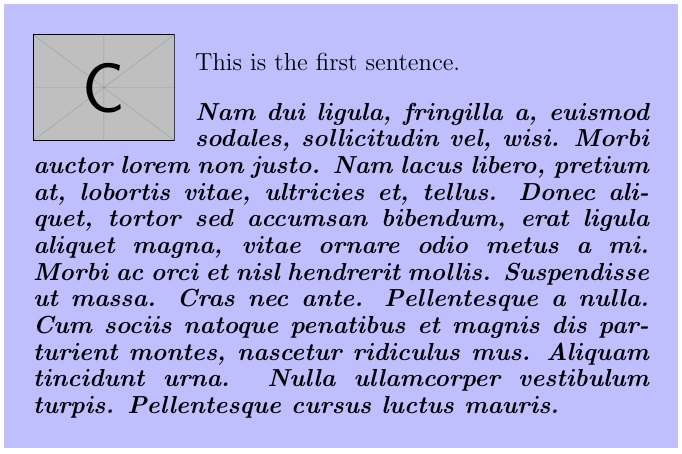 This is not related to the surrounding tikz at all, it is just showing the normal LaTeX line breaking.

If you use \vspace mid line then the paragaph is broken in to lines as usual, and then the space is inserted after the current line, as shown in your first image.

Here you want a forced line break followed by a space, so the standard LaTeX \\[12pt] command can be used. As the line then takes up more space than "expected" I reduced the \hangafter from 4 to 3 so that only three lines are cut in. 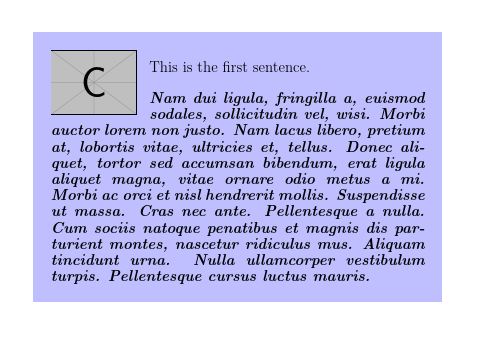 Not the answer you're looking for? Browse other questions tagged tikz-pgf spacing vspace vskip or ask your own question.