I was making a template for Journal of Applied Crystallography, example available here (please see Appendix D). Unfortunately, I am getting error mentioned in the title of the question. I followed this answer to resolve the error with out any success. Below you can see a minimum working example. Here you can find .cls file

The full message is

The offending line is preceded by a comment which translates as "we know this is wrong"...

Then it runs without error.

The reason for the error are the strange lines

but I can say why it used not to raise errors. In 2018 some LaTeX kernel commands were modified to ensure they’re always processed in LR-mode (horizontal mode, in TeXspeak): among them \smash.

Previously, \smash just contributed an \hbox to the main vertical list, so it didn't trigger the Missing \begin{document} error.

On the other hand, removing \RHUBARB does not really fix things: running your document with TeX Live 2017 yields 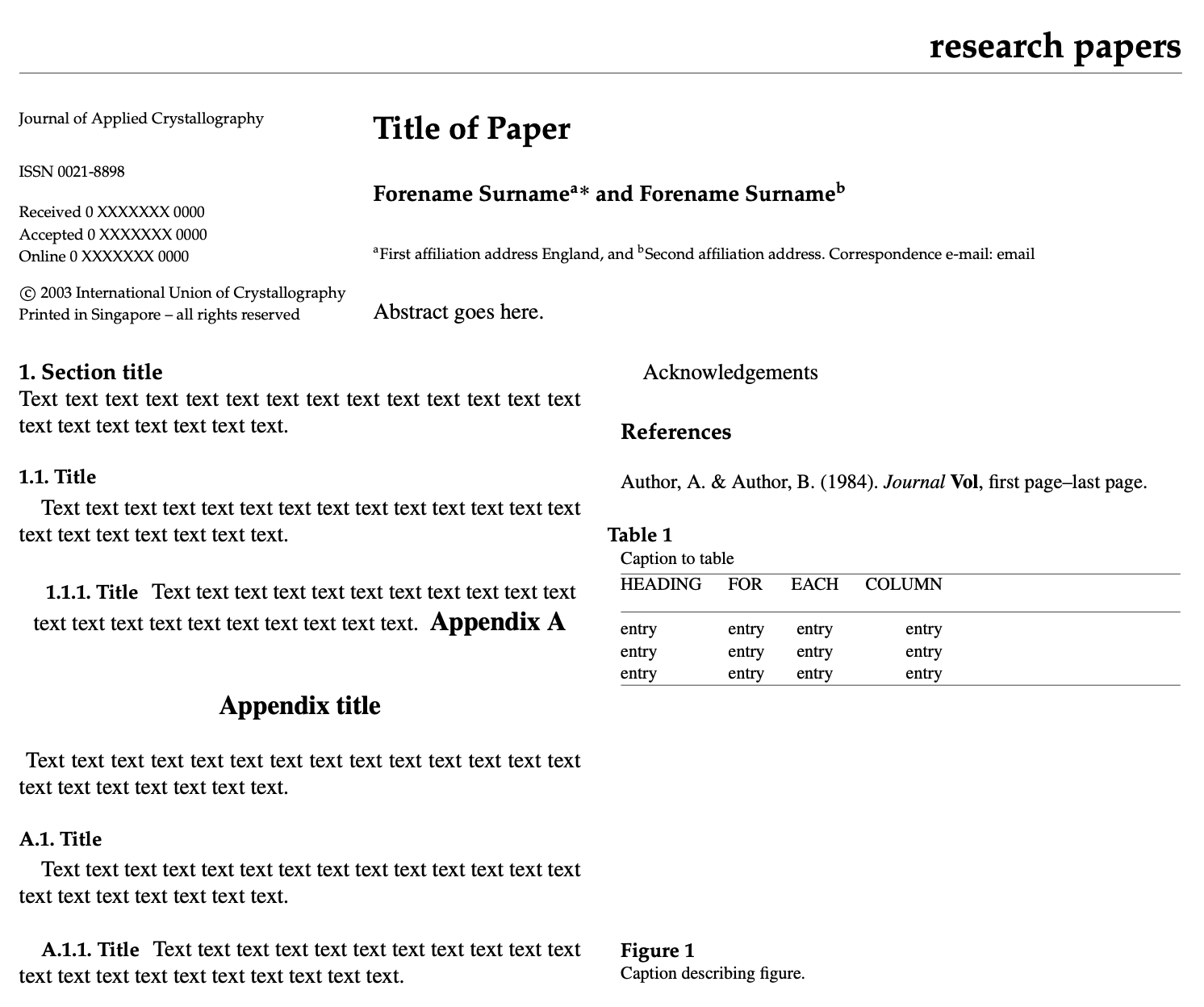 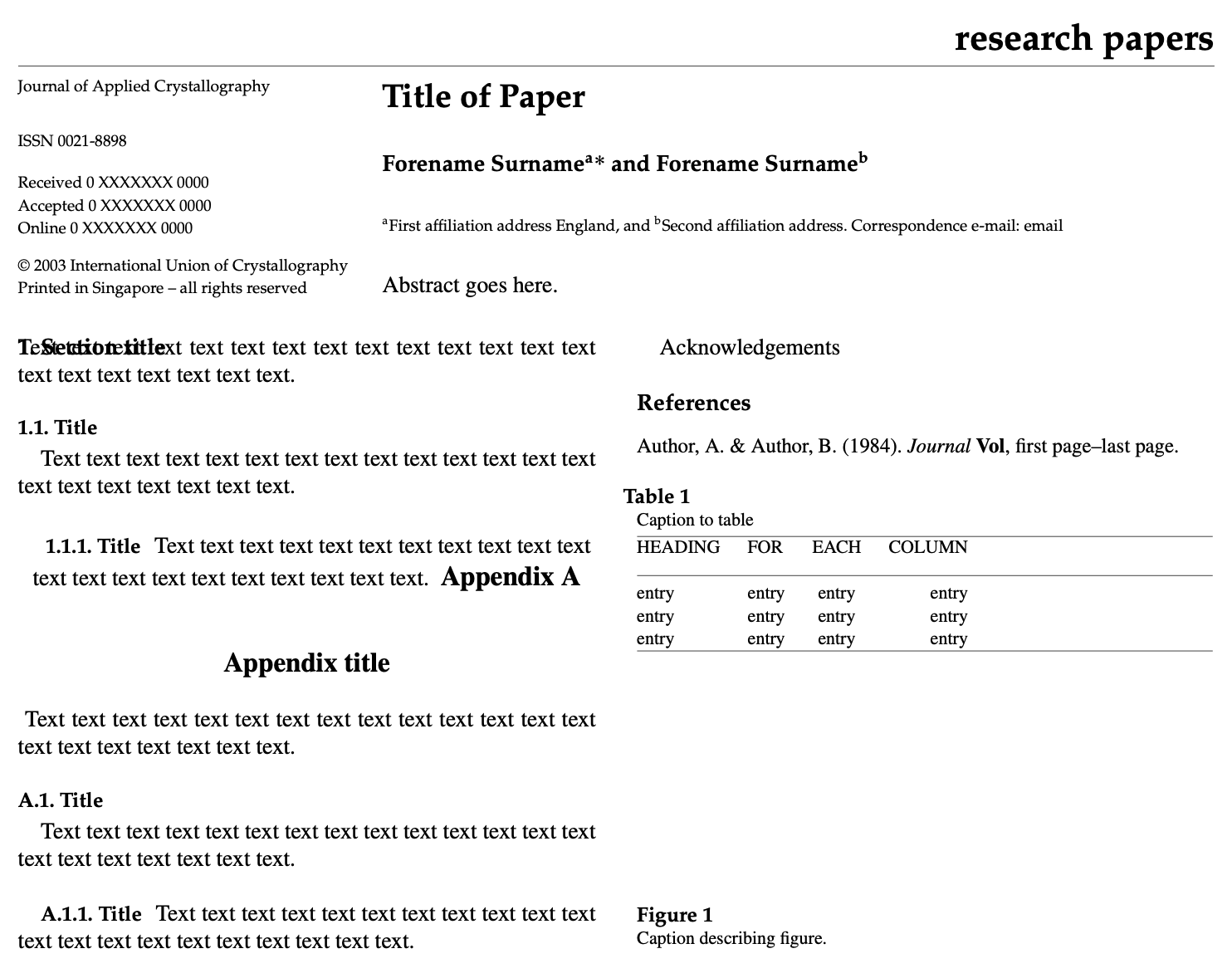 We can notice one other aspect besides the obviously wrong section title: some vertical space is missing after the first rule. The surprising typesetting of “Appendix A” can be cured by adding a blank line before \appendix in the source: it is due to the class using \vspace\baselineskip instead of \vskip\baselineskip or, even better, \par\vspace{\baselineskip}.

You can get the space back by changing

so the mysterious hack works the same as before.

The wrong typesetting of the section title is cured by commenting out line 1326 in iucr.cls

Now the output is as expected 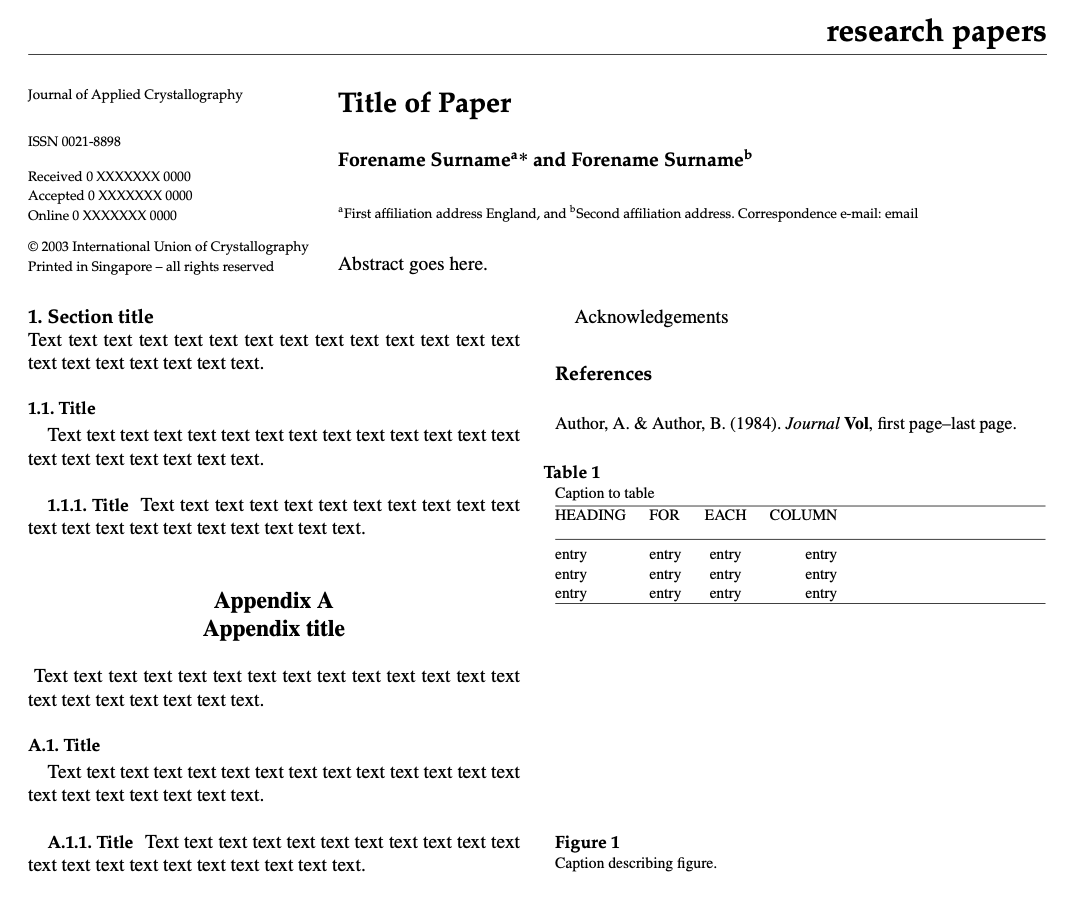 Not the answer you're looking for? Browse other questions tagged errors overleaf or ask your own question.