On using circular nodes on the path using`` \draw ... to node ..." without crossing the circles

Below is the first trial code: 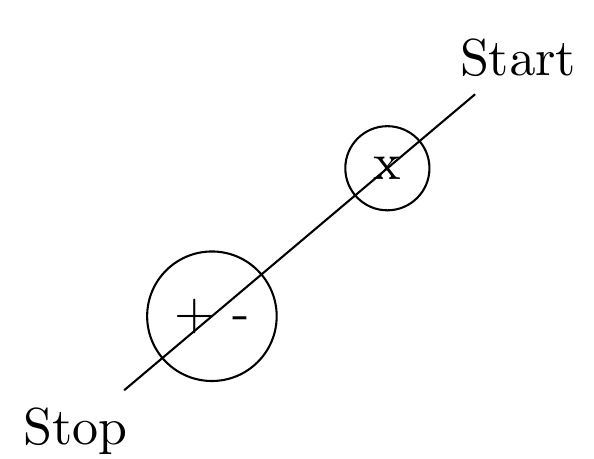 In order to prevent the line crossing the circles I add fill=white in the node properties as below: 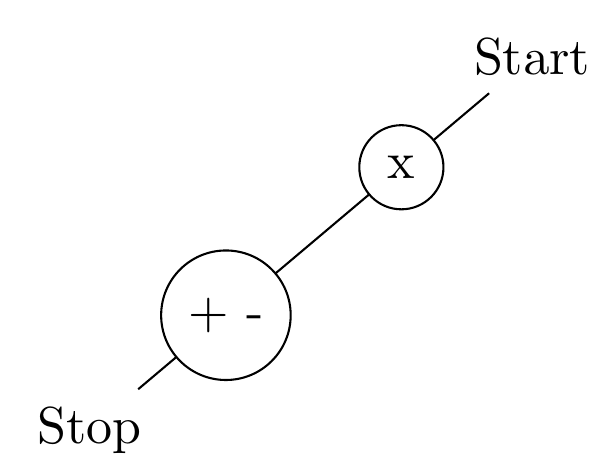 My question is: Is there other simple way instead of fill=white to create the desired output?

Is this? two dashes -- looks better! 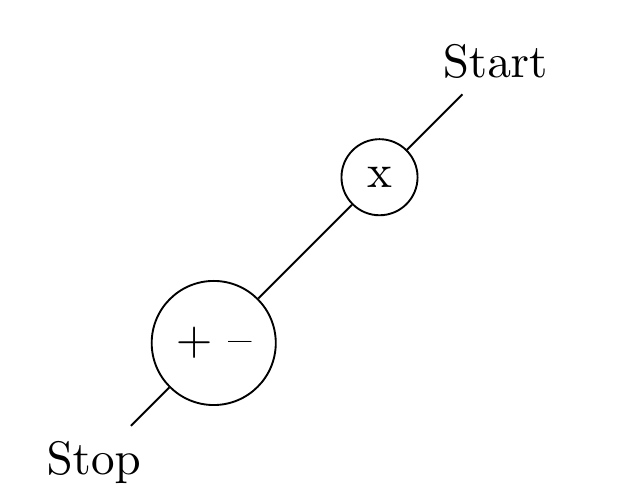 5
How to have one straight arrows surrounded by two curved arrows (TikZ)
17
Numerical conditional within tikz keys?
4
Size of circle path vs. circle node in \pgfdeclareshape?
18
TikZ: Drawing an arc from an intersection to an intersection
9
Line up nested tikz enviroments or how to get rid of them
0
Positioning of Node Labels
2
Tikz : Place coordinate (or node) on a segment
2
How do I change the radius of circle in a node in tikz style?
3
Document header with tikz