How to run LaTeX from Word?

I am writing a journal article using LaTeX. Currently, the review process is very difficult as my professor has to comment on the pdf.

Previously, I have written a journal paper using Word. Though the whole process using Word is horrendous, Word does have very convenient tools for reviewing/editing the journal article. This is especially true when there are more than three co-authors.

Hence I was trying to come up with a method by which I can write the whole article in Word but in LaTeX syntax. My professor can understand most of the LaTeX syntax, but he doesn't want to use and maintain LaTeX on his personal computer. It would be great if anyone could suggest some ideas.

Elaborating my answer in a comment to the question, this is what I got so far.

You need to install Python (I installed python2.7), and lxml and PIL. The easiest way I've found to install the later in Windows is going to http://www.lfd.uci.edu/~gohlke/pythonlibs/, and download lxml-2.3.4.win32-py2.7.‌exe and PIL-1.1.7.win32-py2.7.‌exe (note that you have to choose the appropiate files for your python version). Running those exe, the appropiate libraries and bindings are installed.

Then you can download https://github.com/mikemaccana/python-docx. I didn't try to properly install this one. I only uncompressed it in a folder, open a cmd shell, navigate to that folder and run the provided examples (example-extracttext.py and example-makedocument.py) which worked. My setup was fine.

Then I adapted the code of example-extracttext to our needs, and wrote the following script, which I named run.py:

To test it, I wrote the following Word document (note that I used Word styles to mark the section titles, and used a table to insert the code of a tikz picture, and even inserted an image showing the result for that figure, obviously not in the first pass, but later). Note also which I used a Word bulleted list to help marking the itemized list. All this Word styles will be dropped when converting to plain text, but allows us to make the display more clear. 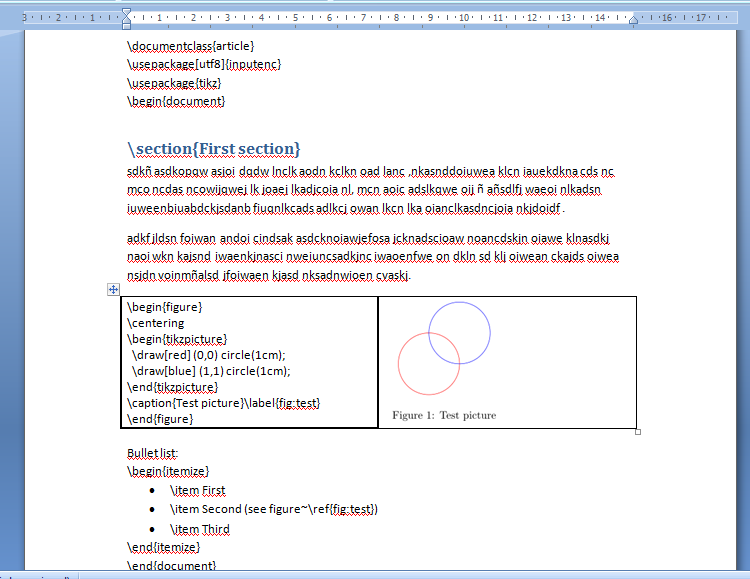 I saved this document with the name Prueba.docx in the same folder than the script run.py, and ran the script on the word file:

After two compilations (the script takes care of compiling again if references are not solved), the resulting pdf is the following: 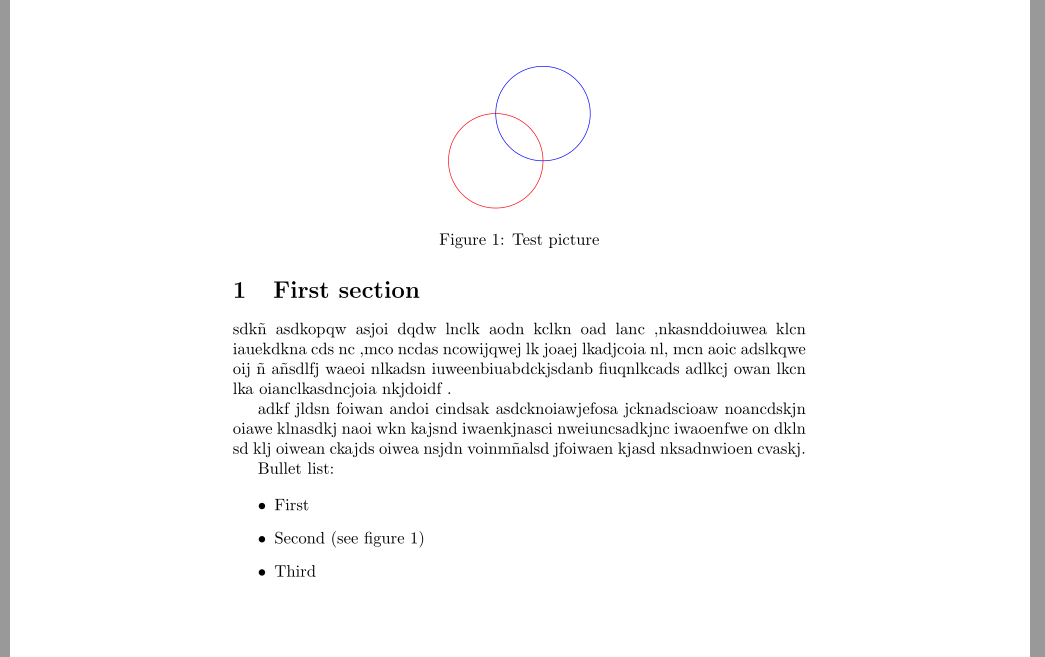 Note: If you use SumatraPDF as pdf reader, you don't need to close the pdf document before compiling again. SumatraPDF updates the view when the pdf changes.

However, caution about carriage returns in the Word file. "Enter" key in Word inserts a end-of-paragraph mark, which is translated by python into a blank line (which is a \par to tex, so everything is fine). However in some environments, we don't want those blank lines (for example, inside an equation environment, or other places where TeX doesn't expect a \par). We can avoid this by using Shift+Enter in Word, which inserts an end-of-line instead of an end-of-par. Those end-of-lines are translated by python to spaces.

My experiments with comments, revisions and math: 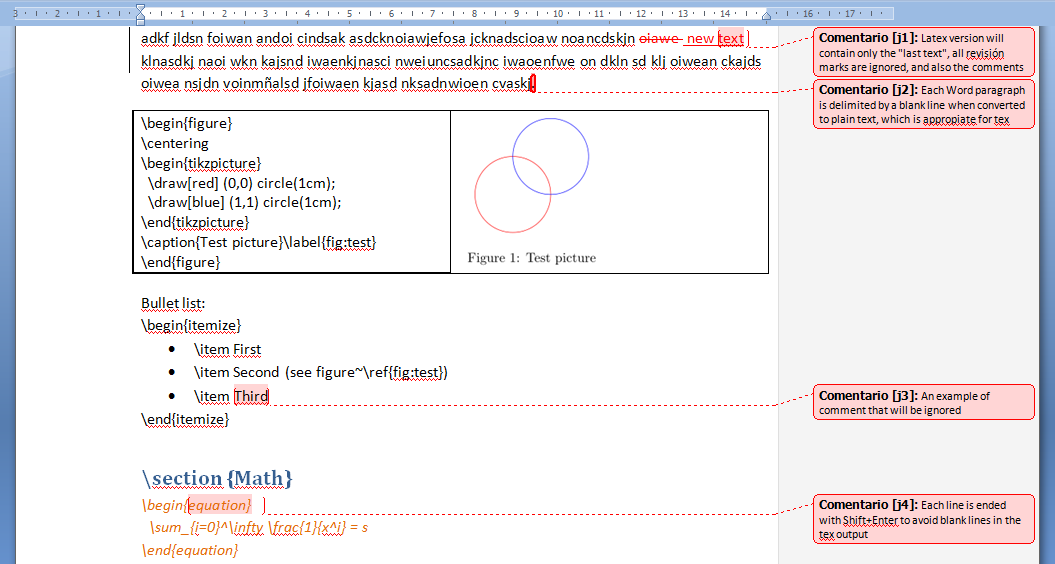 and the result after the script: 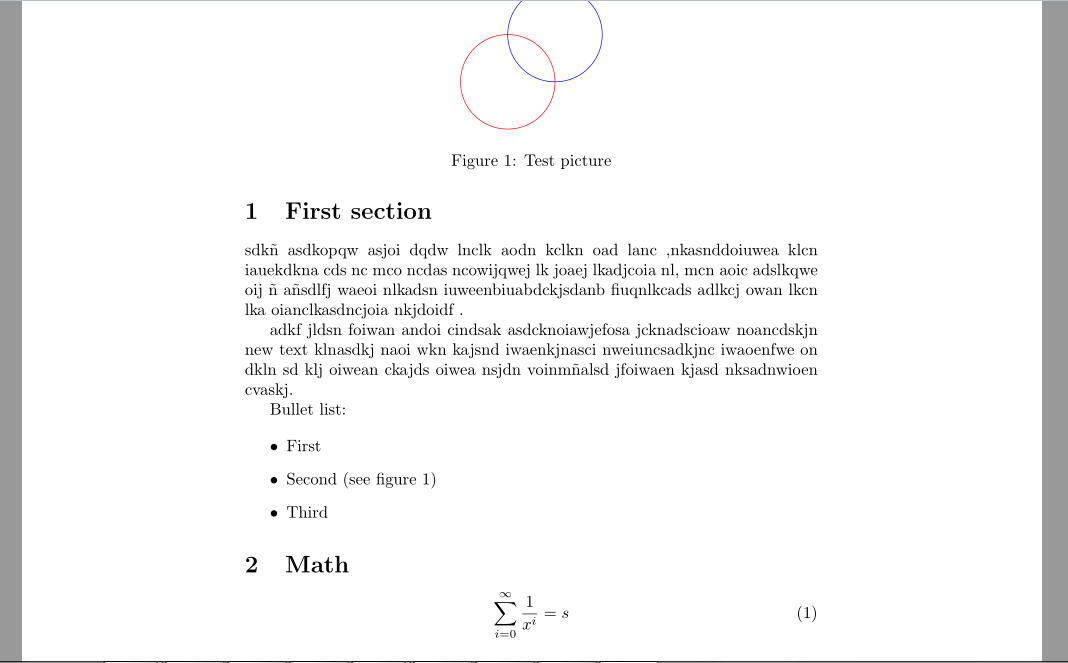 I want the same master document. It irks my prof that all the Sticky Notes and Highlights that he makes in the review disappear after I compile a new document. Hence I wan't one place (preferably a .doc file) where all authors makes highlights and comments, I extract text out of it and then compile it.

Would it be an option for your professor/collaborators to use SVN?

I've recently been using LaTeX + SVN for collaboration and I think it is great combo (and much better than using Word's collaboration features, although I am a heavy Word user as well)

There would be no strict need for your collaborators to install LaTex, they would just have to update their svn working copy (using a GUI like Tortoise), open the .tex files in a text editor like notepad, and write their remarks either as comments (using %) or using a custom command (like \profremark{}), and commit the changed files.

This would keep all content and remarks in the same master document (or split over multiple ones if you want), and you'd easily be able to toggle the appearance of the remarks if you use a custom command.

You could aid your collaborators by

For your final version, you just hide the appearance of the custom remark commands.

Similar to the excellent accepted answer of JLDiaz, a prototype of a Word-Macro-Template, which let you work with LaTeX code directly in MS Word, that is, you use MS Word as a very basic LaTeX editor, can be found on

The main purpose is not the use of MS Word as a LaTeX Editor per se, but for revision work with co-authors/supervisors who are not using LaTeX.

Below is an example with two pictures: A LaTeX-file in MS Word and the prettified code, which is still valid LaTeX code, just with some text hidden in Word. 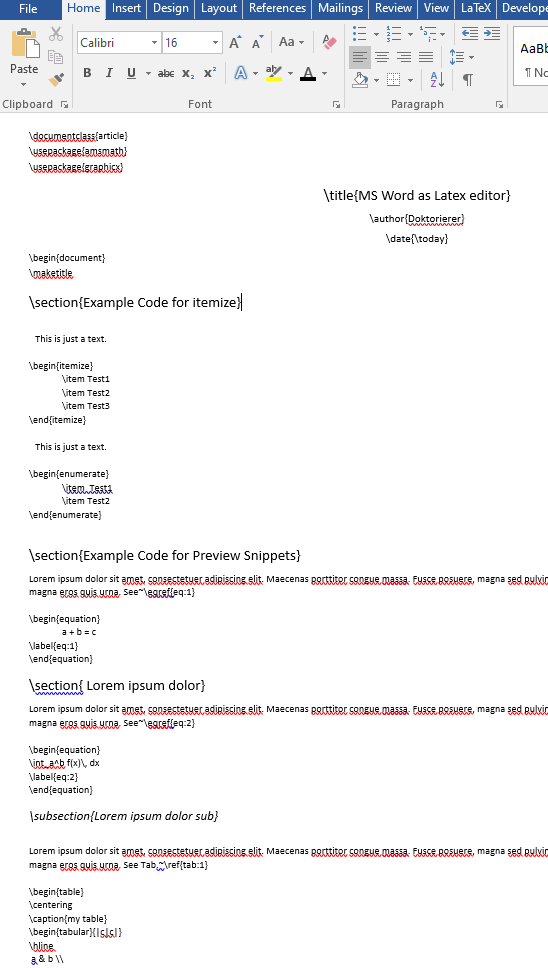 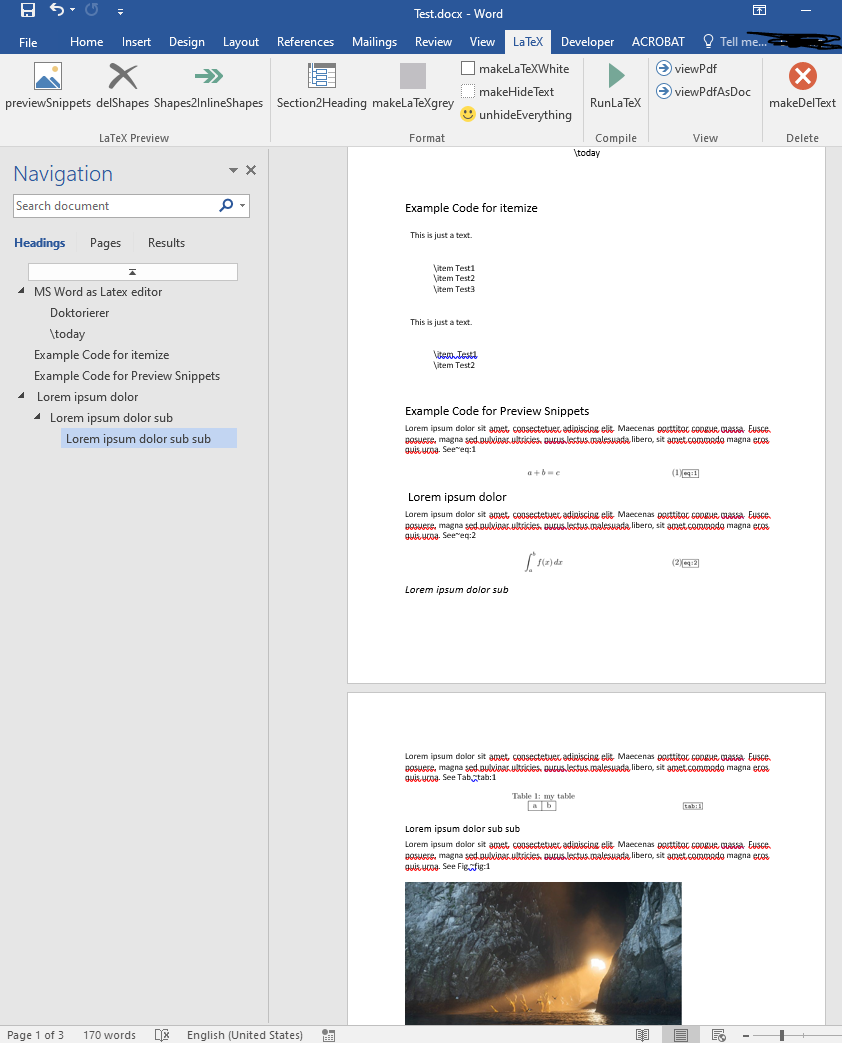 Clearly, the template-code could be improved in case there is sufficient interest.

DoktoriererDoktorierer
111 bronze badge
New contributor
Doktorierer is a new contributor to this site. Take care in asking for clarification, commenting, and answering. Check out our Code of Conduct.
Add a comment  |

238
Compiling documents online
210
Workflow for converting LaTeX into Open Office / MS Word Format
63
Do you use TeX for writing your thesis or only for its composition?
89
What are the advantages of using version control (git, etc.) in LaTeX documents
78
My phd supervisor wants me to use Word because they can't edit LaTeX. What to do?
28
Persuade me to write my thesis in ConTeXt, or not
19
latexdiff + svn not working with multiple files (flatten)
6
Is there an alternative way to double quote in Latex?

10
How to use "LaTeX in Word"?
213
How to convert a scientific manuscript from LaTeX to Word using Pandoc?
12
Converting tables from Word to Latex
0
.tex Notes for Overview with Inline Comments for Non-LaTeX Users?
5
How can I automatically convert a table made in MS Word to LaTeX?
0
Input plain text from Word to LaTex