TikZ’s knots library does not find all intersections

When I tried to come up with an answer to this question, I observed a strange behaviour of TikZ’s knots library. Or maybe it is not strange at all and I just overlooked something ...

It renders nicely as follows: 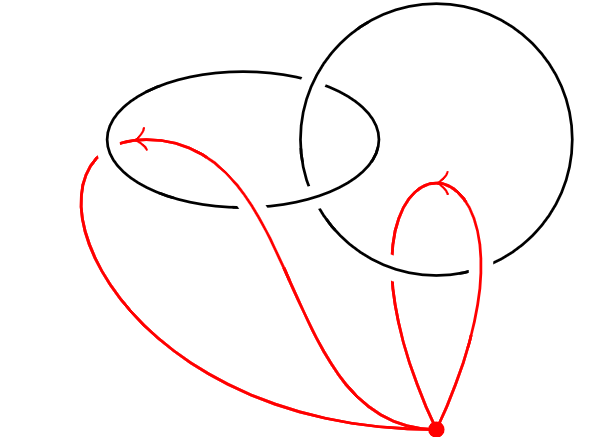 Now uncomment the two commented lines and comment out the two following lines instead (as indicated in the above code), then you (or at least I) will get (without the yellow highlighting, of course): 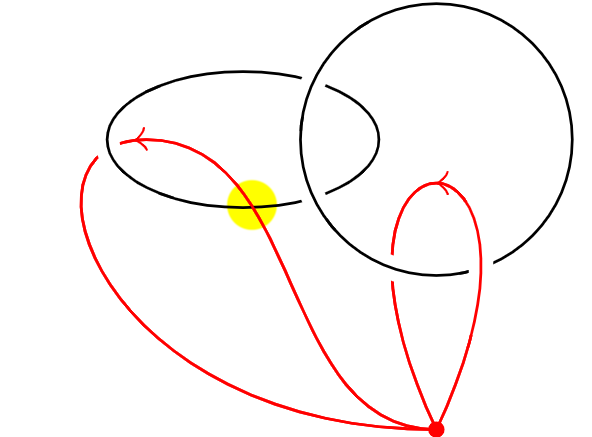 As can be cleary seen, the intersection of the rightmost red curl with the ellipse is not what I expect it to be. When I used two ellises originally, I had the same problem. I first thought that using an ellipse might be causing this. If I add the option draft mode=crossings, the relevant intersection seems to be not identified at all. I was unable to find something about this problem in the relevant documentation.

Actually one nice answer to the above linked questions also uses quite the same approach. There it seems to work with two ellises and two open paths. What is the difference here?

I found the answer by myself. Just in case someone has a similar problem, I will still post it here.

The reason why the knots library may ignore some intersections is obviously that they are too close to the end points of paths. It is possible to correct this using the option end tolerance.

In this case here, this tolerance should be very low, since the distance between the relevant intersection and the end and start point of the ellipse (which is at the very bottom of the path) happen to be almost at the same coordinate. 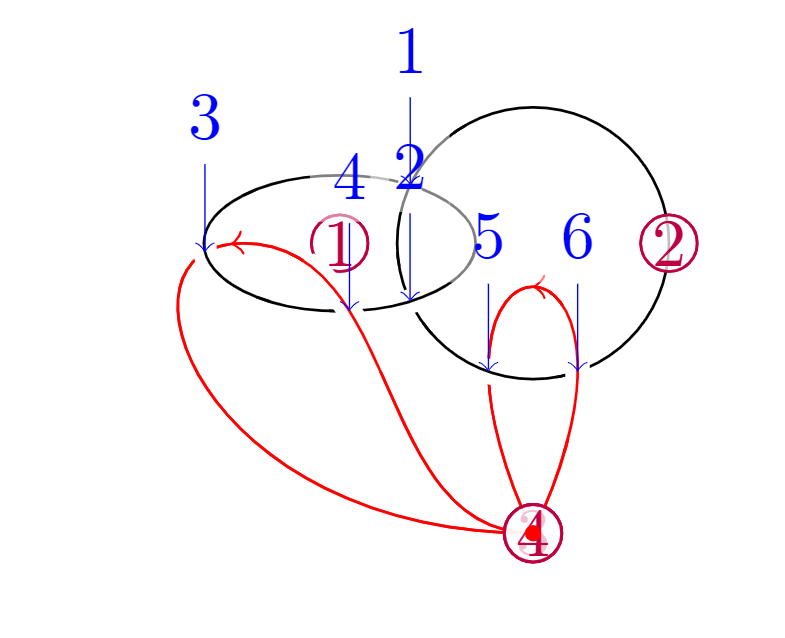 Without specifying the option end tolerance: 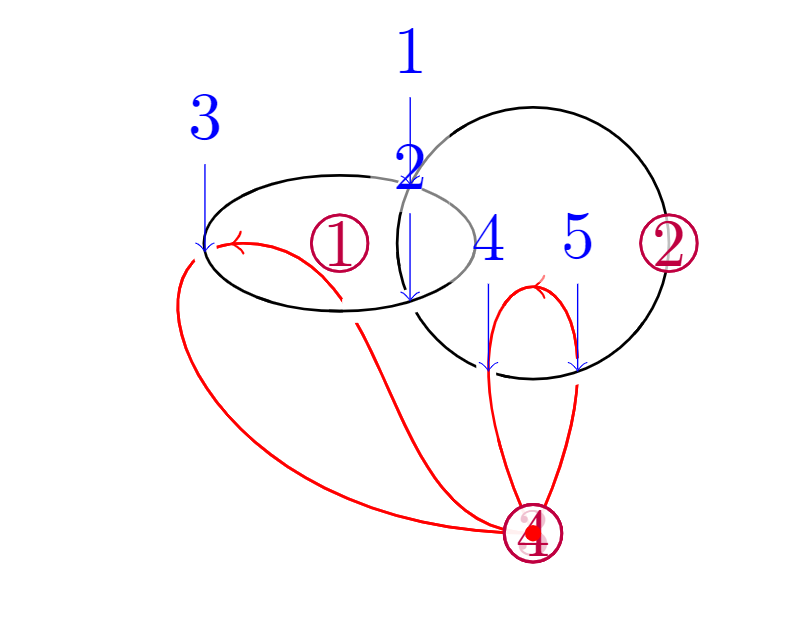 8
How to draw this picture (draw arrows in middle of a loop generated by 'control', make break ) using tikz

15
Rotate a node but not its content: the case of the ellipse decoration
11
TikZ intersections and opacity
20
TikZ: Drawing an arc from an intersection to an intersection
9
Line up nested tikz enviroments or how to get rid of them
5
Marking intersection of two lines with a semicircle with no fill
5
Tikz : self intersection not recognized in knots library of spath3
0
Tikz-knots: Defining separate strands within foreach loops
5
Half-drawn crossings when using `double` with `knots`