Why is the 7 (Computer Modern italic) jumping out of the baseline in this code?

I have an issue I cannot explain to myself. Here is the code:

This is the resulting table:

Why is the 7 jumping out of the baseline?

To answer the question why the italic 7 of Latin Modern is shifted upwards although it has no descender: It actually has an invisible descender, that is, its bounding box has the same depth as the italic 4. The other italic numbers don't have this feature (or is it a bug?). 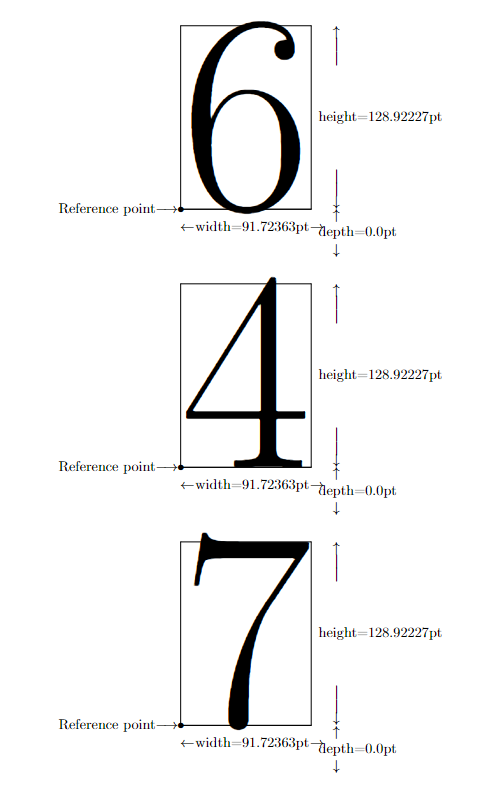 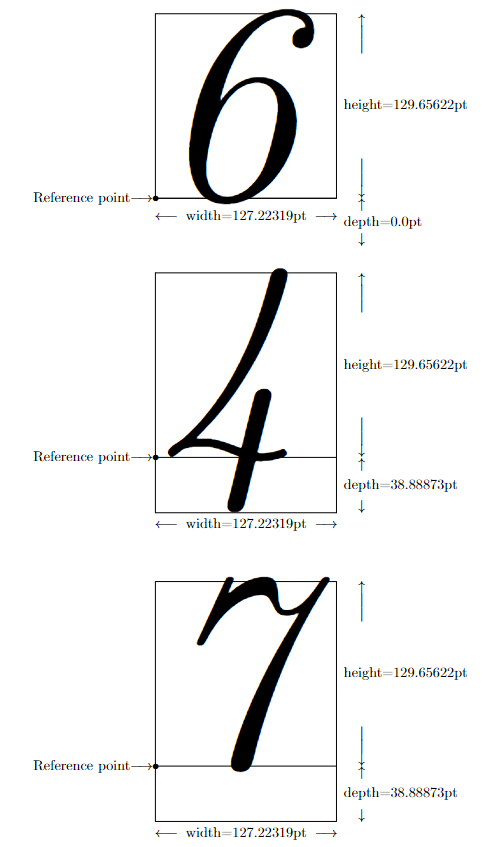 Thanks to @Robert for adding the following quote of Knuth (at the very end of cm85.bug):

I absolutely guarantee that the TFM files will never change again. (Otherwise I would consider zeroing the depth of italic 7, which I admit is strange... we can live with it.)

It is important that the TeX base does not change (execpt from bug fixes), because it is the very basis for frameworks that are much more complex. Therefore even minor changes in the TeX base can easily lead to errors in higher-level code. Obviously this descender is not considered a bug, at least not a serious one.

To this, I add a quote from TeX FAQ:

Knuth has declared that he will do no further development of TeX; he will continue to fix any bugs that are reported to him (though bugs are rare). This decision was made soon after TeX version 3.0 was released;

This will align the baselines of the nodes.

Not the answer you're looking for? Browse other questions tagged fonts bounding-box computer-modern baseline or ask your own question.

1
What is the correct spacing for an operator inside vertical bars?