I try to make a slide using beamer which is mostly a list with a small picture in the top right corner. I can make this using columns and having two separate itemize environments, but this is really ugly, as the itemize environments do not line up and also the spacing is off. Currently it looks like this: 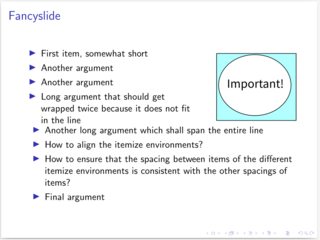 This is the code used to create the page:

Any ideas of how I can make this consistent and beautiful? Note: (Currently) not possible with beamer/LaTeX is a perfectly acceptable answer. At least then I would know that I should stop trying.

EDIT: Zarko provided an answer using the wrapfig package. Unfortunately I cannot reproduce his results. Taking his code and only replacing the image names by my example image I get an aweful result with pdflatex and a not satisfying one with xelatex (writing over the image). So I guess I have run into TeX's infamous version dependency issue :-(
Looking for more stable solutions if possible. 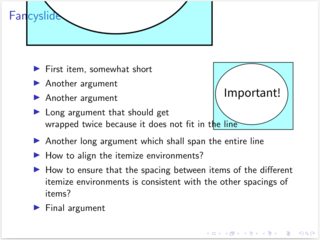 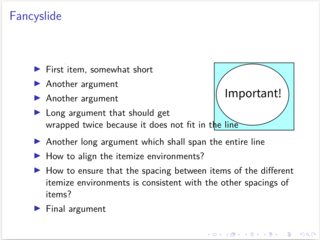 The image I used, just in case it is causing issues: 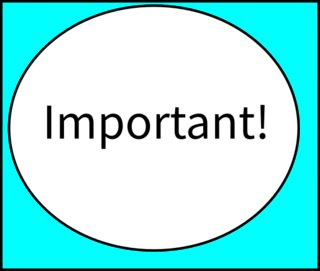 Your solution is not bad. It gives, as I see, desired result. A little bit shorter code you can get if you use wrapfig package. With it you still need to split list on two parts (one for left from figure, one for bottom of of it). For example, based on the second answer on question wrapfigure in beamer, you can write. 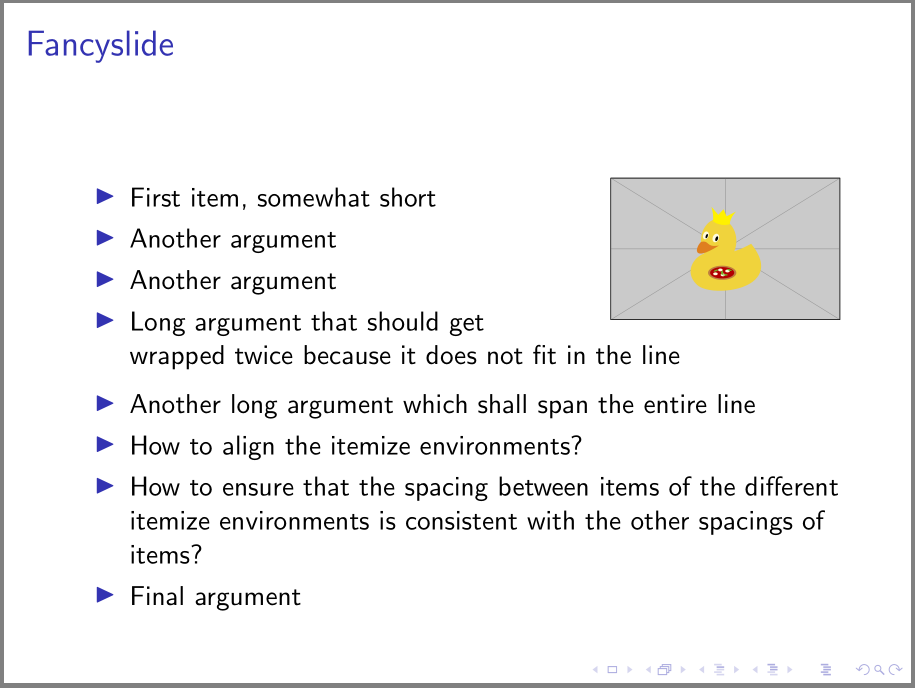 Note: the proposed solution works fine when MWE is compiled by pdfLaTeX and LuaLaTeX, but not with XeLaTeX. .

3
Using \textwidth via strip@pt with beamer and the picture environment
8
Beamer: handout/article mode - produce multiple copies of a frame with distinct overlay numbers
2
Place second list at same position as first list in beamer overlay
4
Remove the blank space caused by images in beamer
1
Indentation of Columns environment inside itemize
1
Frame layout of list changes in beamer depending on figure
1
Why does pgfpages not allow plain text in a beamer column environment?
1
How to fix text location in beamer column?