How to Properly Typeset a Set of Nonclosed Quotations

I would like to properly typeset (with csquotes, if possible) the nonclosed red quotations produced by the following code:

If someone would show me how the quotations in red may be properly typeset without forcing, I would appreciate it.

Use the command \innerspace to set the inner space between the quotes: \hskip<len>. (Use em units!) 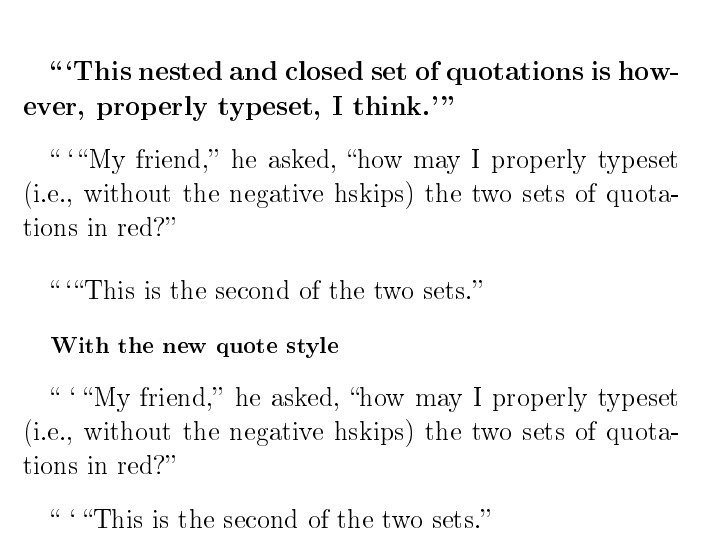 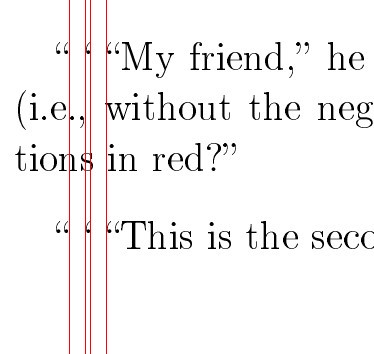 Not the answer you're looking for? Browse other questions tagged typography csquotes quotation or ask your own question.