How to get microtype to work with mathematical minus sign and package lmodern?

Using the package microtype by including the line

in the preamble subtly alters the appearance of a typeset document by, amongst other things, letting optically less dense characters, like dashes or punctuations, protrude slightly in the margins. When I use a mathematical minus sign in a document written in the class article, I write it like this:

If I include \usepackage{lmodern} in the preamble, the minus sign does not get moved out a little bit if it happens to become the first character of a line, but stays at the same horizontal position as for example an "m" letter. Microtype does work for the plus sign and dashes, including when the plus sign is written in math mode:

Does anyone know how to enable microtype also for the mathematical minus sign when using lmodern?

When not using lmodern, the problem can be fixed as suggested by Mico by using \usepackage[protrusion=allmath]{microtype}.

edit: MWE, for which the fix to use \usepackage[protrusion=allmath]{microtype} does not work.

Here is some example code that generates the incorrectly placed mathematical minus sign:

Compiled result (first an enlargement to show the left margin, and then the entire page): 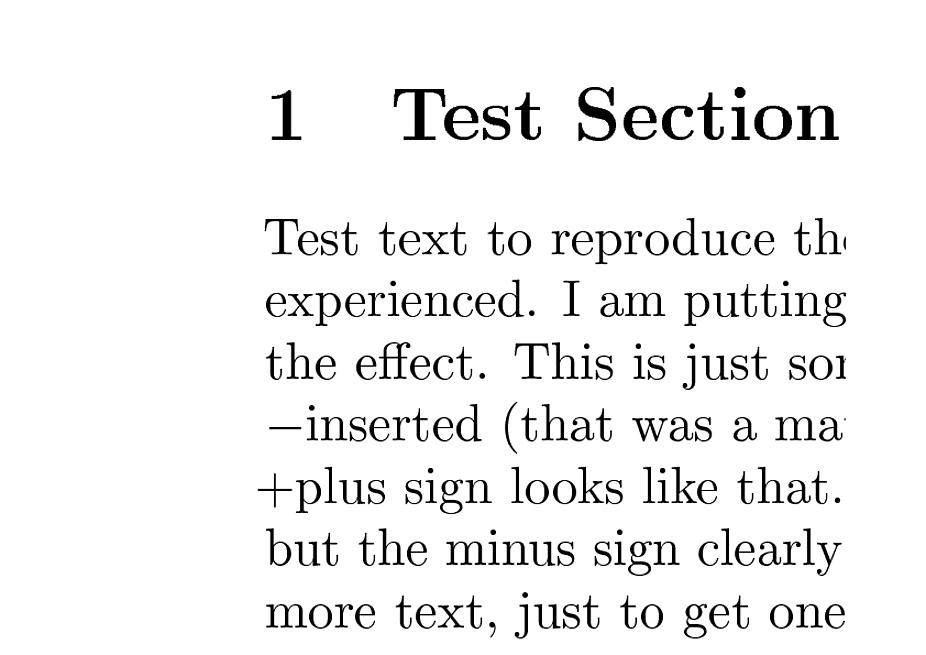 so maybe report this to microtype author...

Not the answer you're looking for? Browse other questions tagged microtype or ask your own question.