Is there a way to "force" TeX to include standard spacing in subscript and superscripts?

As I understand it: normally, TeX does not space the same when in text mode, for example, versus script mode. This can be seen in the following example.

In the example, the regularly set k-1 is spaced more than when it is in the superscript. Is there a way to force TeX to space in this superscript automatically, i.e. without use of spacing commands such as \;?

In Luatex you can set the spacing used in script style to the same value as used in text style (4mu plus 2mu minus 4mu) however as the superscript is effectively in a box, the stretch and shrink components are not really used, as shown by the second line in each pair here

In the last months, Hans has opened up this in luametatex. With the addition of new math atom classes, spacing in math is now very configurable. I do not think it would be a good idea, however, to define all spaces in scriptstyle to be similar to the ones used in textstyle/displaystyle.

ConTeXt uses luametatex (with some additional classes not defined in the engine). A new muskip \tinymuskip, by default set to 1mu, was defined for the purpose of these kind of spacings, traditionally set tight. (The usual ones are \thinmuskip, \medmuskip and \thickmuskip). But one could in principle define and use several more.

Let us look at an example:

This comes out as: 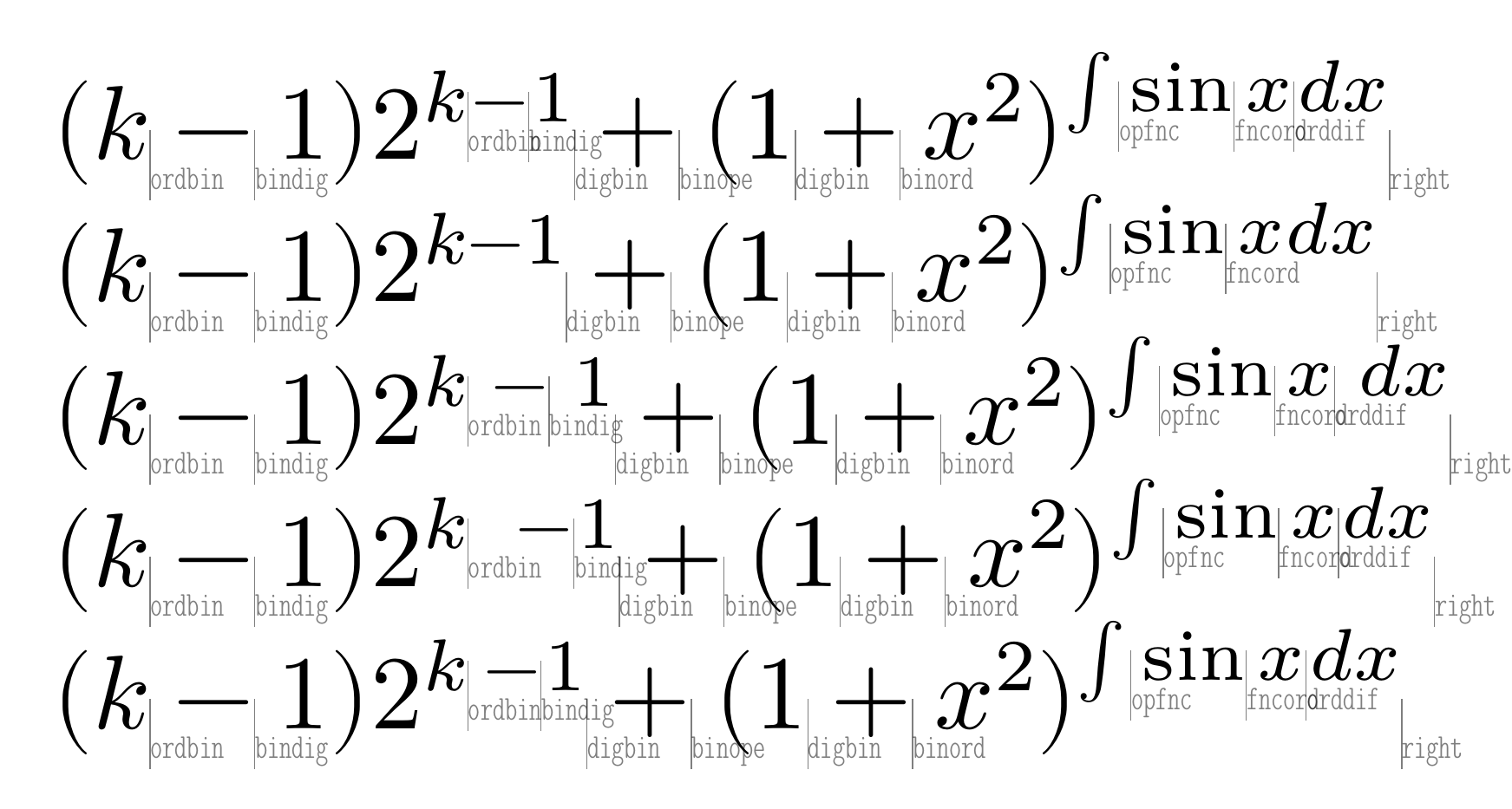 *) In fact, the \allscriptstyles could be changed to \allmathstyles to make it the same for all styles. But, again, it will not look good.

As a final warning, changing the defaults too much will make your math look bad (I've realized this from testing). The default setup of skips, as I understood originally defined by Knuth, have survived for very long, so they cannot be that bad.

4
How do I disregard automatic spacing between characters in math mode?
26
How to get less spacing in math mode
6
Automatically spacing sequences of relations and binary operators
3
Is there a cleaner way to get the proper spacing in this alignedat?
11
Problem with interword spacing in LuaLaTeX
2
Spacing with tilde
4
How to automatically force latex to not justify the text when it is not wise?
3
How to generalize \dotfill with a stretch factor?
3
Is there a way to customize automatic spacing between in-line math equations?