How to Automatically Center Verse 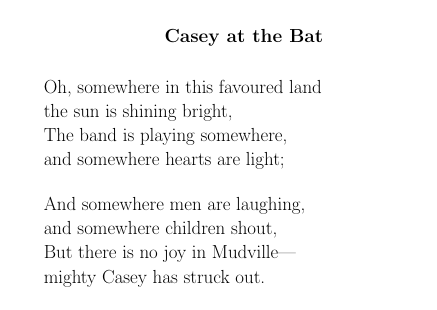 As you can see, despite the \begin{center} \end{center} I've used, the stanzas of verse are not centered.

I know that I can approximate what I want if I uncomment the command %\addtolength{\leftmargini}{60pt} and then visually adjust the amount until I get something which looks acceptable; however, I would like to do this automatically such as one would do to center a minipage or a tikzpicture.

QUESTION: Is there a way to center stanzas of verse in a reasonably simple and automatic way? If so, how may I do this this?

Is there a way to center stanzas of verse in a reasonably simple ... way?

If the verse package is loaded, the verse environment takes an optional argument, which informs LaTeX about the average length of a stanza which, in turn, influences the horizontal positioning of the stanzas. The argument should be a length variable or macro; the verse package provides a macro called \versewidth for this purpose. This mechanism should be used in conjunction with a center environment. (Aside: If you want to allow page breaks inside the verse environment, you should use \centering, not \begin{center}...\end{center}.)

Your query further asked if there's an automatic way to center the stanzas horizontally. The \versewidth mechanism is not fully automatic; however, I believe that's quite alright and not a shortcoming at all, as what you should really want to achieve -- typographically speaking -- is "optical" rather than "mathematical" centering. Whether a bunch of stanzas "looks centered" depends on several factors, and not just on the widest or average length of the stanzas in the verse. In the following example, after some trial runs, I chose the length of the second-longest stanzas as the basis for \versewidth. Your aesthetic preferences may well differ from mine.

The framelines in the following screenshot are drawn by the showframe package. 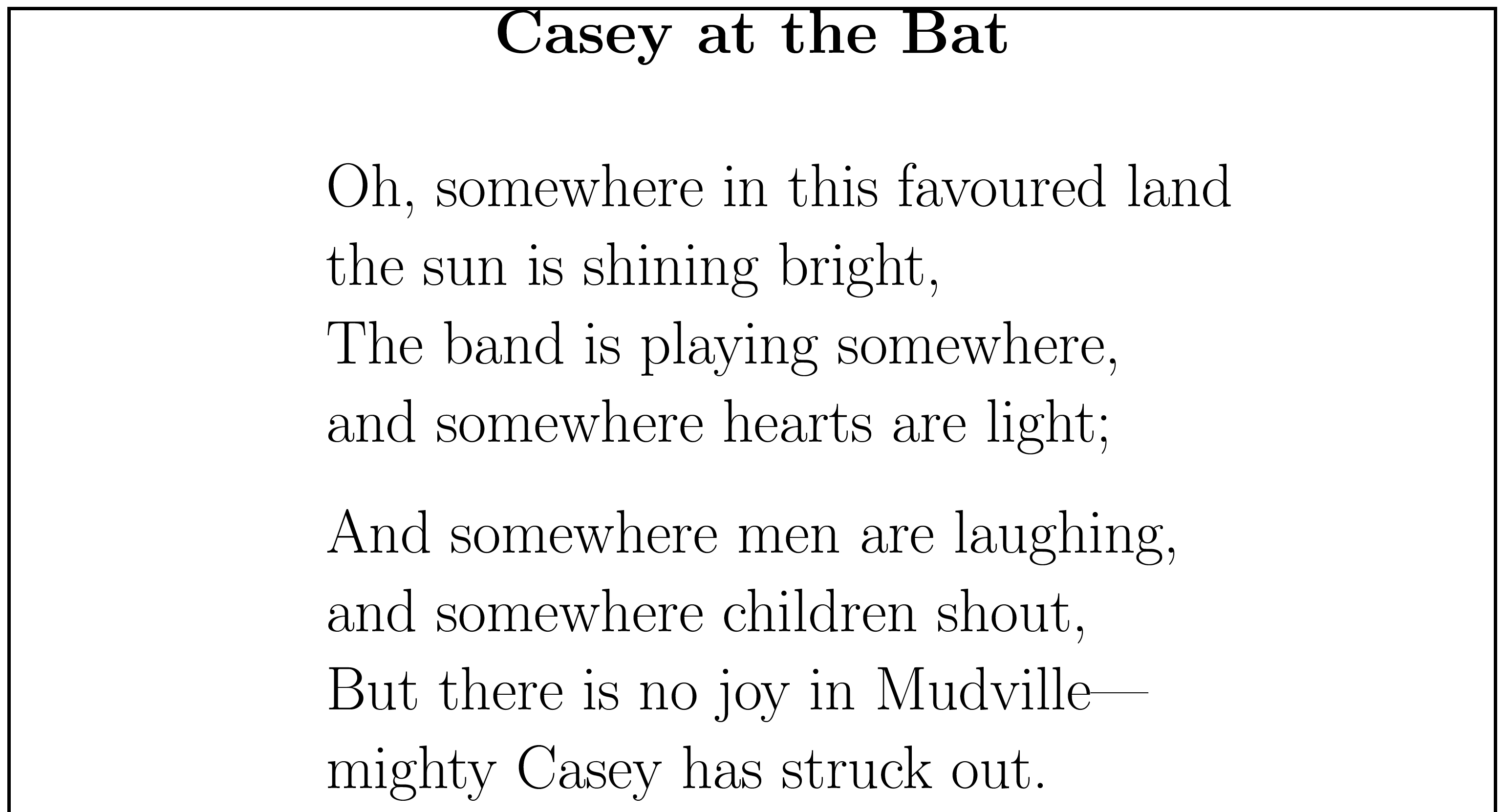 Not the answer you're looking for? Browse other questions tagged horizontal-alignment lengths verse center or ask your own question.

4
How to center a verse horizontally
0
eledmac and verse
2
Add right flushed verse number to last line of verse
3
Add comments in a verse environment
1
How to Right Align \attrib in Verse Package?
4
Fully justify lines in verse environment
5
Pseudo equation inside verse: how to align left
1
\poemtitlenotitle in verse package
3
Smart way to center verse
2
Inconsistent Line Spacing When Changing the Font Size in a Verse Environment