When I us PDFLaTeX it's compiling fine. I would like to convert LaTeX to HTML using Make4ht but it's showing an error.

I have updated as per michal answered, but it's still showing error. MakeIndex Showing Error Image is: 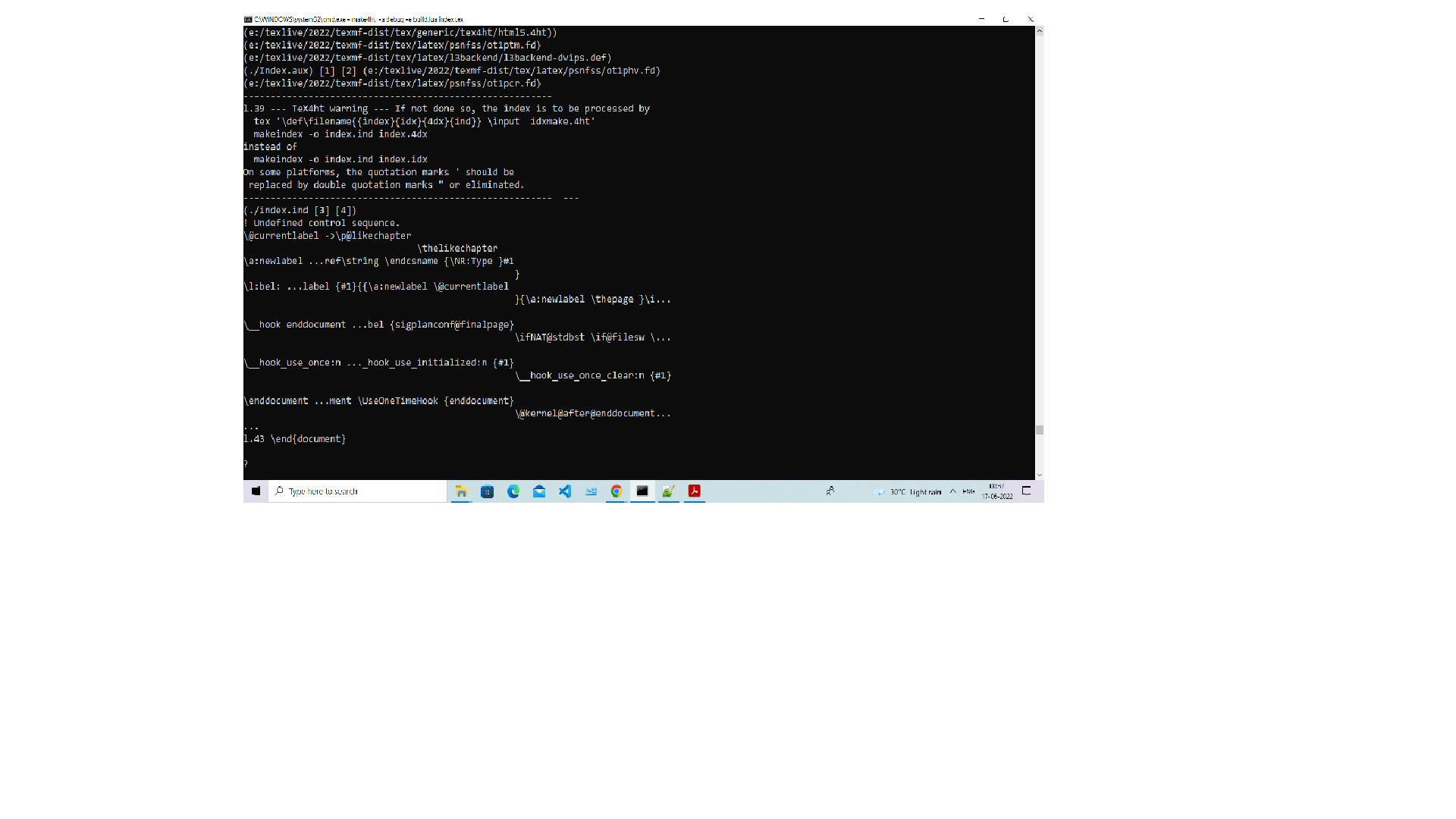 TeX4ht needs extra command in make4ht build file to support indexing. See the documentation. The basic build file with indexing support can look like this:

You can then compile your file using

Regarding your error, it was fixed in TeX4ht sources. The fixed latex.4ht file is too large to get posted here, but you can update your TeX Live distro, and it should work then. 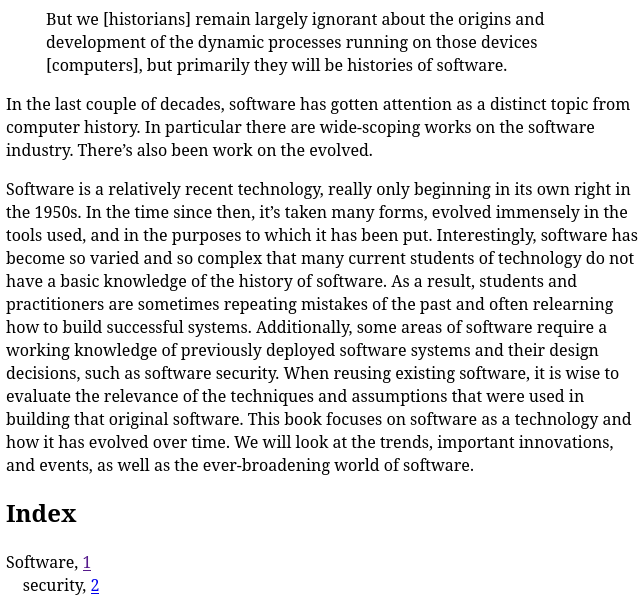