I am trying to label curves which are created by the package hobby. However, I can not align labels properly in the horizontal and vertical direction.

In the first image I am able to use specific coordinates to align at least horizontally. However, the vertical alignment fails.

In the second tikzpicture I try to label the curves without using specific coordinates, but rather with nodes. Failing once again.

Thank you for any help. 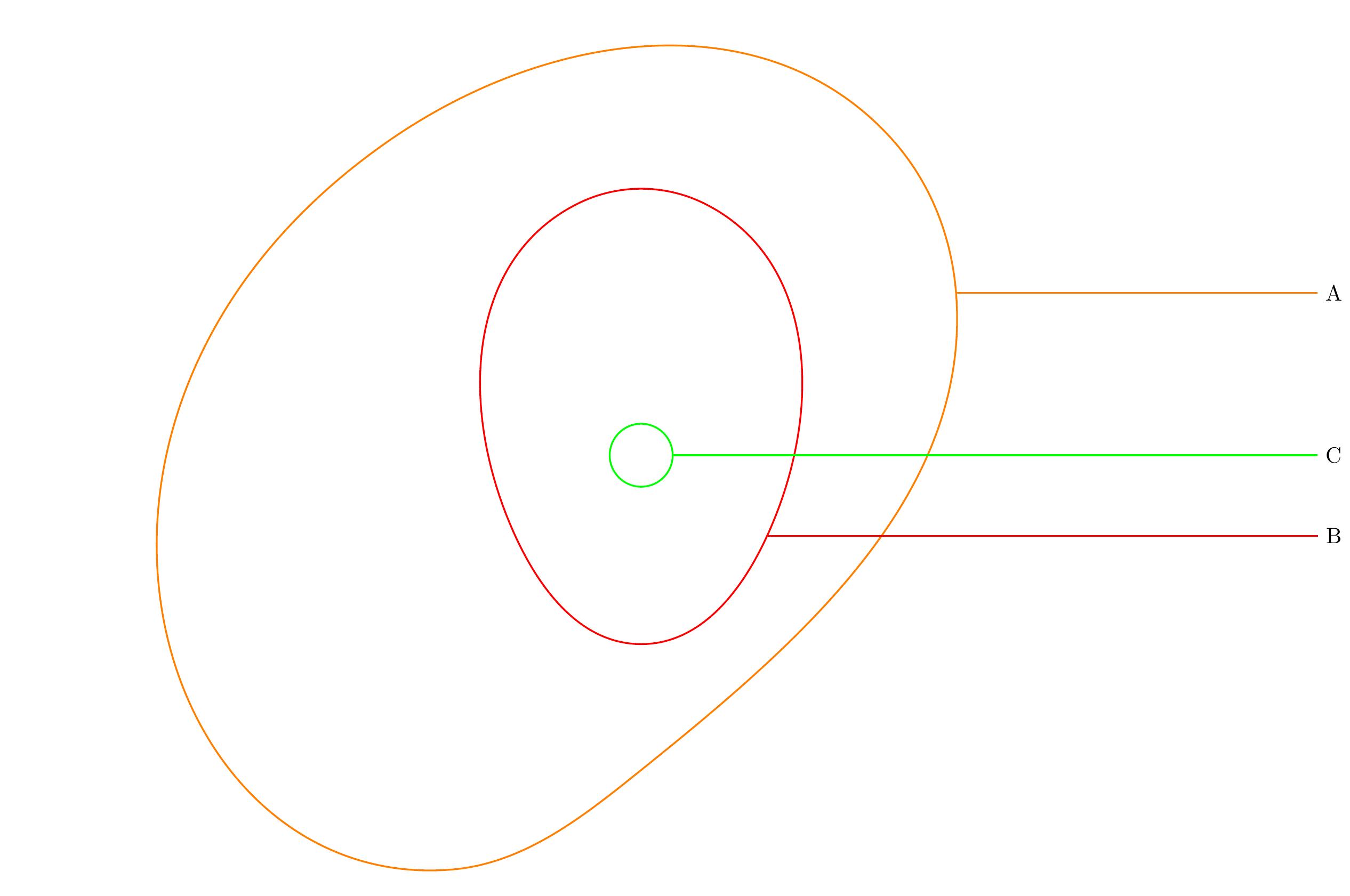 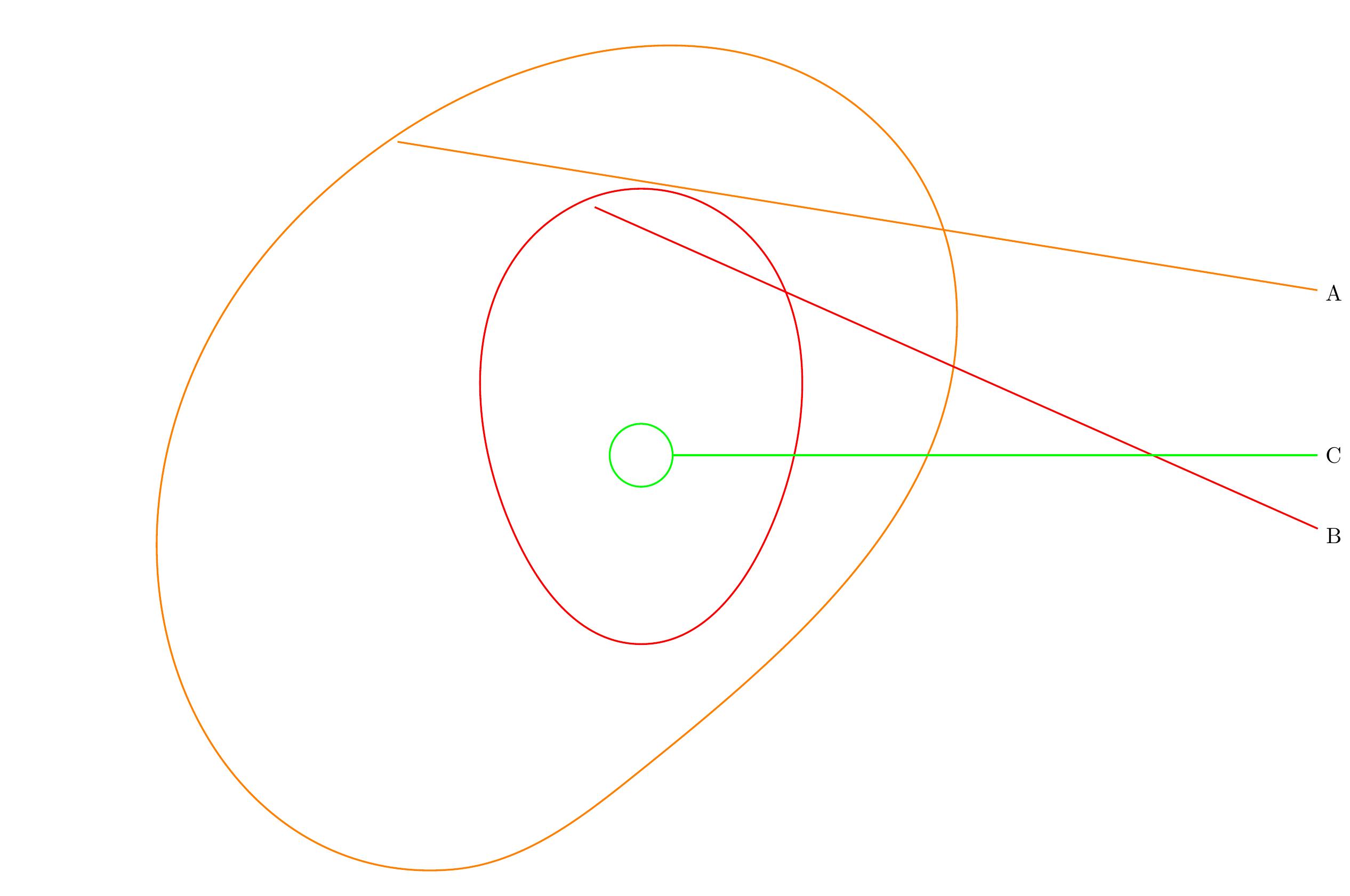 It feels as though you are trying to treat a curve as the boundary of a node. Since your circle path actually is the boundary of a node then it comes with a whole slew of information, in the form of anchors, that can be used to connect it to other things. Normal paths don't have that facility and can't be given them. Your second code places nodes at various locations on the curves and then connects them to the labels. Since you don't specify where those nodes should be on the curves, there's no reason for the connecting lines to be horizontal.

If you want to place the labels at specific places and then connect them to the curves via horizontal lines, then the simplest way to do that is to use the intersections library. In the following code, each curve is drawn and named, each label is placed at a suitable location, and then a horizontal path is defined (but not drawn) so that the correct location for the label line can be found. Using the intersections library, the places where that line connects with the curve are found and then these can be used to draw the label line.

Note that there's nothing special about the fact that the curves are defined using the hobby library here. The same would occur with any path construction.

(I scaled the image down so that it would fit with the article class; that can obviously be removed.) 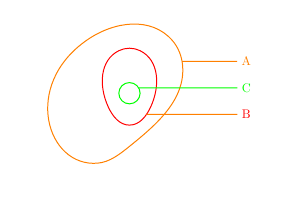 This is a version without any fancy intersection calculation (since it's not easy to do with hobby curves). 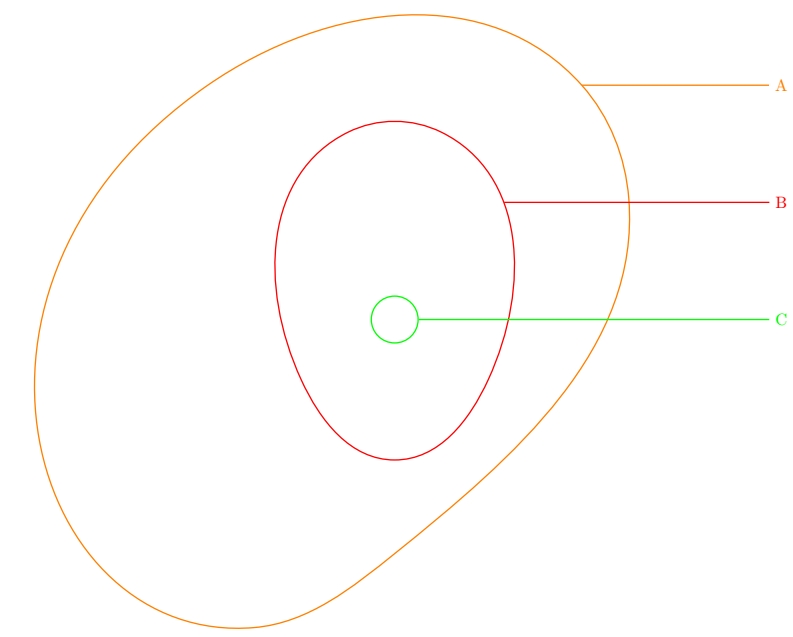 Not the answer you're looking for? Browse other questions tagged tikz-pgf labels hobby or ask your own question.

82
Curve through a sequence of points with Metapost and TikZ
21
How to define the default vertical distance between nodes?
16
Numerical conditional within tikz keys?
18
TikZ: Drawing an arc from an intersection to an intersection
12
Drawing rectilinear curves in Tikz, aka an Etch-a-Sketch drawing
9
Line up nested tikz enviroments or how to get rid of them
7
Trying to draw a function curve with Hobby
1
How do I change the radius of circle in a node in tikz style?
3
Document header with tikz