I am drawing a tikz picture with some arrows. There are two separate sets of formations which have to be rotated against each other in a specific way. That's why I am using two scope-environments. To draw the paths I used self defined coordinates in relative distance to each other. Now I need to draw an arrow between two points, each of them defined in another scope-environment. I tried to use a local bounding box and call the coordinate by refering to it, but it doesn't work. Is there a way to realise this? 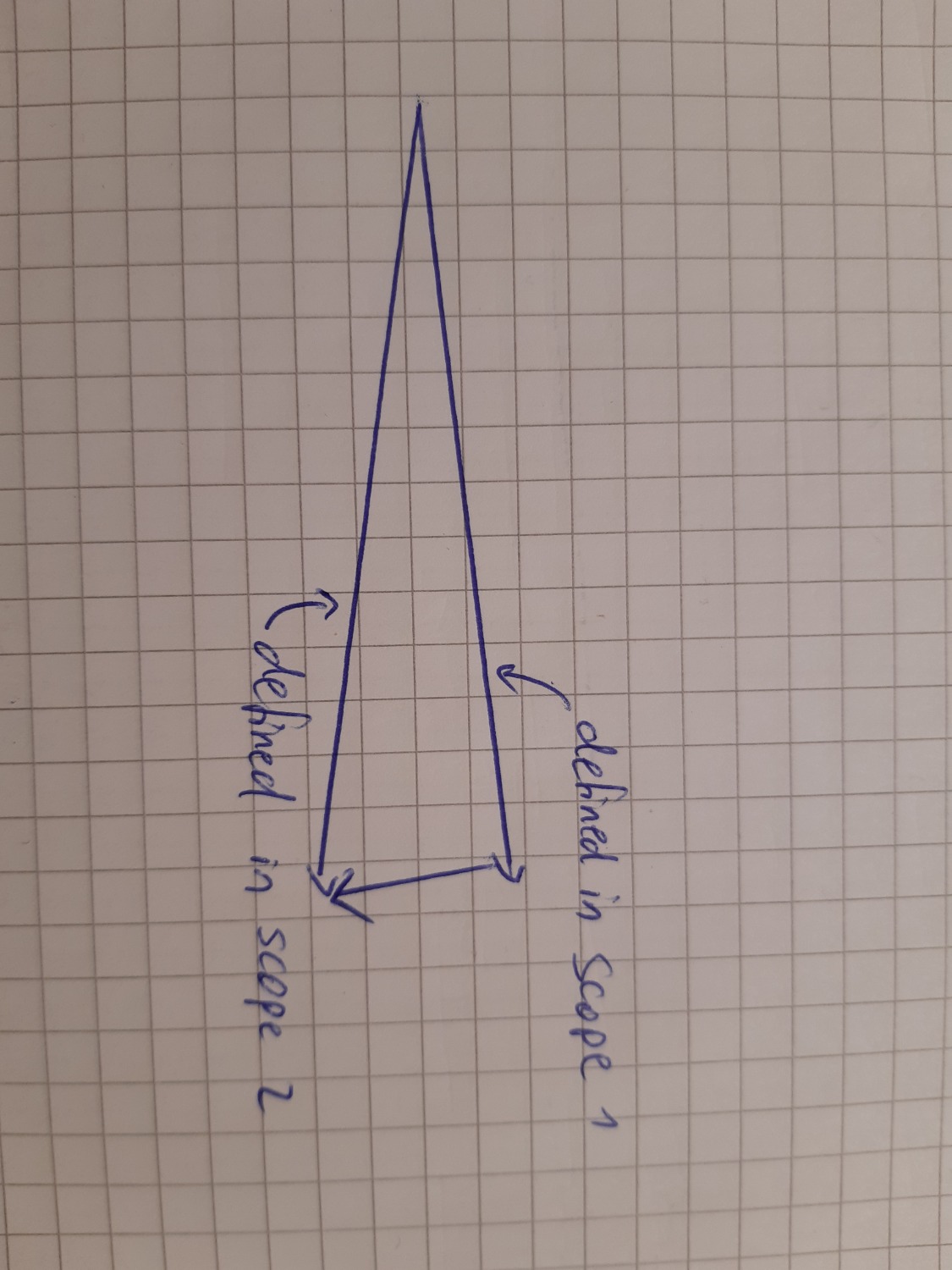 Browse other questions tagged tikz-pgf or ask your own question.

12
TikZ: Cropping the Bounding Box
11
TikZ: Execute code at end of scope OR picture and access its bounding box
14
Rotate a node but not its content: the case of the ellipse decoration
9
Line up nested tikz enviroments or how to get rid of them
4
Position a tikz-draw that uses scope inside an axis environment using the coordinate system axis cs
5
Tikz "overlay" option does not draw nodes referencing local bounding box
2
how to align several tikzpicture displayed using \only
3
Arrow between BTrees
2
Is there a more elegant implementation of this fit-to-bounding-box coordinate transform in TikZ/PGF?