Omit the the .1 from figure numbering when there's only one figure in a chapter

In the book class, figures are by default numbered as \thechapter.\arabic{figure}. However, the {figure} numbering is redundant when there is only a single figure in a chapter.

In my MWE, I have chapter 1 containing two figures (with default labeling) and chapter 2 containing only one figure. How do I get that figure to only be labeled as Figure 2 instead of Figure 2.1

The reason why I want to remove the \arabic{figure} from lone figures is because a .1 could be interpreted as an implication for at least a .2.

Note that the numbering I am suggesting keeps all figure labels unique.

If you think there are more chapters containing labels only with a single figure, I would suggest to turn off resetting a figure number per chapter. This way labels will remain unique across the document.

One way to achieve the above is to use

a starred version, so that format of \thefigure remains the same across the document. Then, redefine the label only sparsely in those figure environments which does not require chapter numbers. I created a new environment called slfigure for this purpose which contain the line

Here is the example 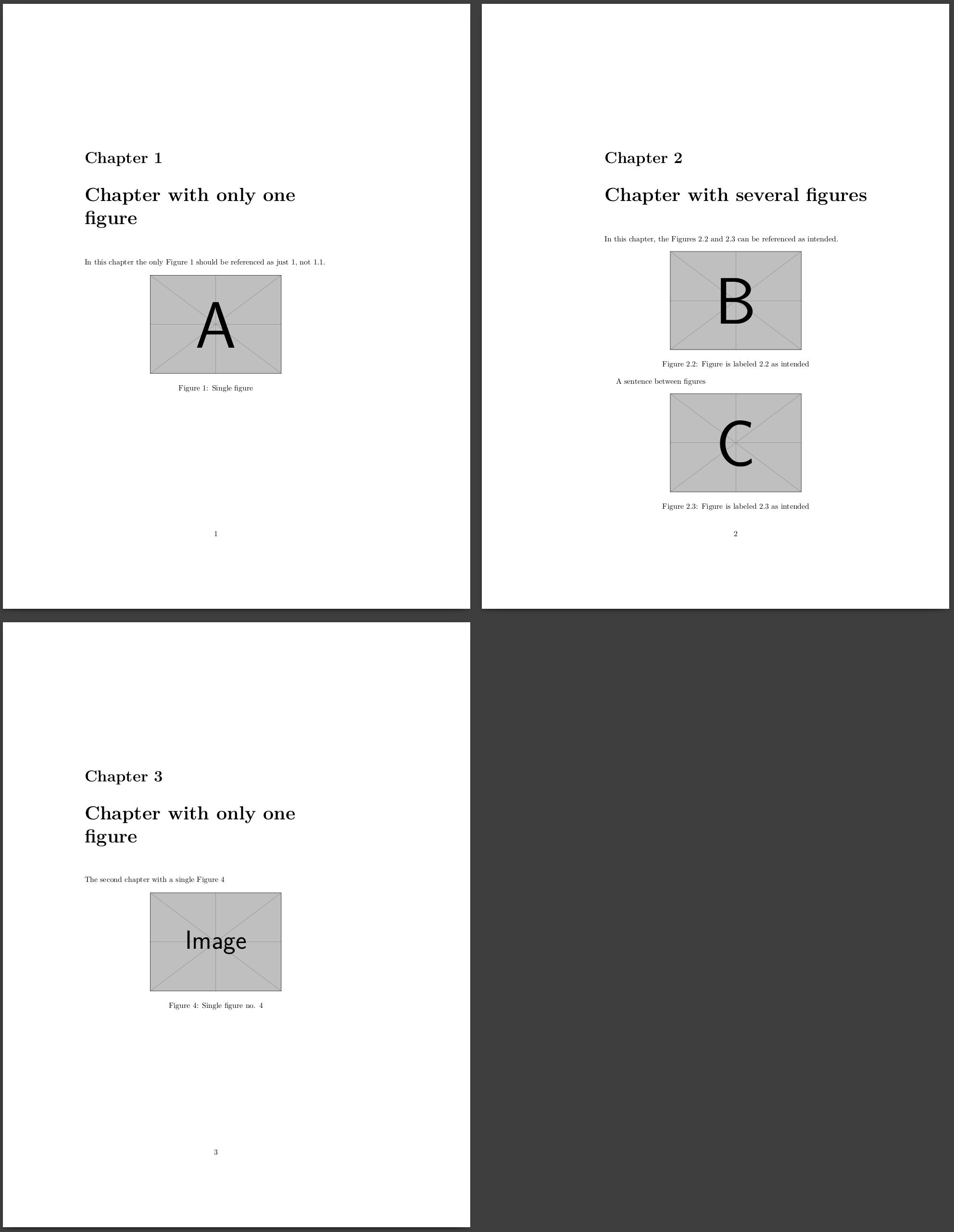 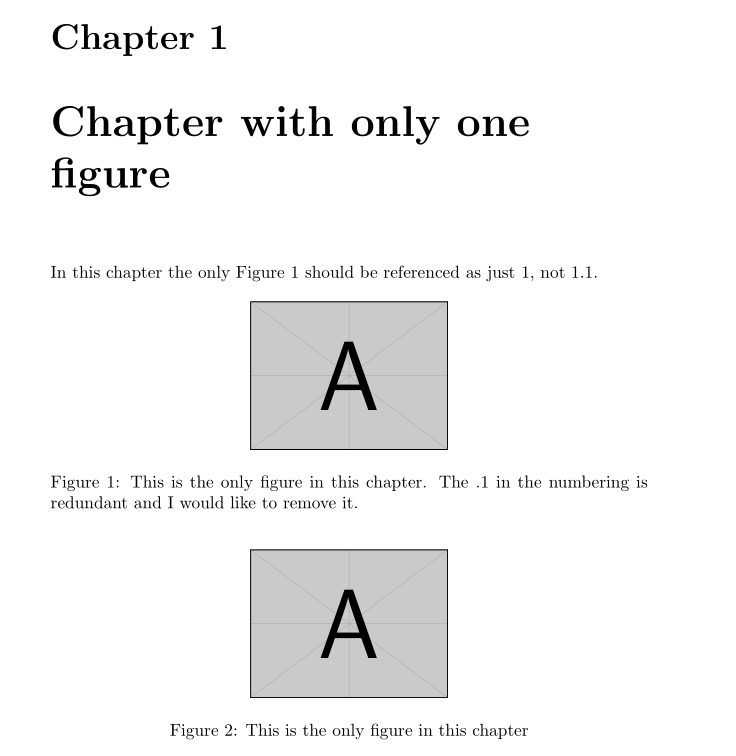 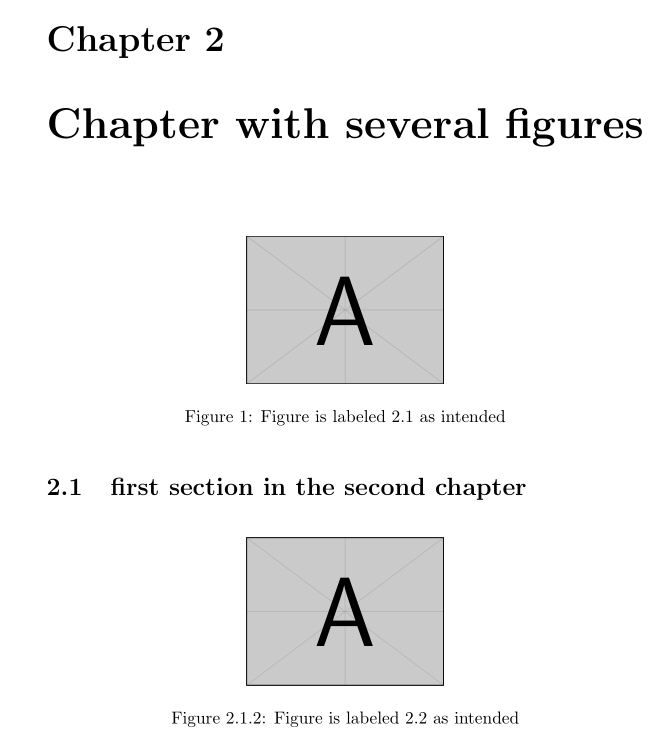 10
Figure numbering without the figure
21
Continuous numbering of figures and tables
9
Figure numbering in \chapter*
0
How do you remove the word "Figure" when referencing a figure?
0
Numbering chapters, sections and subsections continuous after figure label, not the document
1
LyX to LaTeX conversion issue with [Figure] and [Subfigure]