Using the captions package, linebreaks can be incorporated into figure-captions easily: 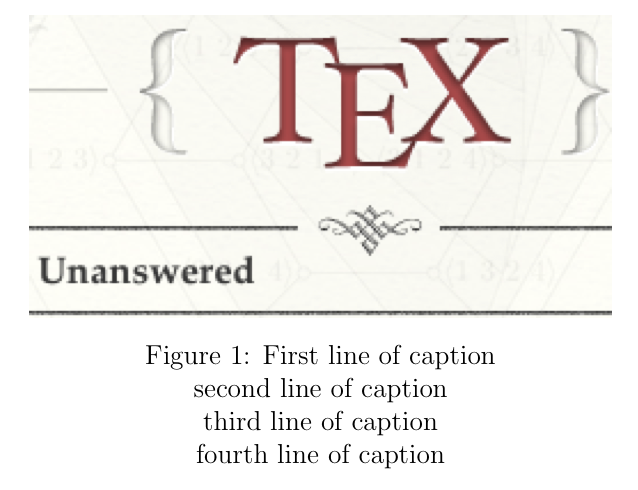 , with the line-breaks correctly observed.

Attempting something comparable with KOMA-script:

generates an error: Argument of \@caption has an extra }.

Is there another way to get line-breaks in a figure caption using KOMA-script?

The reason is, that by default KOMA-Script captions are put into horizontal boxes, to measure if they are longer than one line or not. That's why line breaks by \\ or \newline don't have effect. You can disable this default behavior, for example, by using the KOMA-Script option for captions nooneline, so "one-line" captions are treated like multi-line captions.

Added in your example:

Then, you can get line breaks by \\ if you insert \protect before:

However, it's not necessary if you specify an optional argument. It may be recommendable for such long captions, which might not be the optimum for the list of figures. So, this works too:

Thanks for all the tips, hints, and hacks I "exploited" so far and let me give this back. It cost me a lot of time to figure out the neat pitfalls and circumvent them:

I actually wanted to have exactly what OP asked but in addition the caption text should be aligned like this: 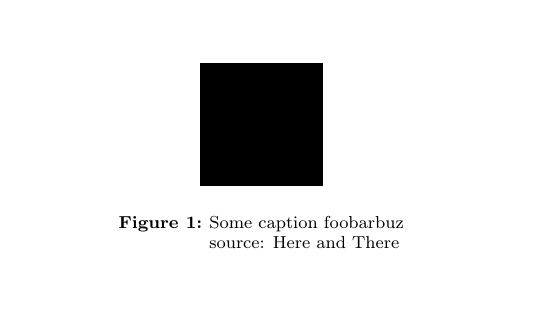 Unfortunately the nooneline-argument spoils it.

In the end I use this in my preamble:

and then in the document:

Not the answer you're looking for? Browse other questions tagged captions line-breaking koma-script or ask your own question.