Are the widths of 𝐿, 𝑌, and 𝑍 in TeX Gyre Termes Math really equal?

It was a surprise to me when feeding lualatex with

Are the widths of the three symbols REALLY equal? I find it hard to believe because these numbers look way too nice, occupying only 3 decimal digits each. I might imagine that really different lengths (given in sp or some other unit) were rounded up to the same number while converting to pt. Is it really so? If so, is it possible to distinguish between the widths of math-mode 𝐿, 𝑌, and 𝑍 from inside LuaLaTeX? If so, how? (After all, running xelatex on the same input provides us with three different numbers. Also, running pdflatex (with \usepacakge{amsmath} instead of \usepackage{unicode-math}+\setmathfont{…}) yields three different numbers.)

character lengths are not measured properties that depend on some accuracy of measurement, they are properties set by the font designer.

Modifying your example to

So the three characters have the same width but different italic correction.

luatex, in contrast to xetex, does not add italic correction at the end of the math which explains why you get different box widths with xetex. 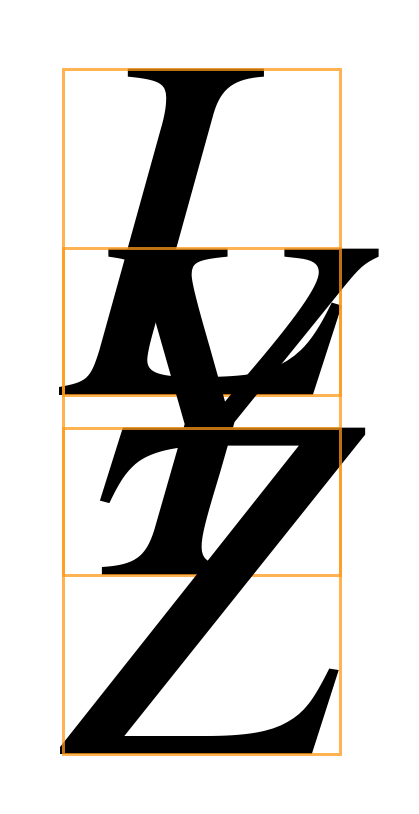 Here I would consider the answer to be complete, but since the other answers wrote about luatex and xetex doing things differently, let me add something about the italic correction in math. In luatex you have the possibility to add italic correction as well (by setting \mathitalicsmode to 1 or 2, I think). I think that the reason it is not added by default is that if one reads the vague specifications it seems that it should not always be added. The situation today is that there are some math fonts, like cambria, garamond-math and lucida (and probably some more) that somehow follow the spec and do not rely on italic corrections (but on kerns), and then there are the rest (like Termes) that relies on the old TeX way with italic correction.

In the last few weeks I have discussed these issues with Hans Hagen a lot, in the context (pun intended) of the newer luametatex engine. Our aim has been to have a spacing model that works both with the old TeX-like fonts and with the newer ones. If we use italic corrections, a formula can look like this (italic corrections marked in blue):

The output is (hopefully) the same. Notice that the width of the orange box with the Z is changed, and that there are two corner kerns added (one bottom right for the subscript, and one top left for the prescript).

The reason that the orange box is enlarged to the left in order to have a method that also works for difficult characters, like lower case italic f that in some fonts sticks out a lot to the left and right from the orange box. Compare the following to examples, and you will understand why. 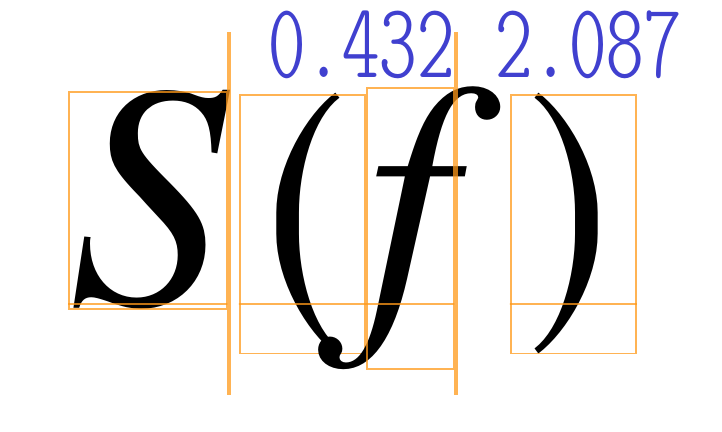 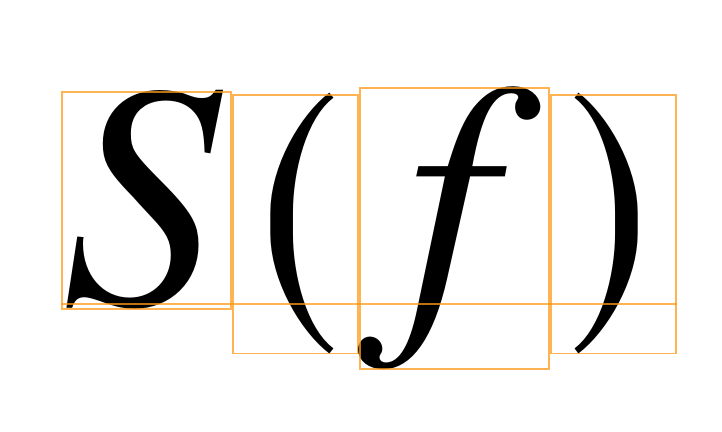 You're not measuring the width of the characters, but of some math formulas. And math formulas are treated differently by LuaLaTeX and XeLaTeX, as the former doesn't add a trailing italic correction.

If you compile the following with XeLaTeX, you get that, indeed, the characters have the same width, namely 5.56pt. 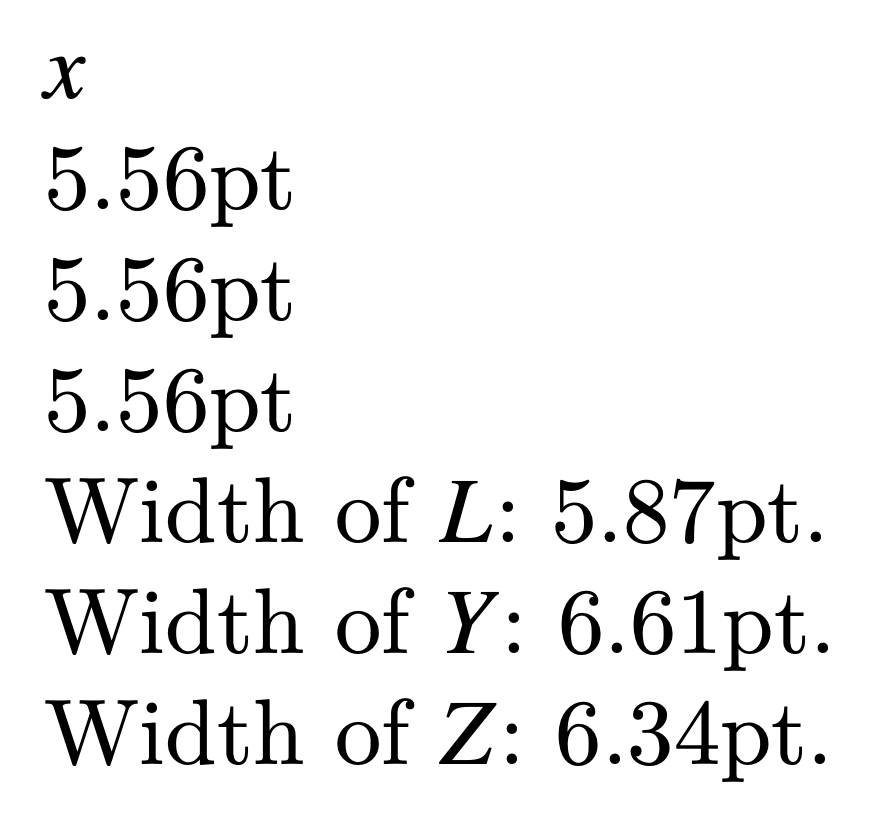 5
Why are math italic 𝑊 and 𝑌 so much to the right in TeX Gyre Termes Math?
5
How do I get italic correction in LuaLaTex with unicode-math and \left \right?