How can I create a customized environment?

(Theorem 123, Preconditions, Claim and Proof should be bold)

Logic behind the environment:

What I've found so far:

I thought \newenvironment might be what I am searching for:

but I could not figure out how to mark internal environments as required.

The amsthm package seem to have environments for proof (source), but I can't see a possibility to nest the different environments and make them look like I want them to look

ntheorem seems to offer a lot of possibilities. I have created 4 new theorem environments:

I have used the latex code from above and got this:

I used the thmtools package as a front-end for amsthm in order to define a new Proof environment; the other two environments were created using \newenvironment. The Proof, claim and precondition environments use adjustwidth from the changepage package to increase the left margin. Of course, feel free to make the necessary adjustments according to your needs: 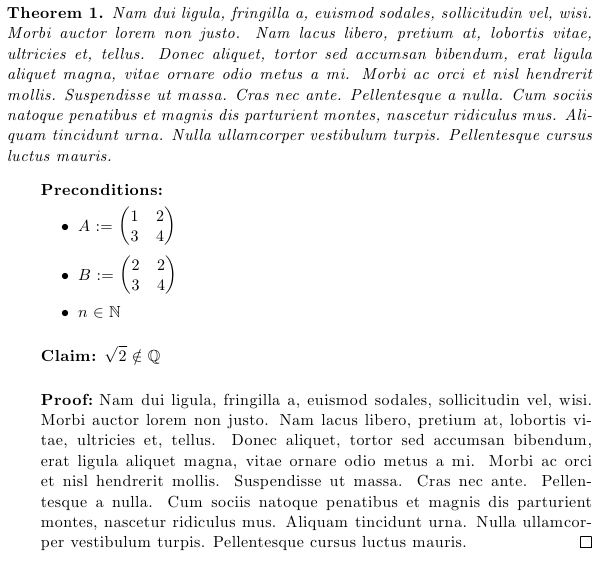 Not the answer you're looking for? Browse other questions tagged environments theorems ntheorem or ask your own question.