In my previous question about arrow:

Connect vertices of a regular poly by curved arrows

I'm trying to now position the very end tip of the arrowhead absolutely.

Basically I have want the arrowhead to come in on some specific point on the node(such as the bottom) BUT I want to specify the angle in comes in on(or goes out).

To understand this. Suppose the very tip of the arrowhead is fixed at some point on a node(the bottom, corner, or edge) but suppose the angle which it "enters" the node is wrong(due to it being a curved arrow like my previous question) or you just want to change it. By using [out, in] it will change the position and not just the angle.

If you don't understand the question change the line in the code in the link to the above. (simply replace bend right with out=180, in=60)

In this case you'll notice that all the arrow heads(and ends) point in the same direction BUT in each case the position relative to the node is different. 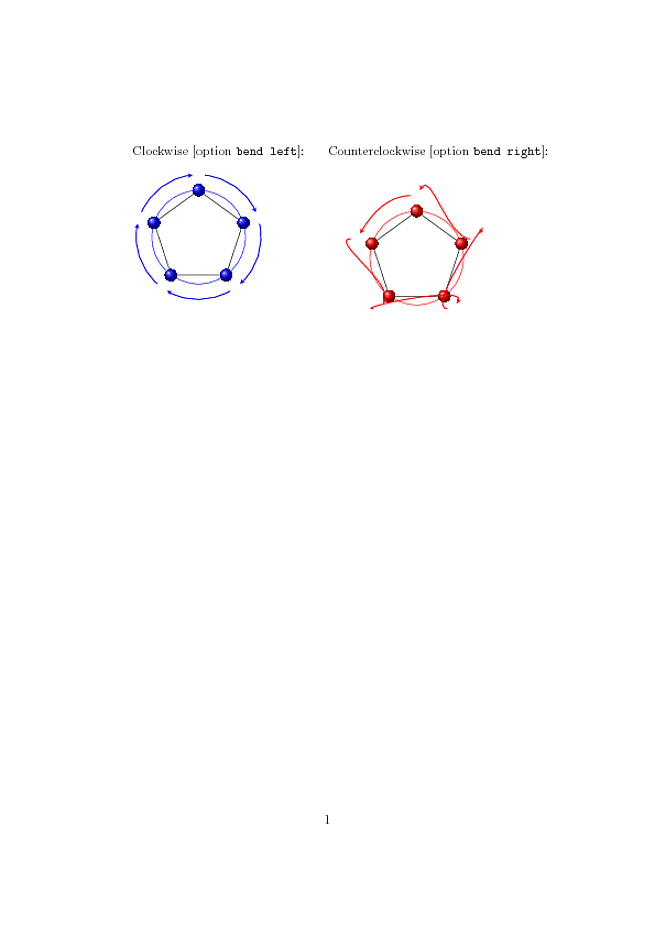 In the above picture you can see that all the arrowheads point in the same direction but touch the node at different positions. The top one is north, the top left is northwest, etc... I want them all to be north, for example, or all be at the bottom of the node(assume each node's top points away from the center of the circle).

I'm not sure to answer the question! you can try specifying the attachment point on the node, but in any case, if you are using the option shorten the points can not be identical 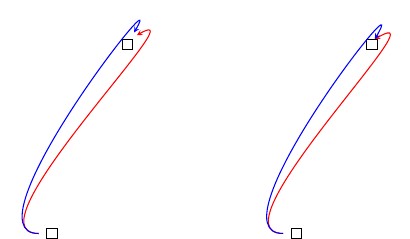 6
Connect vertices of a regular poly by curved arrows

11
TikZ: How to decorate a path with the open diamond arrow tip that “bends” with the path?
6
How do I tell the arrow pointing to my start state to point from up?
15
Repositioning and resizing arrow tip on circular (arc) path
8
InvertedDiamond TikZ arrow
2
Node at each end of arrow, Tikz
3
Setting end-points of arced arrow
17
How to make an arrow from a node to itself have a nice arc?
2
Fixing arrow angle with shorten >
6
How to properly center TikZ circular arrow
2
Shorten curved arrow proportionally to length