Disable scientific notation for Y-axis and data in pgfplots?

I've been trying to figure out how to change the chart from scientific notation to just show the 5 digit numbers. I've tried scale and scale ticks with not success.

How can I change the y-axis and data values to show the decimals not in scientific notation? 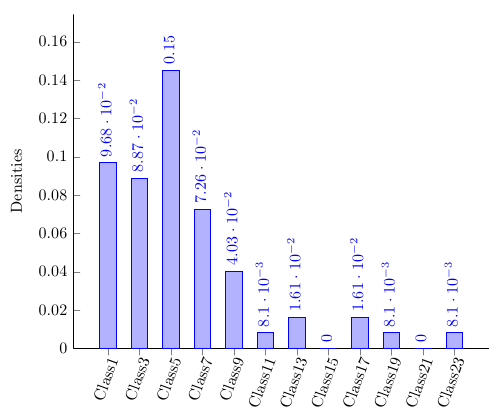 Not the answer you're looking for? Browse other questions tagged pgfplots scaling bar-chart or ask your own question.

3
Use BPchem Numbering As Labels in a PGFPlot
14
Pgfplots: title covers scientific notation
7
How to hide empty (value 0) ybars with pgfplots?
9
pgfplots: percentage in matrix plot
3
Center the axes in the coordinate origin
2
Editing axis and plot style in Tikzpicture