Objective: To separate text column from figures column in every page

I don't know if this has been asked before. But so far nothing has come up with my search.

In some books, the figures are placed at the outer side of the page like in the picture below. 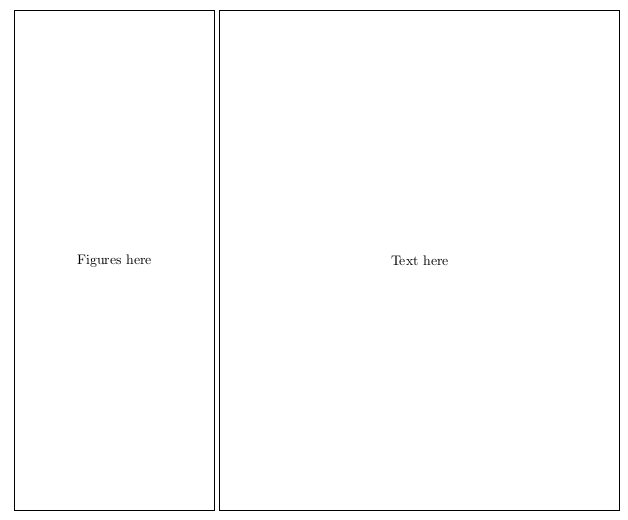 Is this achievable in TeX/LaTeX? That is how does one set up the page so that all text will appear in a 'text column' and the figures appear in a 'figures column' in every page?

You could use the tufte-latex package for this, which provides a marginfigure environment: 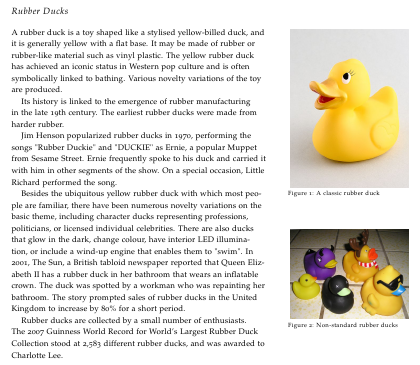 (Text and images from Wikipedia)

Thought I'd add another answer in case you (or anyone else) want the figures to start at the top of the page and work their way downwards, rather than aligning them with the text where the marginal note appears.

Not the answer you're looking for? Browse other questions tagged floats positioning marginpar or ask your own question.

3
How can I put a page of figures as the next to last page?
4
Figures on left pages, text on right pages
2
How to move figures to an extra page?
1
Move figure away from first page, in two-column mode
2
Force placement of currently unplaced figures before a certain block of text
1
Controlling placement of “set” of figures in a two-column document
1
Figures and text side by side
0
Figures are sent to the right column on the next page
0
prevent figures from appearing in first column