How to make the pdf output of better print quality?

The pdf output generated from by LaTeX is usually not as clear or black as the standard documents would usually be preferred.

The search so far suggests that either the fonts used or the Ghostscript viewer may be a problem (latest is version 9.0 and MikTeX comes with 8.7), but I have not found any information for making the fonts themselves have darker ink so to say.

How can the pdf text be made of clearer print? Please specify the exact packages/fonts/software required.

Standard LaTeX documents without a color package should be black and white, not somehow grayscale. Check it with different viewers.

How can the pdf text be made of more clear print?

If this means, that the text looks fuzzy, ensure that bitmap fonts aren't used. For instance, LaTeX might switch to bitmap fonts, if you use T1 encoding but your font doesn't support it.

Lately, I experienced the very same problem: text and graphics produced with pdflatex do not appear totally black. I noticed this on the (laser-printed) test print that I got from the printing company that will print my thesis. (although, when I printed the same document on my own laser printer, the result was perfectly black).

What happens is that the 'black' in the document (as far as I could see, it is stored in the pdf as "0% gray") is converted to a different color scheme, in which it is mapped to something which is not perfectly black. As a result, the printer will use a dithering pattern (black dots with white spots between them) to 'fake' the not-perfectly-blackness. This can be easily seen in two ways:

Years ago, I experienced the same problem with other PDF's I made (not with Latex) when going to the local copy shop. The problem could be solved by using a different color space in Adobe Acrobat (if I remember correctly, we used Adobe RGB to solve it). Apparently, in that color space, full black (or 0% gray) was mapped onto the most black color available.

Are the fonts you're using too light? Maybe using a thicker font would do what you want.

I experience this phenomenon, too. But only when using latex -> dvips -> ps2pdf, not with pdflatex.

My quick & dirty workaround is putting \color{black} in my preamble (needs package "color").

Here is a minimal code to reproduce this effect:

Honestly, I don't know if that's good practice, it worked for two publications so far.

You need to add \usepackage{mathptmx} to use Times fonts. Here is the table that shows the default fonts in the LaTex installation. 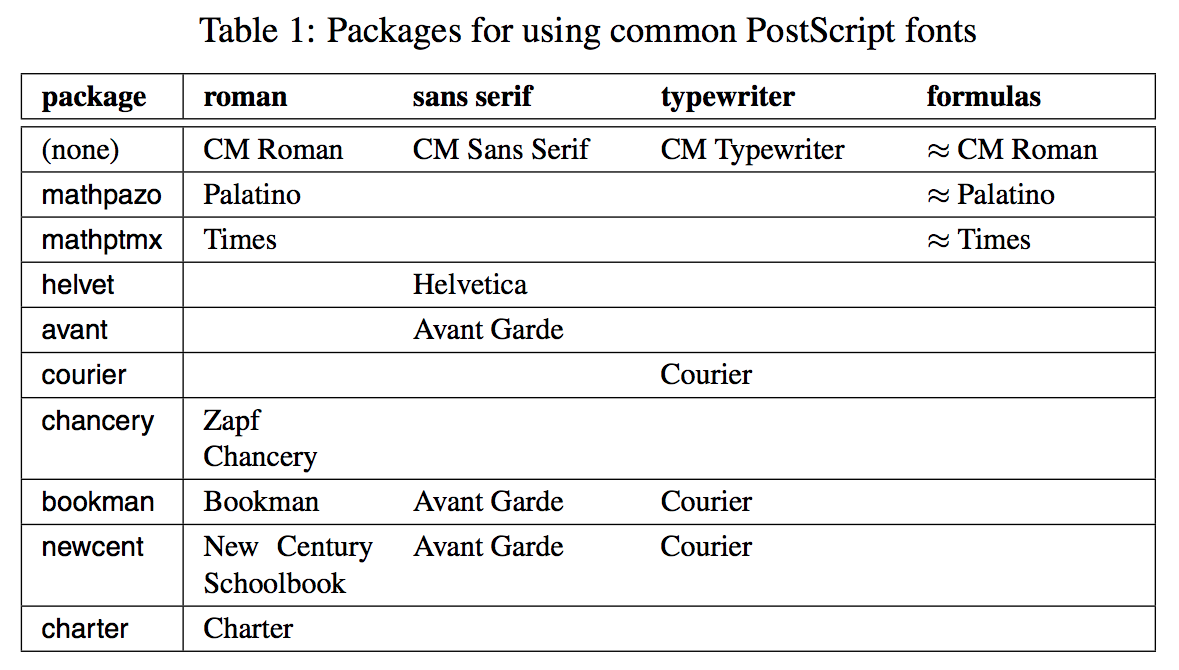 This video also shows you how to change the fonts to avoid the light print quality issue.