This is what I'm using:

For some reasons, when I print out my document, there seems to be a slight 1-2mm discrepancy between odd and even pages, when I look through a single sheet (with a light in the background).

What I see is that the page on the other side is shifted by 1-2mm to the right, compared to the page I'm looking at.

What could possibly explain this?

The printer driver of Adobe Reader has a rather "nice" feature. If I look at the page properties of a PDF document produced with pdflatex, the program says

while with pdfinfo I get

However, according to bc,

Since the output format is set to A4, which at Adobe Reader's eyes is different from the stated document size, the program offers by default to "Fit to printable area" with a zoom to 93%, which is quite a bizarre figure, since the document is smaller than the paper, at Reader's eyes, not larger.

So, always watch out for the printing options and remember to choose "None" from the "Page Scaling" pop up menu.

Preview for Mac OS X has exactly the same problem; here is a snapshot of what I get when asking to print something: 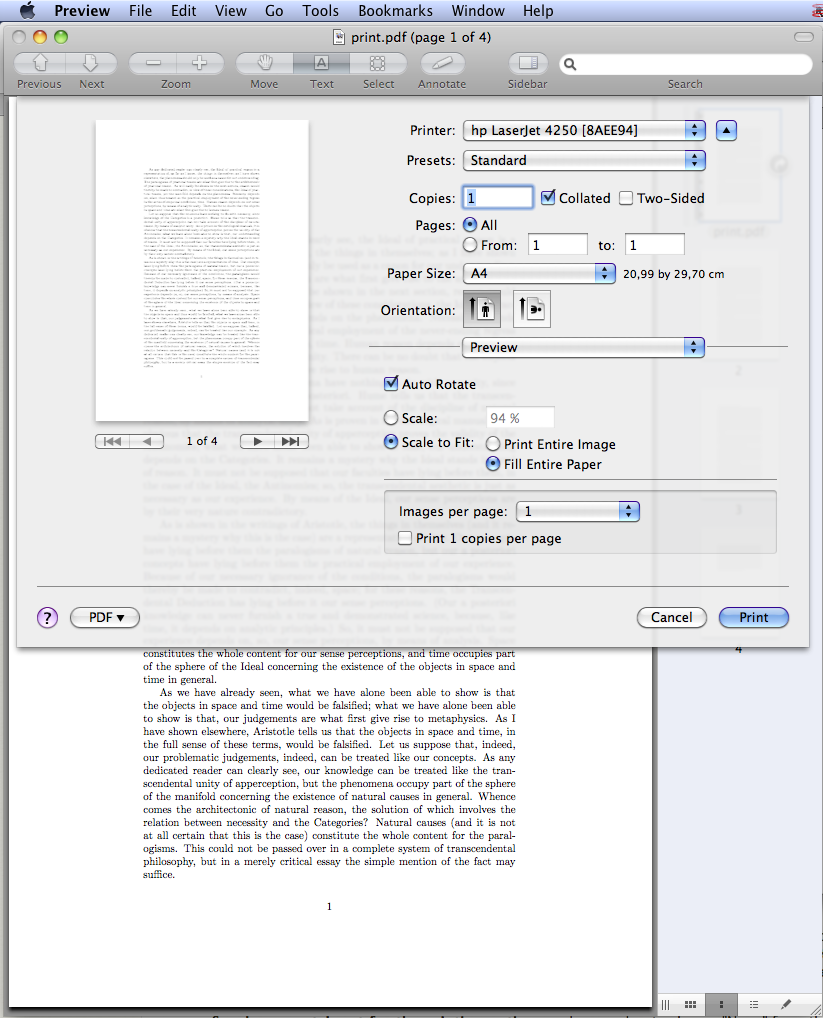 Where it's seen that the document will be slightly scaled down. If I choose the "Scale" option with 100% in the box, the result is correctly printed.

Note that Skim doesn't have this problem.

Not the answer you're looking for? Browse other questions tagged margins paper-size geometry or ask your own question.