Also, as a bit of a sub-question, I'm wondering if my approach is any good... To create the graphs, I create it the epslatex terminal, then I convert the eps file to a pdf file so that I can use pdflatex. Is there a better way to do this (perhaps GNUplot can create the pdf for me)?

To use the epslatex terminal with the test command, you first need to specify where to write the output. You can do that by issuing set out "<filename>.tex, then test, and then set out to close the file. You'll then get a <filename>.tex and a <filename>.eps. By using \input{<filename>} in a LaTeX document, you'll get the following output (assuming you used set terminal epslatex color): 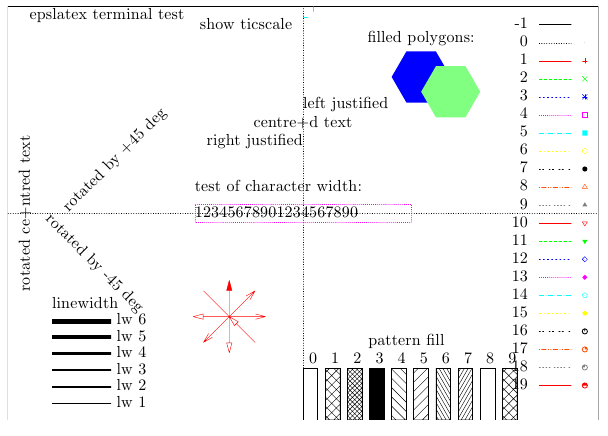 As you can see, the epslatex terminal uses dashed line styles by default. You can change to solid colored lines by using set terminal epslatex color solid: 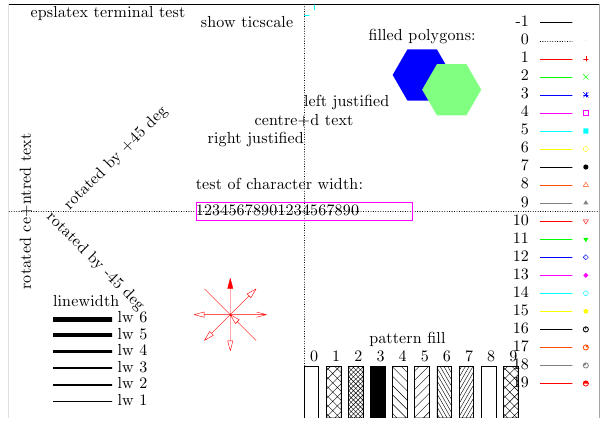 For comparison, here's the wxt output: 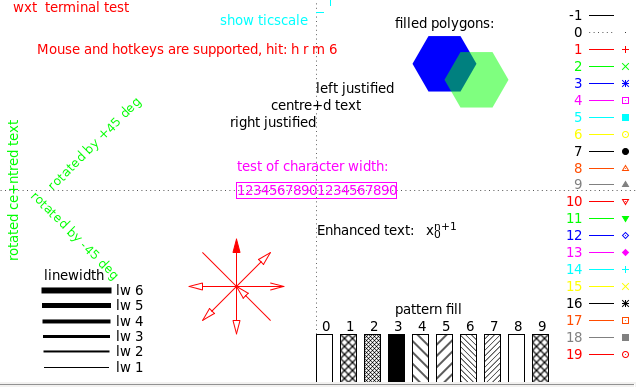 Not the answer you're looking for? Browse other questions tagged gnuplot or ask your own question.