Like @brannerchinese here, I'd like to suppress the figure numbers for certain figures, but I'd like to do it within the context of the wrapfig and wrapfigure package/environment.

Being rather new at this, I don't really understand the answer that @GonzaloMedina gave him, so I can't generalize that, but I did try blindly copying and pasting the \newcommand\WLcaption[1]{ (et. al.) into my preamble just in case, and as I guessed, it didn't work (compile failed with error). Also tried \caption*{text} in case that had been implemented for wrapfig but also no joy.

Any ideas on how to do this? I just want a caption for some figures, but no figure numbers.

The following code shows three options, all of them using features provided by the caption package: the first one, uses \caption*; the second one uses \captionsetup to declare the predefined labelformat=empty style to suppress the label; the third option uses \DeclareCaptionLabelFormat to define a caption format without number but keeping the "Figure" label: 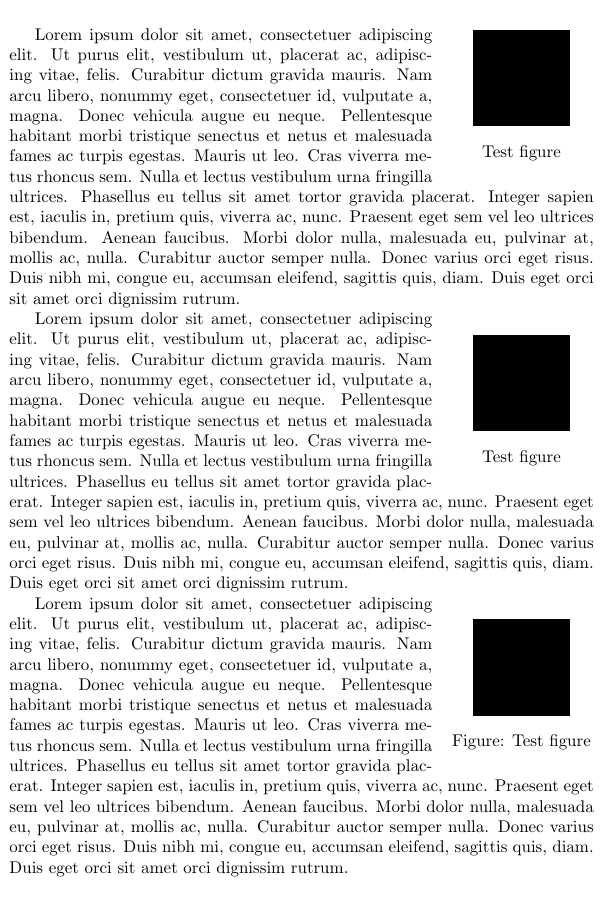 Not the answer you're looking for? Browse other questions tagged captions wrapfigure or ask your own question.