Plain is awesome up until you'd want to make some structure for your document(s), because getting the sectioning macros right seems to be painfully difficult.

For you see, the problems I've had with making one are related to situations when there is a higher-level sectioning command directly followed by a lower-level sectioning command. Because normally I would indeed want there to be an allowance for page-break, but in the abovementioned case I'd certainly not want that. For clarity, by higher- and lower-level I mean a structure like (from highest to lowest):

So the question is: How can I make a sectioning macro which could differentiate between if it was used just after a higher-level sectioning command, or not

I chose not to post any example code because most of it would have nothing to do with the problem itself.

I'd use \vskip1sp\par at the end of a sectioning command. Then you can test this with \ifdim\lastskip=1sp. You can also use different numbers to check which of the commands is used. (1sp is so small that is has practically no effect.)

If you want to use \noindent, then a \vskip at the end would be a bad idea: use \noindent\hskip-1sp\hskip1sp\relax instead of the above; then again \ifdim\lastskip=1sp should do the job.

I am not a plain TeX user, but the easy way seem the OPmac package: 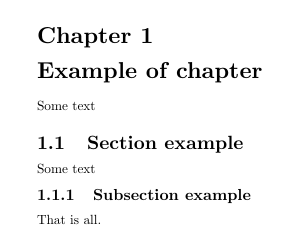 Not the answer you're looking for? Browse other questions tagged sectioning plain-tex or ask your own question.

7
Toggling Phantom In Macros (plain TeX)
7
Plain TeX vs. LaTeX Macros
9
Indent or not based on section depth
7
Style/macros for outlines in Plain TeX
12
Plain TeX macros contains \par as parameter delimiter, but doesn't work with \obeylines, why?
10
Rearranging blocks (poetry) in OTR (Plain TeX)
3
Setting font in OPmac or other Plain macros