Interactive PDF, Latex and Article of the Future

Influenced by Elsevier's Article of the future and this blog post where someone writes an article with Apple's iAuthor and gets many functionalities (clicking on references show a balloon with the given reference, or previous definitions and theorems, etc...).

I am conscient of the existence of acrotex and the many hyper-referencing capabilities it offers, quizzes, etc, but can something like these "floating balloons" can be implemented in pdf with latex? It would be interesting as having a free substitute for Apple software is always a good idea.

Note: incoming version 0.5 of ocgx package uses ocg-p package (instead of ocg.sty from documentation of Asymptote).

Here is a very simple example using ocgx package and TikZ. You can click on equation to show its name if your PDF viewer is compatible with OCGs (like Adobe Reader, Foxit Reader, Evince...). 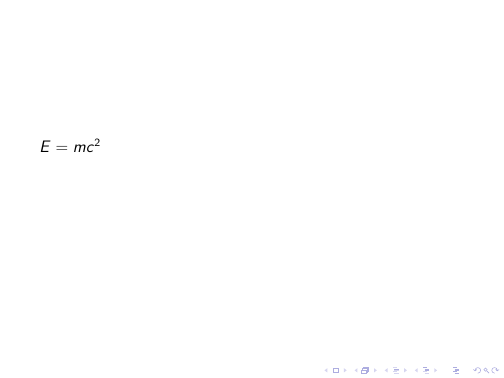 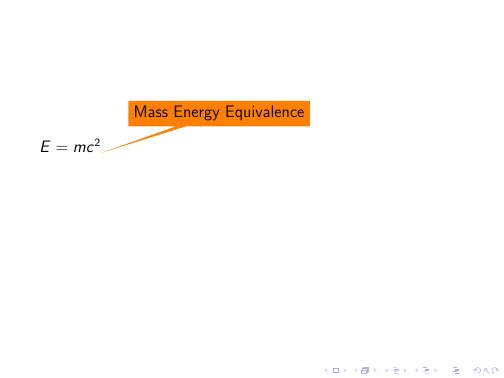 I don't know if you are looking for a purely LaTeX approach. If that is what you want, then it seems Paul Gaborit's ocgx package is the way to go. But you tagged your question as acrotex which uses javascript to enable its mouseover features. The manuals of acrotex also have mouseover features. In Mouseover events in beamer: hovering on \eqref and a comment containing the original equation popping up I used fancytooltips which also uses acrotex.

Looking at the pdf's you linked to, it seems that some javascript magic was also implemented. My answer and Speravir's additional answer to Mouseover will greatly help in this case. There are also a lot of examples provided in the devloper's site: http://user.mendelu.cz/marik/fancy-preview/.

Here is a sample article. (I'm sorry for the inconsistency of topics in content and bibliography:). I used different sources for it--the math is from http://en.wikipedia.org/wiki/Argument_principle while the bibliography is from biblatex's biblatex-examples.bib. (I am lazy and almost proud of it).

Read through Mouseover for the explanation about compiling the code in different platforms.

I compiled this in terminal using

The previewall option enables mouseover pop-ups even if the link being referenced to is on the same page. I used it here just for the sake of the example but I personally think that enabling mouseover for equations when one can already see the equations on the same page is nonsensical. nosoap, the default, removes the soap-shaped figures (tooltipmarks) on the top of the links.

Here is the output. 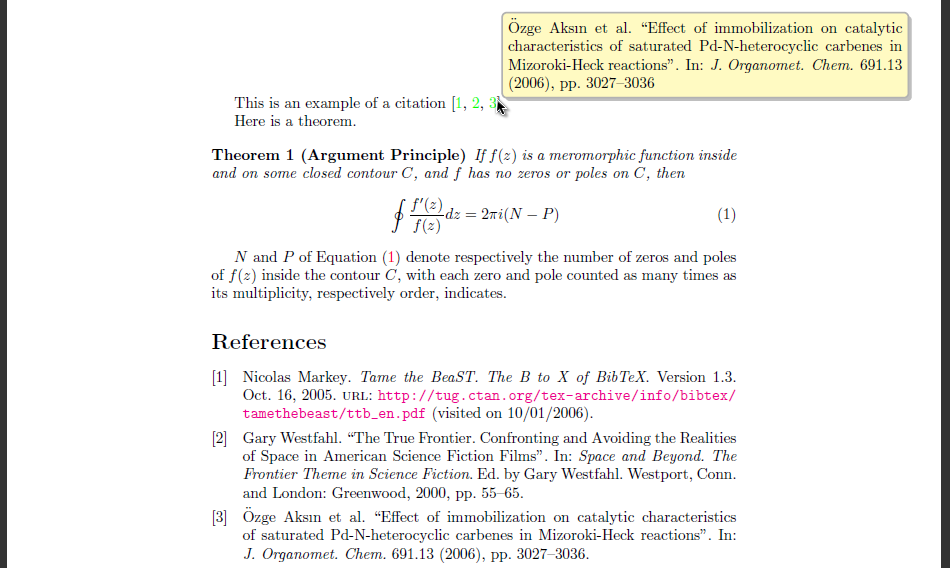 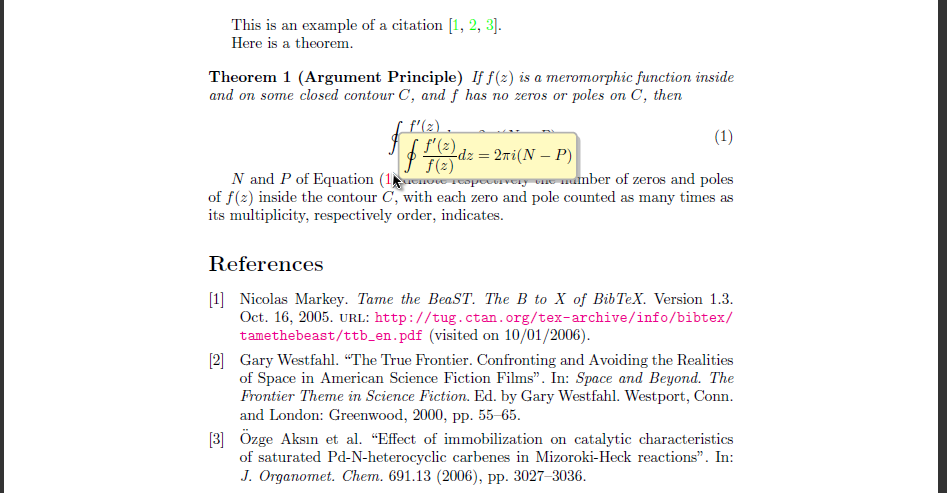 To enable tooltipmarks, compile with

To use any of the four pre-defined tooltipmarks of fancytooltips, you may use --fancy_options="previewall,tooltipmark=1 where you can replace 1 with 2,3, or 4.

It is possible with LaTeX to program anything you want in a pdf. You might even make your document talk (see Hello World in pdfLaTeX). Effectively though you are writing JavaScript to a file via LaTeX.

However, my personal opinion is that once you start talking about presenting information in many different formats and media, you need to turn your thinking around. For example, I find it easier to start writing a document in a browser window (see LaTeX mark-up as a generic mark-up language) and sending the same mark-up to a LaTeX engine to produce the pdf. It costed me a few evenings work, but is substantially easier than trying to coerce LaTeX to produce the html patterns I want.

What I am suggesting is:

Remember that you want your document to be able to survive as long as possible, so it is better to keep the basic LaTeX or other mark-up to a minimum.

Not the answer you're looking for? Browse other questions tagged acrotex or ask your own question.

37
Pop-up references in PDF output
35
Does TikZ support interactive animation?
34
Explanatory bubbles in beamer
34
Mouseover events in beamer: hovering on \eqref and a comment containing the original equation popping up
19
"Interactive PDF, Latex and Article of the Future" with opentype/truetype fonts and unicode
14
What is the best way to insert document-level JavaScript in LaTeX documents
9
Hello World in pdfLaTeX
15
LaTeX mark-up as a generic mark-up language
16
Features that could not be replicated on paper (e.g. animation, tooltips)
9
Is it possible to associate part of a drawing to a pdfcomment (or similar) interactive bubble?
See more linked questions

14
What is the best way to insert document-level JavaScript in LaTeX documents
19
"Interactive PDF, Latex and Article of the Future" with opentype/truetype fonts and unicode